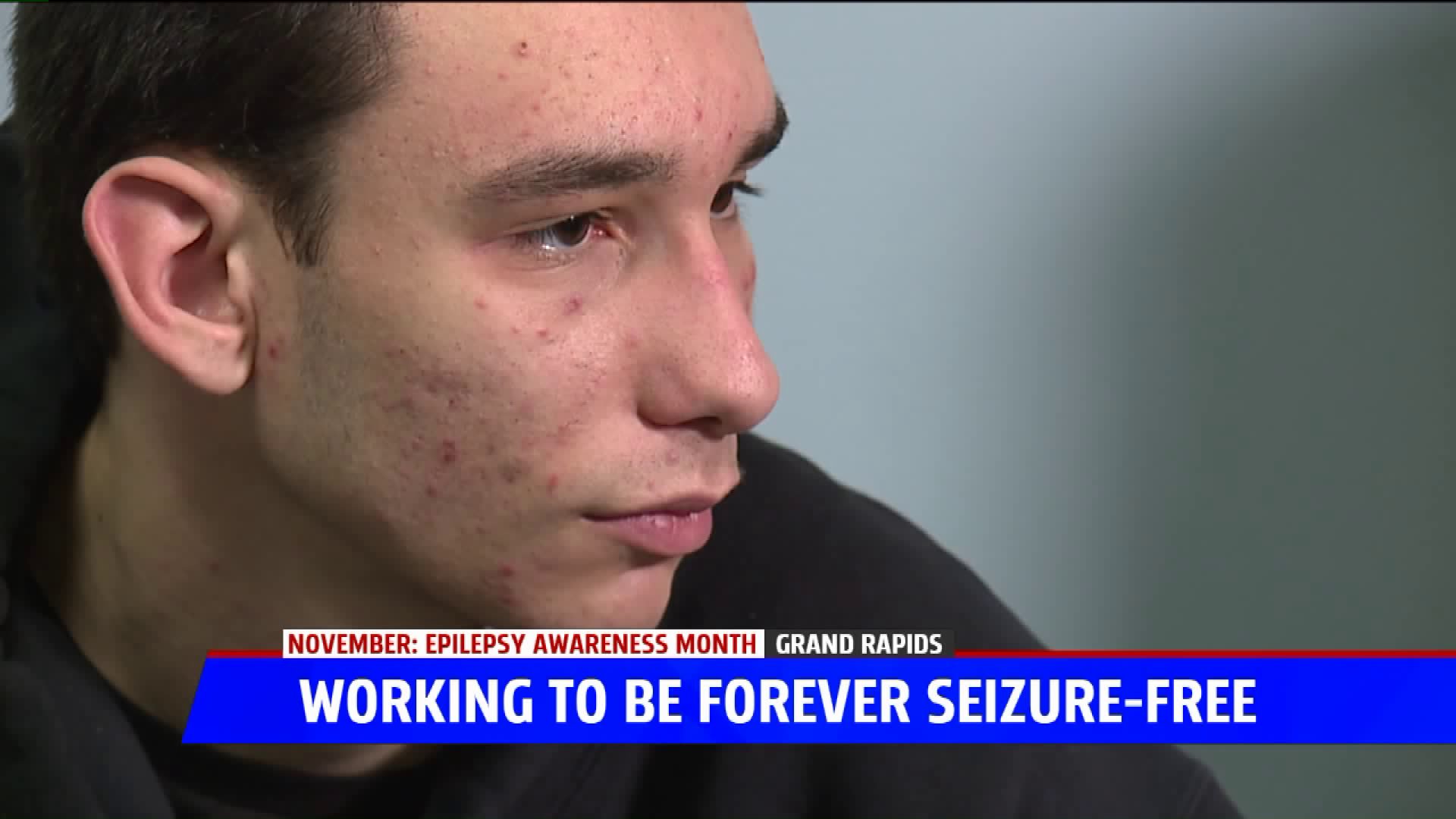 GRAND RAPIDS, Mich. -- For most of 17-year-old Chris Polakos' life, he has had seizures.

He was diagnosed with epilepsy at a young age. For years, he tried every type of medication available.

“Every time we would change medications, we’d have a honeymoon period where things seemed to quiet down,” said Mollie Polakos, Chris' mother.

Those good results never lasted long. Sometimes, Chris would seize for as long as ten hours.

“He has seizures in his sleep, and not knowing if he was going to wake up in the morning or not was always a concern of ours,” Mollie Polakos said.

Each time, Mollie Polakos says his memory was wiped clean. Because of the pervasive amount of seizures Chris was having, he was referred to Dr. Burdette with Spectrum Health.

After extensive scanning and tests, Burdette recommended Chris get a device to help stop his seizures called a "responsive neurosimulator" or RNS.

Chris' mom says it allowed him to have his life back.

“The next day we went into surgery, and it’s been a blessing ever since. He’s been seizure free for three years now,” Mollie Polakos said.

For more information on the disorder, visit the Epilepsy Foundation of Michigan.