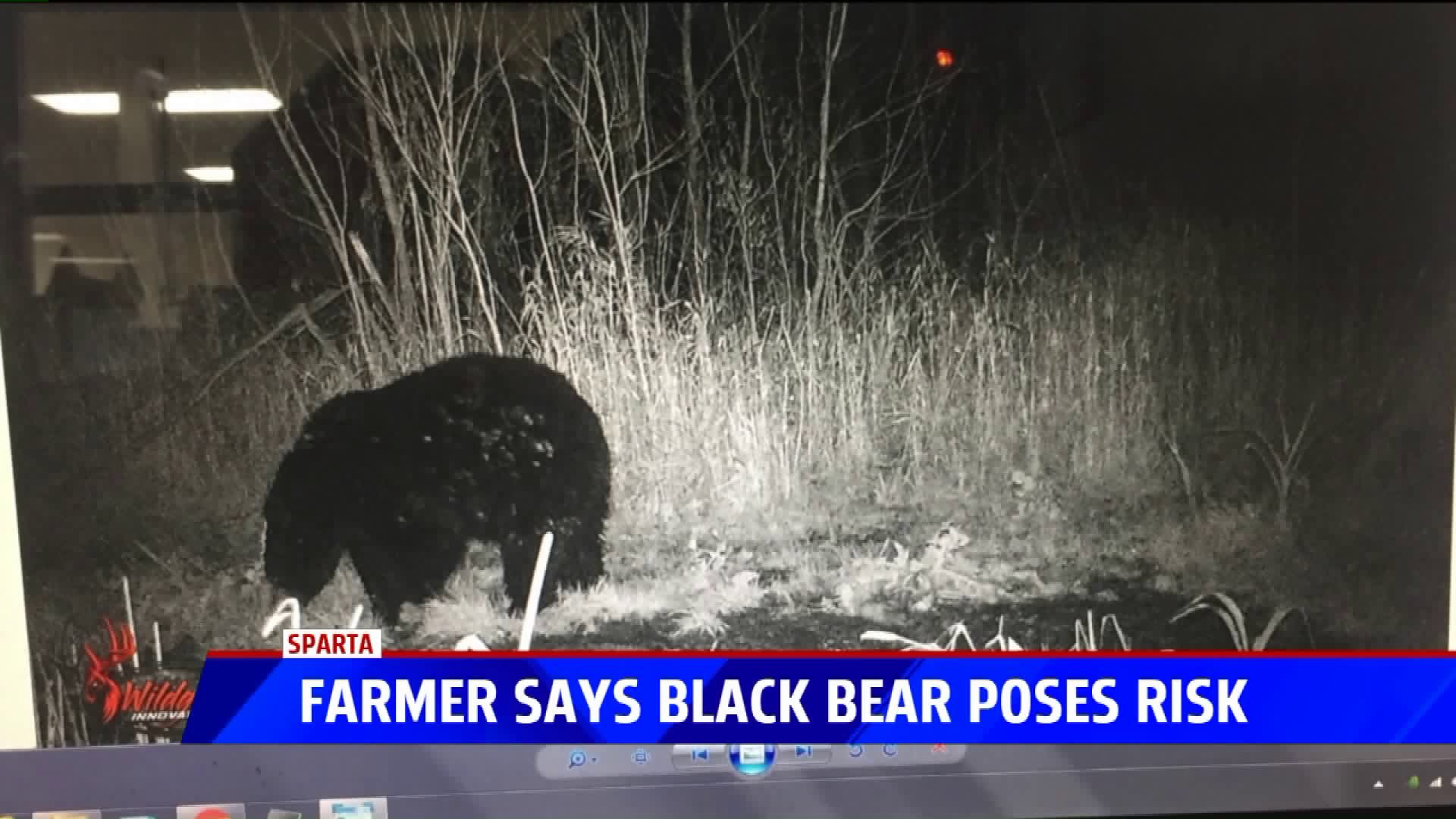 SPARTA, Mich. -- After 51 years of farming, Jim May says this is the first time he's had a bear as a nuisance.

"You could see footprints here from the bear," he pointed.

He says his son discovered rips and tears in the protective liner surrounding their fertilizer tanks on Tuesday. He said the two tanks hold a combined 18,000 gallons of fertilizer.

"If one of those tanks rupture and with the tears that's in this liner, my fertilizer will end up in the ground and the ground water which this is what this containment is here to prevent," he explained.

May says it's part of May Farms efforts to be environmentally friendly. He says his son initially thought it was a raccoon posing a threat.

"I saw the paw print and said we don't have a raccoon. We got a bear," he said.

A neighbor caught a shot of the black bear on a trail camera.

"The bear was actually trying to tear the camera off the tree," May said.

"We know the bear has been here several times," he said.

May says he doesn't blame the black bear since new developments are pushing them out of their habitat. He said he reached out to the Department of Natural Resources because he's
uncertain how to handle the situation which he says poses an environmental threat.

"My biggest concern is who's responsible, and who's going to pay it? This liner is not cheap," May questioned.

The DNR told FOX 17 the department is unsure of any opportunities for May to get reimbursed. The agency says there have been other recent confirmed bear sightings in the area, and the decision for the DNR to take action will depend on the bear's behavior. If the bear is persistent in tampering with the fertilizer tank area, then an electric fence could be a possible solution for the property owner.