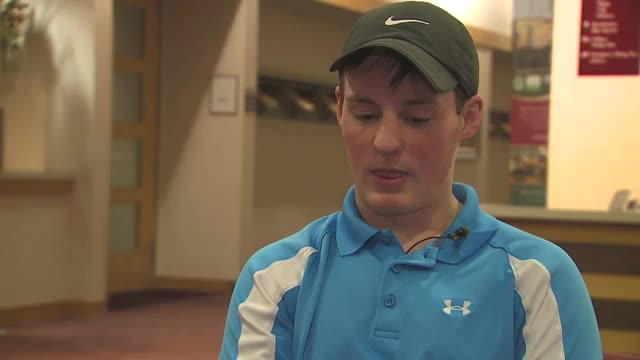 Oskam, 21, was killed when a car being pursued by Michigan State Police hit her vehicle at 52nd Street and Broadmoor. Oskam and a passenger in the vehicle, David Torrez, 15, died at the scene.  The driver, Alex Torrez,16, was injured and found to not have a valid driver’s license.

In a In Memoriam posting on Calvin’s website Tuesday, Oskam was remembered as “brilliant, hard working and kind; someone who was filled with joy, had a passion for serving others and who was creative. Her friends say she had a wicked sense of humor, was dedicated and diligent, and was simply amazing on every front.”

Visitation for Oskam will be held on Wednesday, March 15, from 2-4 and 6-9 p.m. at Matthysse Kuiper DeGraaf Chapel in Kentwood (4646 Kalamazoo Ave. SE). Her funeral will be Thursday at 1:00pm at First Byron Center Christian Reformed Church at 8541 Byron Center Avenue.  A school memorial will be held at a later date.

Her boyfriend, Chad Beisel, shared his memories of Oskam with FOX 17 Monday night. Watch below for his extended comments.