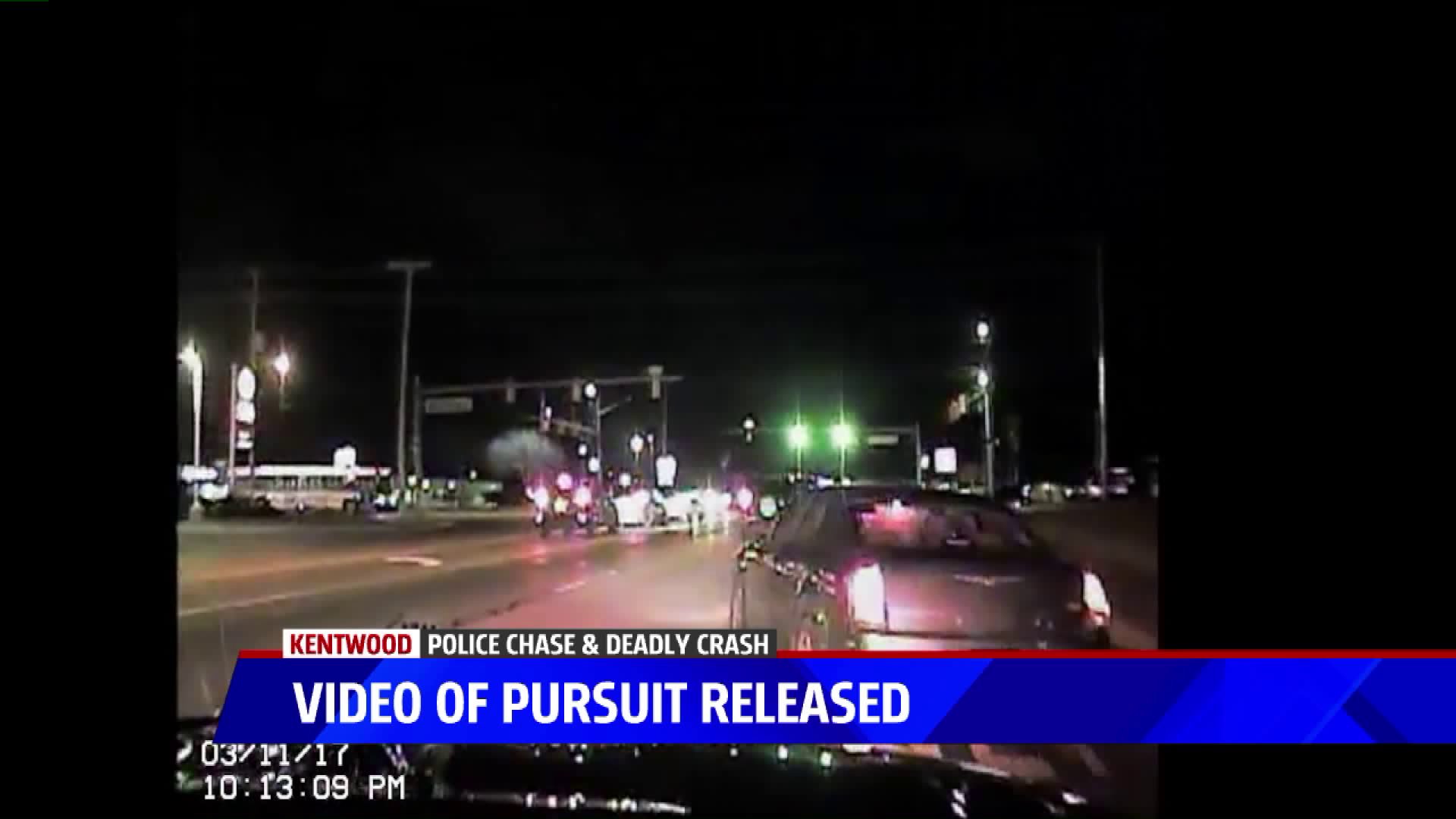 KENTWOOD, Mich. -- Investigators have released the dash cam footage taken by a state police cruiser during a high-speed chase.

The pursuit happened shortly after 10 p.m. on March 11. Investigators say a trooper tried to pull over Alex Torrez, who was 16 years old at the time, because he was speeding and didn't have a valid driver's license. Instead of stopping, investigators say he took off, leading a trooper on a high speed chase.

The dash cam video shows Torrez weaving through traffic and driving through red lights. The video was released to FOX 17 through the Freedom of Information Act.

Investigators say Torrez eventually slammed into a car driven by Tara Oskam, 21, at Broadmoor Avenue and 52nd Street. Oskam, who was a junior at Calvin College, died at the scene.

Torrez's passenger, David Torrez, 15, was also killed at the crash. Officials say the two were cousins.

Alex Torrez has been charged with two counts of second degree murder and is being charged as an adult in the case.  Prosecutors say evidence shows Torrez had alcohol, marijuana, and controlled substances in his system at the time of the crash.

Following the deadly pursuit, Michigan State Police said they have a list of seven criteria used to determine when to chase a suspect. They say this case met all of those factors and say the trooper was justified in the pursuit.