Mother finds baby dead at daycare, says he was bitten 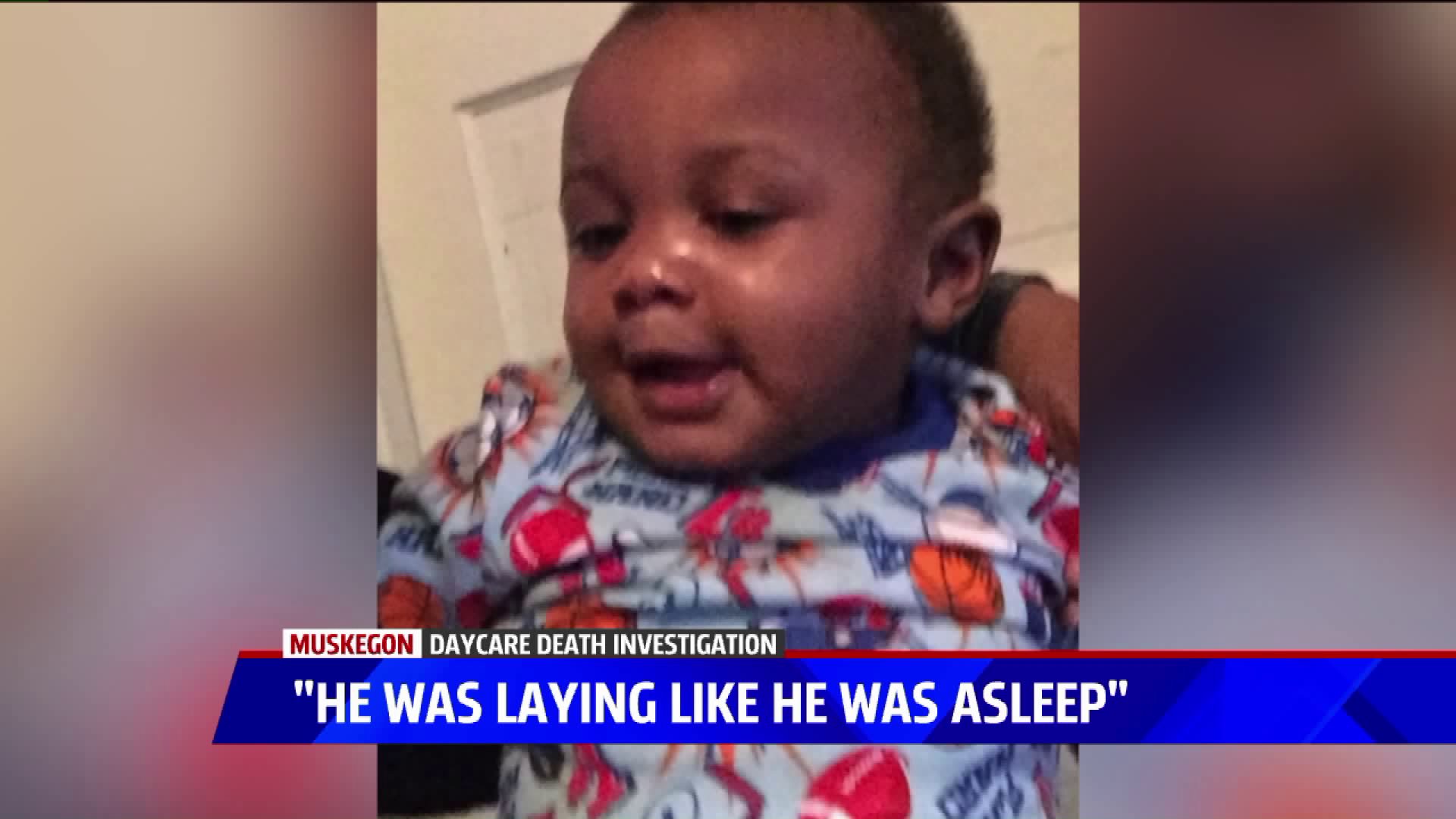 MUSKEGON, Mich. – A mother who found her 1-year-old son dead when she went to pick him up from daycare on Friday says he had multiple bite marks and bruises on his body.

Bryanna Reasonover is the mother of that baby, Korey Brown. She is demanding answers about what happened at the daycare and how he died. She also says her baby was covered with bite marks and bruises when she went to get him.

Bryanna says she dropped off Korey and her 3 other children Thursday night at ‘Keysha’s Keepers’ daycare on the corner of Catherine Street in Muskegon.

“When his face rolled over he had all these bruises on the side of his face. And that’s when I said what’s wrong with my baby’s face," says Bryanna.

Bryanna says the ladies who work at the daycare had no idea anything was wrong with Korey. He reportedly never work up and never regained consciousness. Bryanna says a doctor pronounced him dead later that morning at a hospital.

FOX 17 went to that daycare and tried to speak with the owner Keysha Collins, but nobody was available for comment. Phone calls were also not returned.

State records show the facility’s license was approved in November and expires next month.

Korey Brown’s autopsy was performed Saturday, but so far a cause of death has not been released.

Police in Muskegon confirm they are investigating the case but would not comment any further.