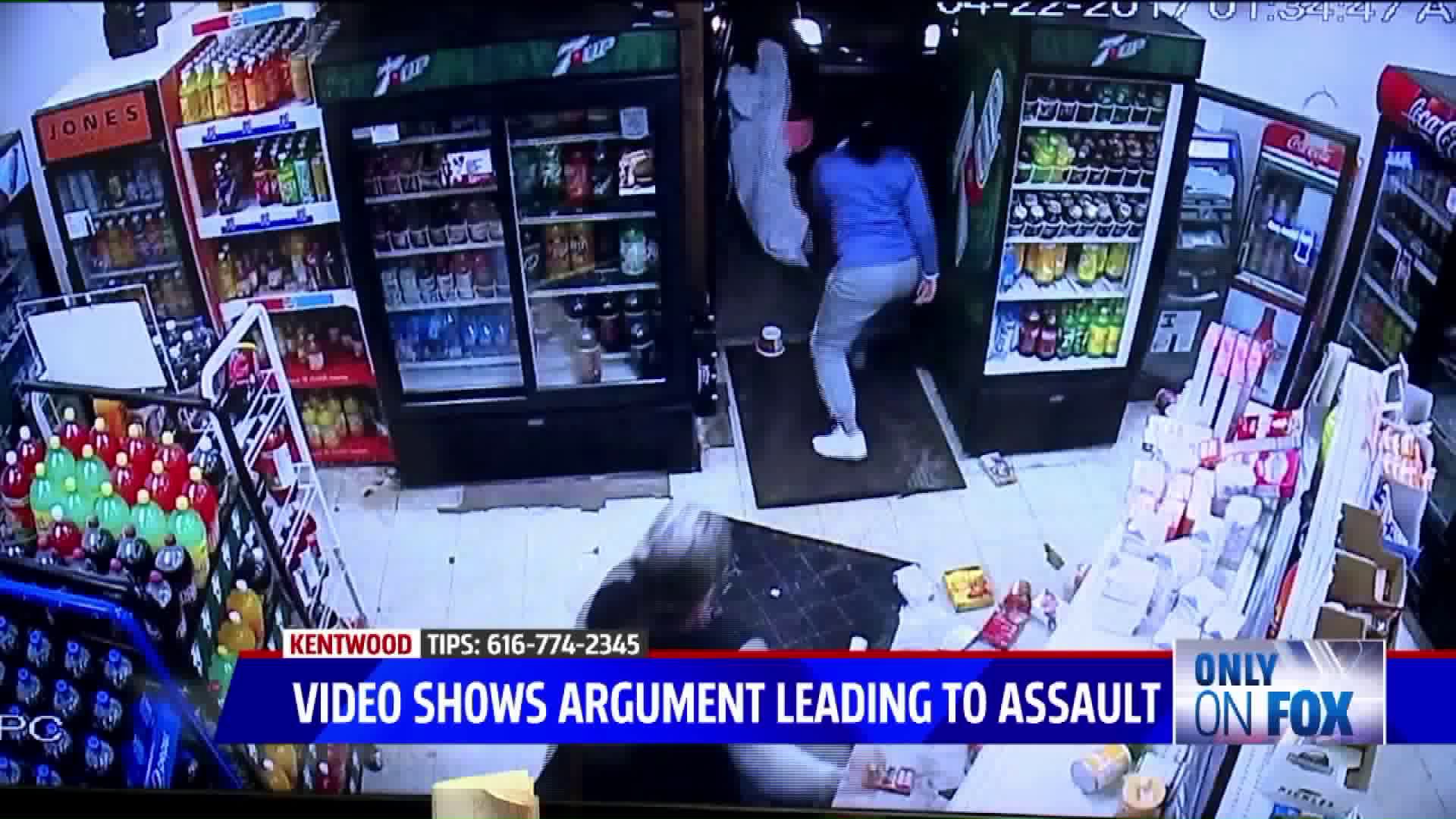 KENTWOOD, Mich. — A manager of a local party store remains hospitalized with a fractured leg, broken pelvis and bleeding on her brain after police say she was hit by a vehicle driven by an angry customer.

Employees of T&J Party Store, 2892 Shaffer Ave. SE in Kentwood, say surveillance video shows the altercation between the manager and three women which ended with the manager being run over in the store's parking lot early Saturday morning.

In surveillance video exclusively obtained by FOX 17, the three women can be seen pulling up to the store's drive-thru window around 1:30 Saturday morning.

"They were arguing about the price," said an employee who only wished to be identified as Jose. "[The owner] just got tired of dealing with it, so she closed the window."

Jose said he believes that's when the women became upset, so they came inside the store.

Out of fear for her safety, employees and family would only identify the manager hit as 57-year-old "Kristina."

The three women and Kristina began arguing once they entered the store, according to Jose, who said the women told Kristina they would not leave until she apologized.

Surveillance video shows the women respond by beginning to trash the store.

"One of the two girls who came in after said 'well we'll give her something to get mad about,' and they started pulling down the shelves of the snacks," Jose told FOX 17. "The chips, they pulled the shelves and that's when Kristina started chasing them because they started running."

Kristina chased the women into the parking lot where they got into their SUV. Surveillance video shows Kristina run to the passenger-side window as the vehicle begins to back up, knocking her to the ground before running her over.

"I found her on the ground, she was laying there," Jose said. "If it would've been a few inches further they would've run over her stomach, so it was lucky that it wasn't and it was just the legs otherwise it would've been worse."

Jose said other customers ran out to help while he called police.

Police have not yet identified the women. No arrests have been made.