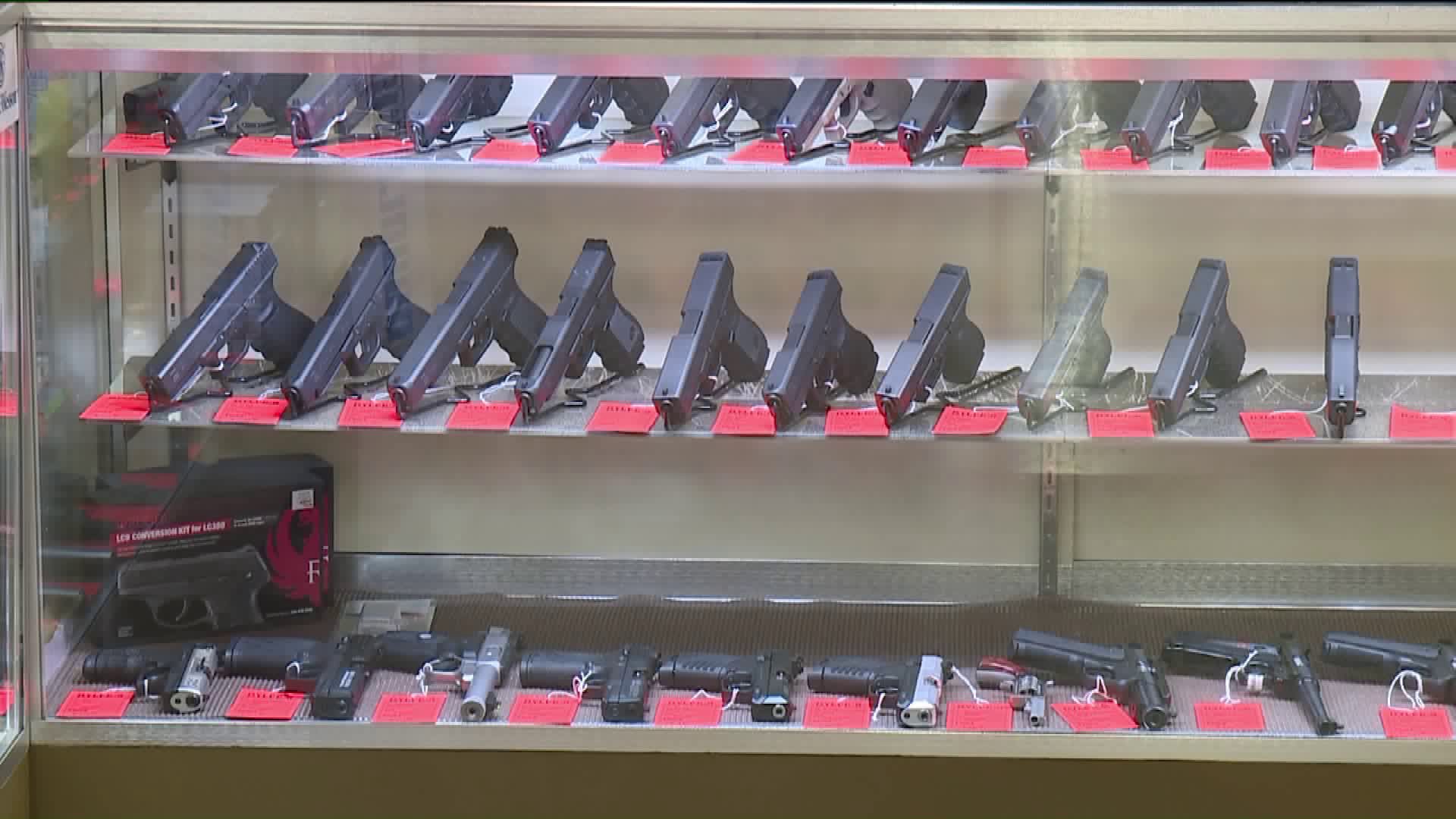 The incidents happened Saturday night and early Sunday morning.  Police say more than a dozen handguns were stolen in one of the break-ins.

The first break-in happened at about 10:30 p.m. Saturday at Rylee's Ace Hardware, 1234 Michigan St. NE.  The suspects smashed glass doors to get into the store but were unable to gain access to weapons, police said.

About an hour and a half later, the Bachelder Master Gunmakers, 700 Plymouth Ave. NE. was broken into.  Police say no guns were taken during this break in, either.

Barracks 616 owner Greg Glascow says he has more than 30 security cameras, and that three masked men were seen in his footage.

"It's very disheartening when this happens because we live in this community too," he said. "And we don't want firearms running around in the hands of people who don't deserve to own them."

In all three break ins, authorities say the suspects smashed windows and doors to gain entry to the stores.  No description of the suspects is available at this time, police said.

This weekend's break-ins come days after several people, including teenagers were arrested following a break-in at Cabela's last week.  Several guns were stolen and many of them have been recovered.

Investigators are looking to see if this weekend's break-ins are connected to the Cabela's thefts.