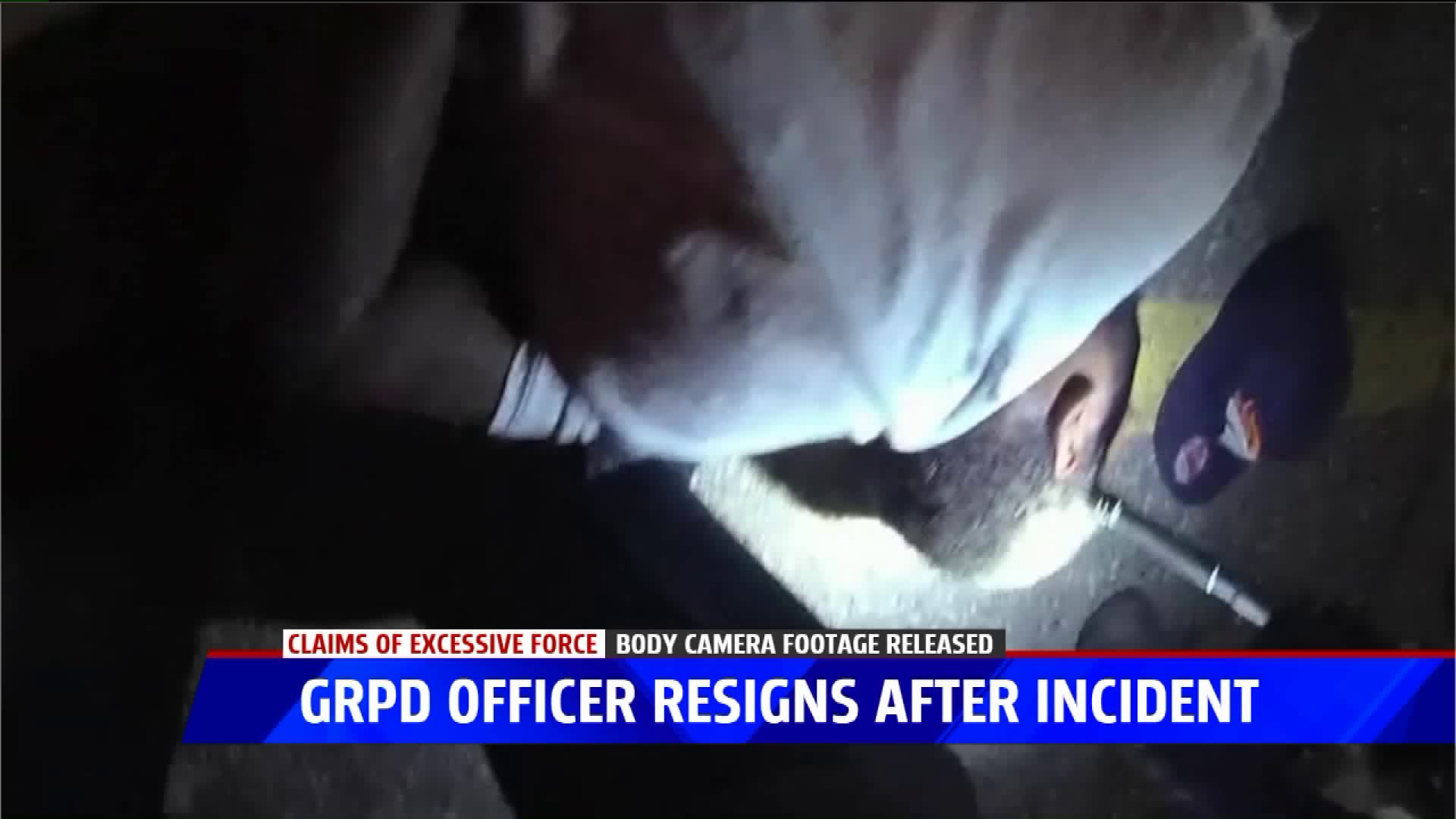 GRAND RAPIDS, Mich. -- Grand Rapids Police are releasing more details in an officer's resignation after an excessive use of force complaint.

Officer Kevin Penn was accused of using force  "not consistent with training or standard procedures" in an incident on Aug. 19.  Penn was suspended on Sept. 12 and police say that they were moving towards firing him when he resigned.

An internal affairs review FOX 17 obtained through a Freedom of Information Act request says police received a call about an armed robbery attempt  in the parking lot of the CVS Pharmacy at 727 28th St. SE. The caller said he was punched in the face by a suspect who implied he had a gun.

Several officers responded to the scene, where they say they found 28-year-old Javonte Howell, a homeless man who matched the suspect's description. Officers say Howell wasn't complying to verbal commands. A taser was used and he dropped to the ground.

While Howell was being handcuffed, the report says Penn went to Howell with his rifle drawn. He then pressed the muzzle against Howell's head with "downward pressure."

"This is a gun, if you move, you possibly could be injured, do not move, does that make sense?" Penn told Howell. Howell said he understood and began crying that he was hurting. The report says Penn immediately responded, "Yes it does."

Howell was complying with officers while being handcuffed, the report notes. The officer putting the handcuffs on Howell. Officer James Smith, reportedly realized the force Penn was exerting on Howell and pushed the muzzle away, telling Penn, "All right Kevin."

Howell was arrested that night for aggravated assault, outstanding warrants, and resisting and obstructing police. A police report says he admitted to being drunk that night after drinking two pints of vodka. He denied assaulting anyone or implying having a weapon.

Four days after the incident, an excessive force complaint was made against Penn by one of the other officers at the scene. The report concludes that Penn used unreasonable force not consistent with his training.

The Kent County Prosecutor is reviewing the incident for possible charges.