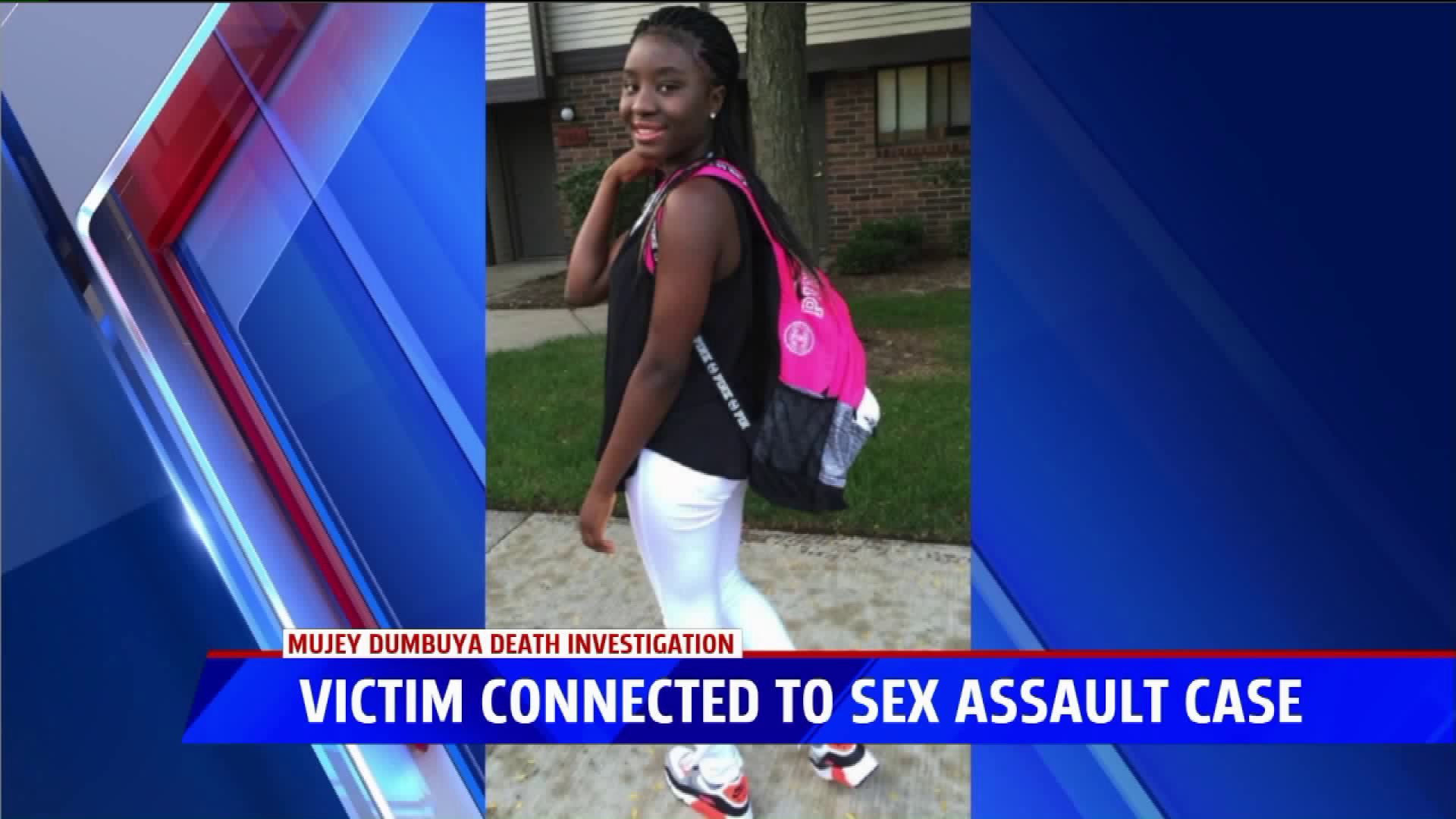 GRAND RAPIDS, Mich. -- The Kent County Prosecutor's Office says a 16-year-old girl who was found dead in Kalamazoo last week was the victim in a sex assault case that was set to go to trial later this year.

Mujey Dumbuya was found dead Jan. 28 in a wooded area in Kalamazoo's West Douglas neighborhood.  Her body was found four days after she was reported missing by family members in Grand Rapids. A funeral for Mujey will be held Saturday at Christian Reformed Church off Eastern Avenue.

The prosecutor's office says 42-year-old Quinn Anthony James is the suspect in a sex assault case in which Dumbuya was the victim.  James is currently in custody in Kent County on a separate charge of third-degree criminal sexual conduct as well as assault with intent to do great bodily harm.

Authorities say a 'no contact' order was in place between James and Dumbuya as that case moved forward.

Kentwood Public Schools issued a statement Wednesday confirming James had been an employee with the district and had been accused of assault by a student in the summer of 2017. He was later fired.

Here is the full statement from the district:

The district terminated Mr. James employment on November 30, 2017. In regards to the allegation, here are the facts, as we know them:

In the middle of November 2017, district leaders were made aware, by a student and her family, of an alleged assault that occurred during the summer months of 2017, when school was not in session. In the November meeting, the student shared that the assault occurred off property and outside of school hours during the summer months. After assisting our student, her family and law enforcement with the allegation, we discovered that it was possible one of our grounds and maintenance crew members, Quinn James, could be involved. The allegations noted that through social media, the student met another high school student from Saginaw, Michigan. When visiting with that Saginaw high schooler, our student became familiar with Mr. James, who is a relative of the Saginaw student.

As a grounds and maintenance crew member, Mr. James focused on delivering documents and care of the grounds and facilities. He had very little contact with students, and none as part of his job responsibilities. However, when the criminal charges came to the attention of the school leadership, the district took immediate action to investigate, interview and subsequently terminate the employment of Mr. James. His failure to be forthcoming around the assault charges, and acts of misconduct violating Board and District policies and state laws, led to his dismissal.

When misconduct allegations involve an employee, we immediately work with the appropriate authorities to investigate and act based upon the facts, district policies and the district’s values. We also focus our attention on supporting the student and their family by offering counseling services and addressing any safety concerns. It is our understanding that local law enforcement is still investigating the case. We continue to cooperate fully with law enforcement as they identify and investigate the facts. All further questions for additional information should be directed to the appropriate law enforcement agencies so as not to jeopardize their investigation.

The safety of our students and staff is our first priority. We appreciate our partnership with parents and the community as we work together to provide a safe environment and an education of excellence for all our students.