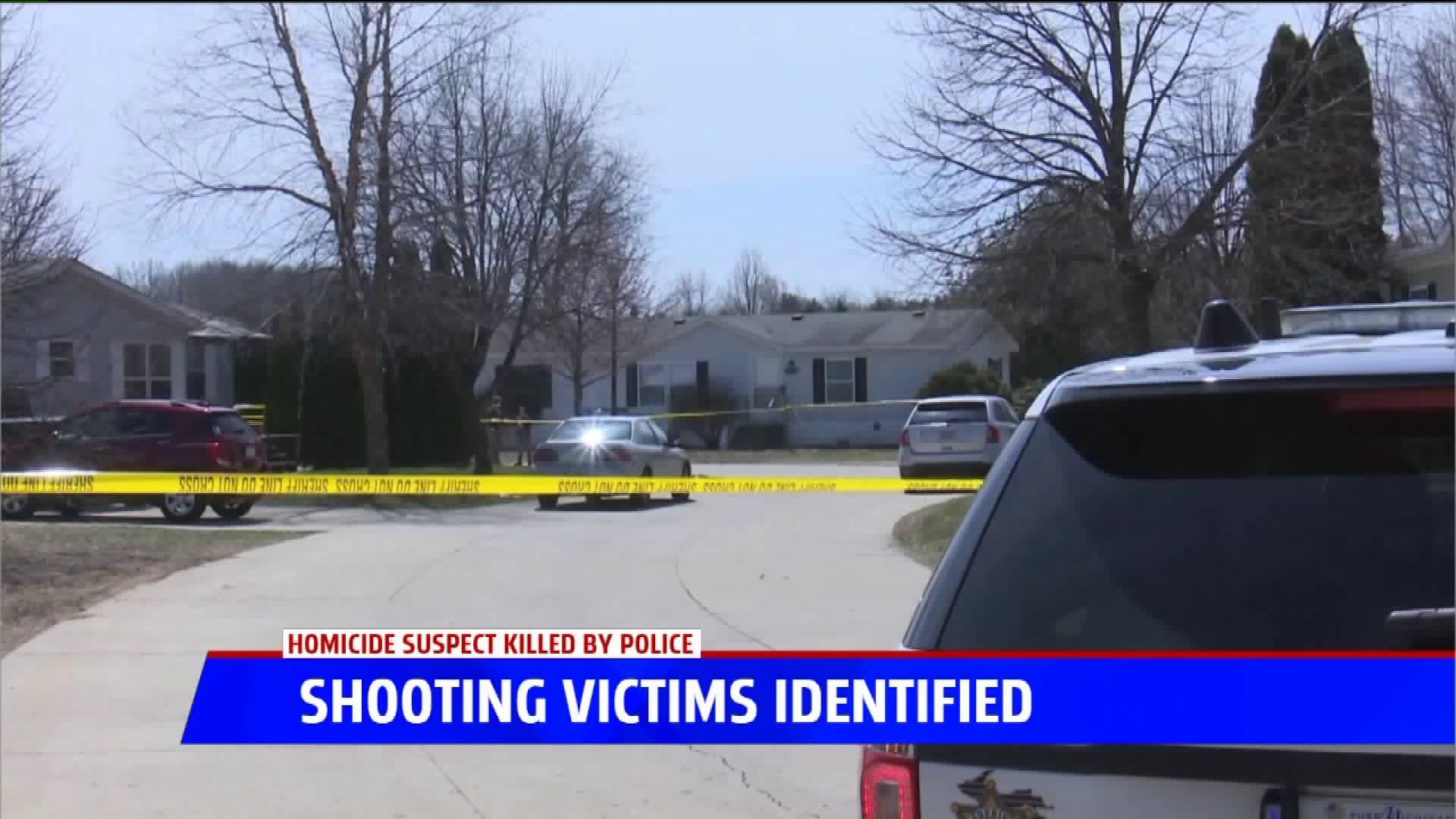 WEST OLIVE, Mich. -- The woman whose husband held her at gunpoint outside their home Sunday morning had filed for a divorce that was pending, according to court documents. Police believe her husband shot two people in Muskegon, one fatally , immediately before driving back to their home in West Olive.

The set of domestic incidents began Sunday morning before 7:30 a.m. in Muskegon when a 27-year-old man, not yet identified by police, shot Mariah Cantu, 25, and Jordan Carey, 29, at a home on Merrill Avenue. Cantu was treated and released from the hospital; Carey was killed.

"We do believe that the homicide in Muskegon was an individual who was known to this couple in some fashion," said Capt. Mark Bennett with the Ottawa County Sheriff's Office.

Police say the suspect drove back to West Olive with his wife in the car, and that woman's father says she was held at gunpoint during that ride. James Grubb tells FOX 17 his daughter Mary Hartman, 26, made frantic calls to he and his wife, then texted police, that she was afraid her husband, Matthew Hartman, 27, would kill her.

"She called us and said, ‘I can’t talk long, he won’t let me turn my phone on but I’m calling you to let you know he just shot two people,' then her phone went dead," Grubb said.

Police say the suspect then held the woman at gunpoint outside their home at West Olive Estates off of 146th Avenue. When police demanded the suspect drop the gun and he refused, police shot and killed the suspect who they identify as a 27-year-old man from West Olive.

"Mary thinks it’s because he wanted to hurt Mary, by forcing her to watch him shoot her best friend," said Robert German, the attorney for Mary Hartman who was held at gunpoint.

Mary Hartman was granted a PPO against her husband Matthew Oct. 2017 but then terminated it 13 days later writing in part that, "My soon to be ex-husband find it harder to communicate with one another. Also going to try and get along for our son's sake. We are agreeing on everything with the divorce." The couple share a five-year-old son, and Mary filed for divorce Aug. 2017. Their final hearing was set for Monday, April 30, according to records.