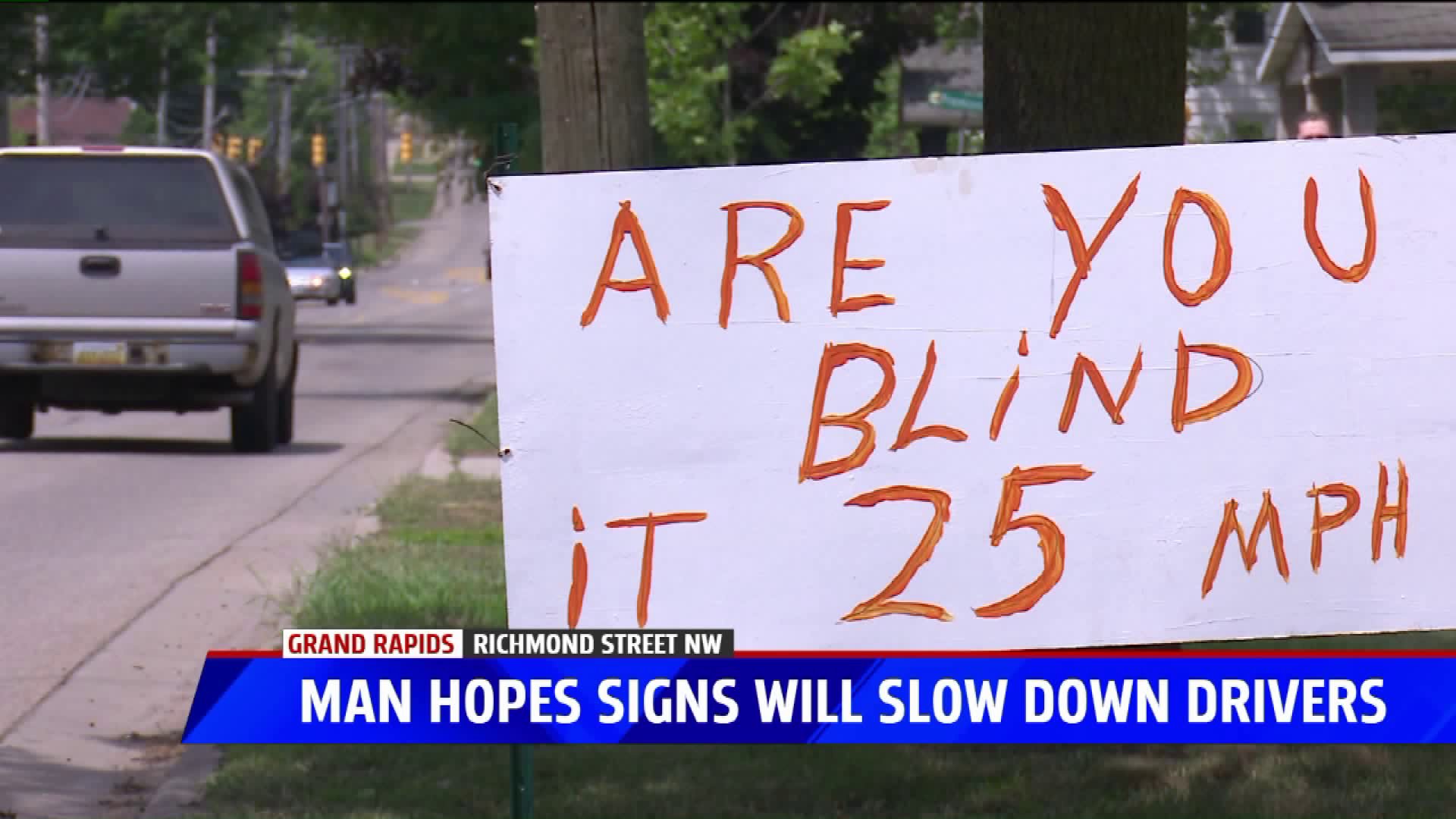 GRAND RAPIDS, Mich. -- A Grand Rapids man is at it again with a sign reminding people who drive down his street to slow down.

Ward says he's here to remind drivers that the speed limit outside his house is 25 miles per hour.

"By the time they hit this here driveway, they're doing at least 50-55 miles an hour," he said.

Neighbors say you'd have to be blind to miss Ron's signs.

The City of Grand Rapids says your best bet if you have a similar problem is to call your neighborhood association.

As for Ron's neighborhood, the city traffic manager says there's no specific action plan for the area of Richmond and Alpine right now other than possible work on pedestrian crossing signs.

"It is a busy road; because of the highway, they can't get across," he said. "They want to get into town, and they figured out Richmond Street cuts into town."

He hopes his sign reminds them to drive safer, but also believes there should be more speed limit signs on his road.

"Slow down, the whole neighborhood's got kids," Ward said.

This isn't the first time FOX 17 has talked with Ron. He grabbed quite a bit of attention with similar signs in the summer of 2014.