Effort to clean up beaches honors life of Jonathan Brussow 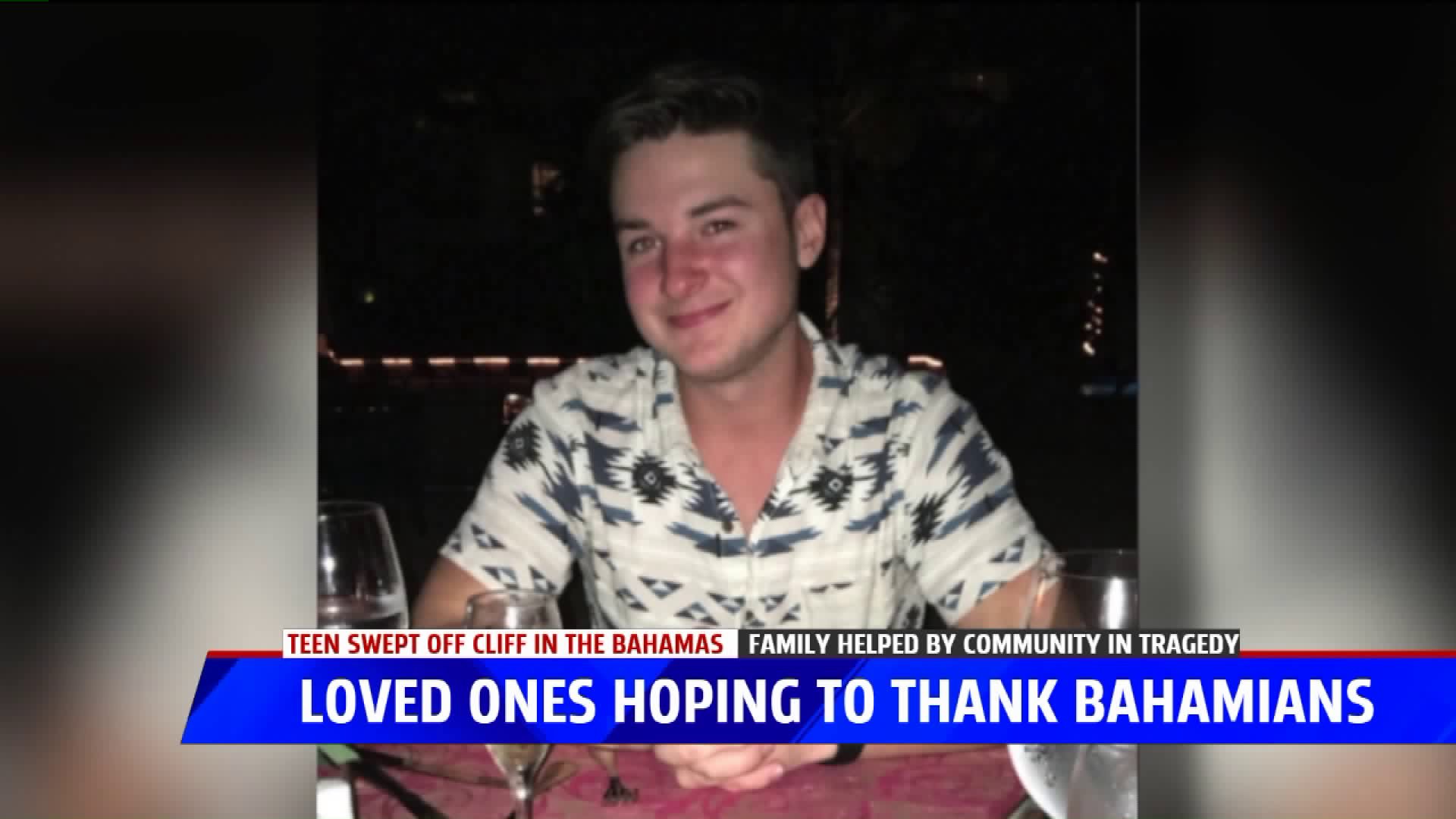 GRAND RAPIDS, Mich.-- After losing her boyfriend, Athena Williams and her stepbrother are starting a fund to give back to the people of the Bahamas who helped them during their darkest hour.

In March, Jonathan Brussow as on vacation  on the island of Eleuthera with Williams and her family when he was swept away by a giant wave. Before he entered the water, he was sitting on a cliff with Williams' stepbrother Erik Alward and asked permission to propose to Williams.

“That was absolutely my first thought. I never wanted to go back," Williams tells FOX 17.

What changed her mind was the kindness of the people of Eleuthera, who fed them and helped Williams and her family search for Brussow.

“They just kept giving," Williams says. "They took care of us and did not ask for anything in return.”

It didn't take long for Williams to change her mind about never going back.

After hearing about what happened to Brussow, Williams says a doctor in the Bahamas decided to drop everything and start a medical clinic in Eleuthera. Now, Williams and Alward want to further the efforts to improve the island by funding a clean-up effort for the same beaches they spent days on searching for Brussow's body, beaches littered with garbage.

“We both just really want to give back to the island," Williams says. "That is just our main goal even though they’re not asking for it, they deserve it.”

They launched a GoFundMe page to raise $10,000 for this effort, with any leftover money going toward the new medical clinic. Williams says it's something Brussow would do, which she's reminded of every day.

“One of my really good friends, he made this bracelet and it stands for ‘What would Jonathan Brussow do?'" Williams says. "And our community has taken that into consideration very, very hugely and everywhere I go I see these bracelets all over, even people I don’t know.”

Williams hopes he would be proud.

"Jonathan had a way with words. He would probably say, ‘Yee-haw baby girl!’ He knows that, I hope he knows that we’re doing this for him," Williams says.

In August, Williams and Alward plan to visit Eleuthera to see the new clinic. To contribute to their efforts, click here .