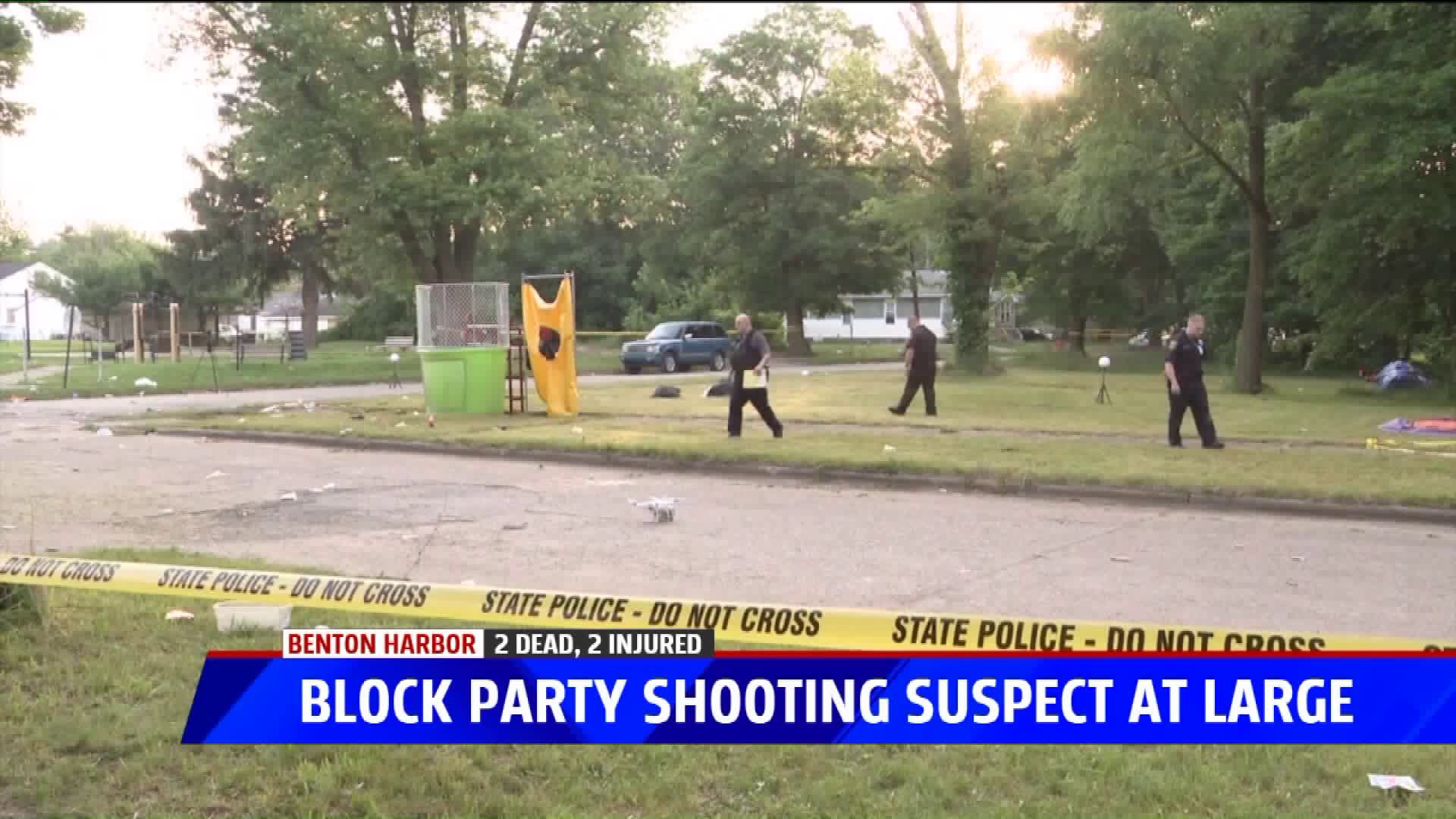 BENTON HARBOR, Mich. -- Authorities are searching for clues after two people were killed and two others were seriously injured after someone opened fire at a block party in Benton Harbor over the weekend.

It all started early Saturday morning around 1:30 a.m. when officers were trying to break up a party that was happening in the 1000 block of Lavette.

Officers heard several gun shots coming from the 900 block of Lavette but couldn't find a victim. A short time later, 23-year-old Andre Sanders showed up to the hospital after being shot multiple times and died from his injuries.

A short time later, there was another three people shot just near Edgecumbe and Forest Avenues in what police say was a very "chaotic scene". One person, identified as 26-year-old Joseph "Jo-Jo" Tyson, died from his injuries.

The other two victims, Robert Anthony White, 26, and Natasha Renee Hill, 34, were both rushed into surgery.

We're told the shootings happened during an annual block party in the neighborhood.

"This block party has gone on for three years and we have never had a problem with it," said Daniel E. McGinnis, Director of Benton Harbor Department of Public Safety.

So far, there is no suspect description or motive in this case. If you know anything, call police or Silent Observer.