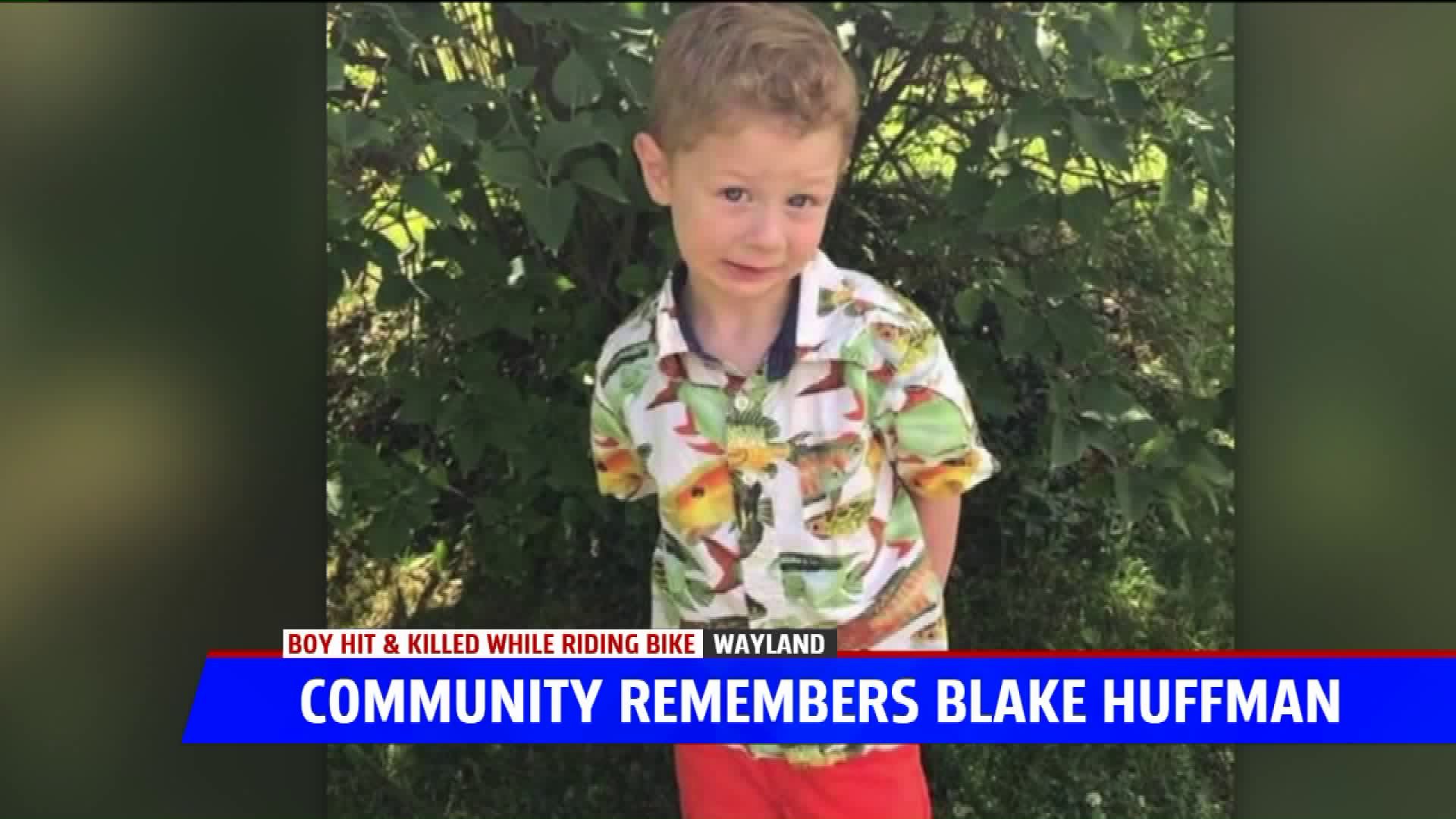 WAYLAND, Mich. – A 5-year-old boy was hit and killed while riding his bike in Wayland on Friday, relatives have identified him as Blake Huffman.

Relatives say the little boy had just learned how to ride without training wheels when he was hit by a Jimmy John’s driver making a delivery in the ‘Windsor Woods Village’ mobile home park.

As police investigate the accident, the community is devastated over the loss of someone so young.

“I’ve got little nieces and nephews that age and it’s a tragedy. I mean we have so many kids here at the park,”  says neighbor Jacqueline Tyler.

A witness to the crash says his heart sunk after seeing what happened Friday night.

“I remember seeing it looked like a bicycle being hit by a vehicle, I took off running down there to help," Clayton Parish told FOX 17. "I don’t know what I’d do if it were my own child in that circumstance, I don’t.”

Family members were too devastated to speak to FOX 17 News on camera Sunday but Blake’s grandmother told us the little boy had just learned to ride a bike without training wheels the night he was hit. She also says he was full of life, loved superheroes, swords and LEGO toys.

“I would like to say to the family please keep your head up prayers are with you," says Parish.

“It’s a tragedy and my sympathy goes out not only to the family of the little boy who was killed but also to that driver of that Jimmy John’s car. Because their life is going to be completely changed now,” says Tyler.

The owner of the Jimmy John’s in Wayland released this statement following the crash.

“[The] accident is a terrible tragedy for everyone involved. Our hear felt sympathy goes out to the family of the victim. We are fully cooperating with the police as they investigate the incident.”

Police have not released further circumstances regarding the crash, and have not said anything regarding charges at this point.

Blake Huffman was the middle child and had 2 sisters named Jessa (3) and Kaydence (7). Relatives say the family didn’t have life insurance and are trying to pay for memorial costs with a GoFundMe page.