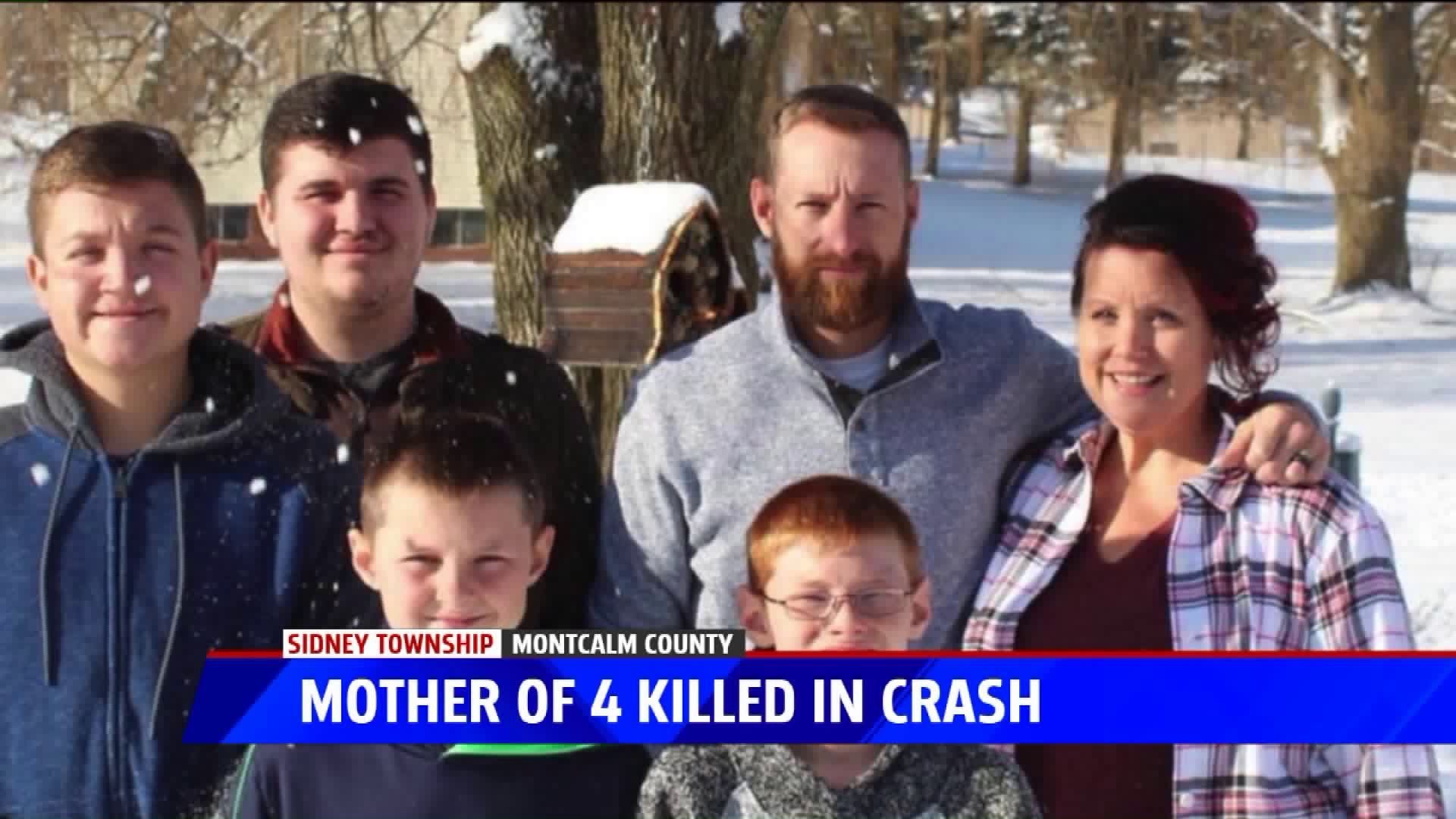 SIDNEY TOWNSHIP, Mich. -- A mother of four is being mourned after she died in a head-on crash over the weekend.

The accident took the life of Mary Jean Mahlich, when police say her car collided with another vehicle after she attempted to pass a slower car on Sidney road in Sidney Township.

The accident forever changed the lives of the Mahlich family.

"The magnitude of her being gone, I can't even put it into words. She's probably the most loving person I ever met," says Kevin Mahlich, Mary Jean's husband. The pair had been together 14 years, married for four of those.

Kevin says his wife was inspirational in so many ways, always giving and thinking of others, especially her four sons who range from ages 12 to 19.

"Her in my life and having her show me what love really is and showing me how important family really is, she really molded me into the man I am today. And I can't thank her enough for that, and the time that we had, the memories that we made," says Mahlich.

A close family friend that has known Kevin since childhood says losing someone so amazing is heart-wrenching.

"It was absolute shock, I was just devastated, I had just spoke with her last week," says Shawn Larson, a close friend of the family.

Larson says Mary Jean always did her best to make the world a better place for those around her.

"She was a pillar of the community, she was an incredible wife and incredible mother," said Larson. "She was so selfless, she was a phenomenal friend, a great mother, and awesome supporter, if you were in her life you would know that you were loved."

"This journey forward with these boys it's going to be very trying for a while. I know that I'll see her again someday," says Mahlich.

The Mahlich family is having visitation for Mary Jean on Thursday from 3:00 p.m. until 7:00 p.m. at Hurst Funeral Home in Greenville. Another visitation will take place Friday from 9 a.m. to 11 a.m. at The Church of Jesus Christ of Latter-day Saints in Greenville. Her funeral will immediately follow.

A GoFundMe account has been set up to help pay for funeral expenses.

As for the crash, the driver in the other vehicle was hospitalized. Her 10-month-old son who was in the vehicle at the time was not hurt.