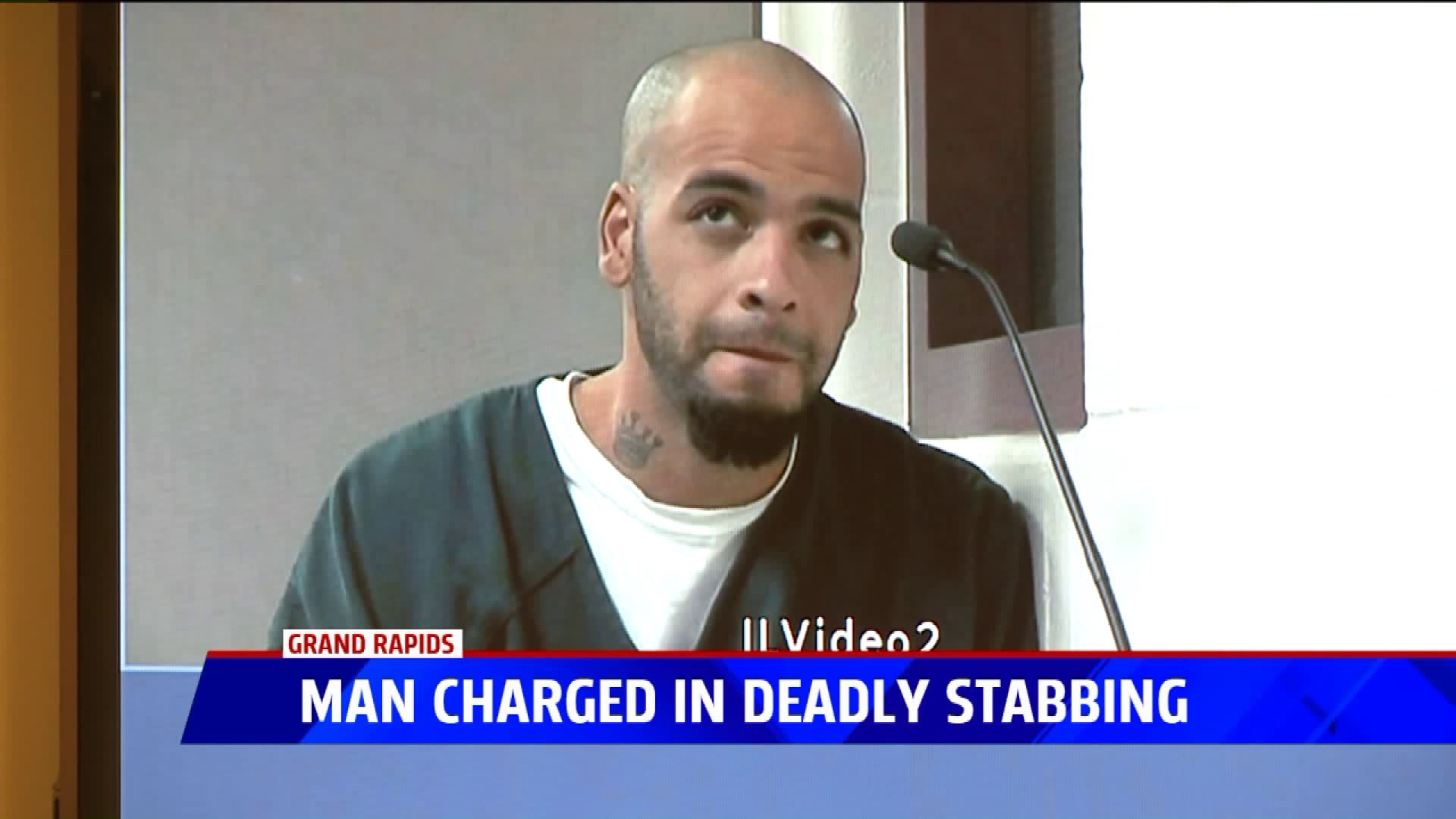 GRAND RAPIDS, Mich. -- A 33-year-old man is charged with murder in the stabbing of Joey Vitale.

Grand Rapids Police say Vitale was working at the restaurant when Streets allegedly came in, caused a disturbance and refused to leave.  It was then that Vitale was stabbed.

After that, Streets is accused of robbing another person in the restaurant's parking lot and stealing a car from a third person.  He was taken into custody shortly after the stabbing, police said.

Vitale tried to drive himself to the hospital after the stabbing and crashed on Wealthy Street SE near La Grave.  He died Thursday morning.

Hundreds of loved ones held a vigil for Vitale Thursday evening at Burton Heights Pizza.

Vitale leaves behind a wife and two children. His funeral is set for Monday.

#UPDATE: Tony Streets arraigned on murder charges for the death of Joey Vitale. Tune in to @FOX17 tonight to hear what else happened on the night of Vitale’s death that led to two other charges for Streets. pic.twitter.com/Bpmz3zMPZp