Mother of 12-year-old handcuffed by police: ‘I was terrified’ 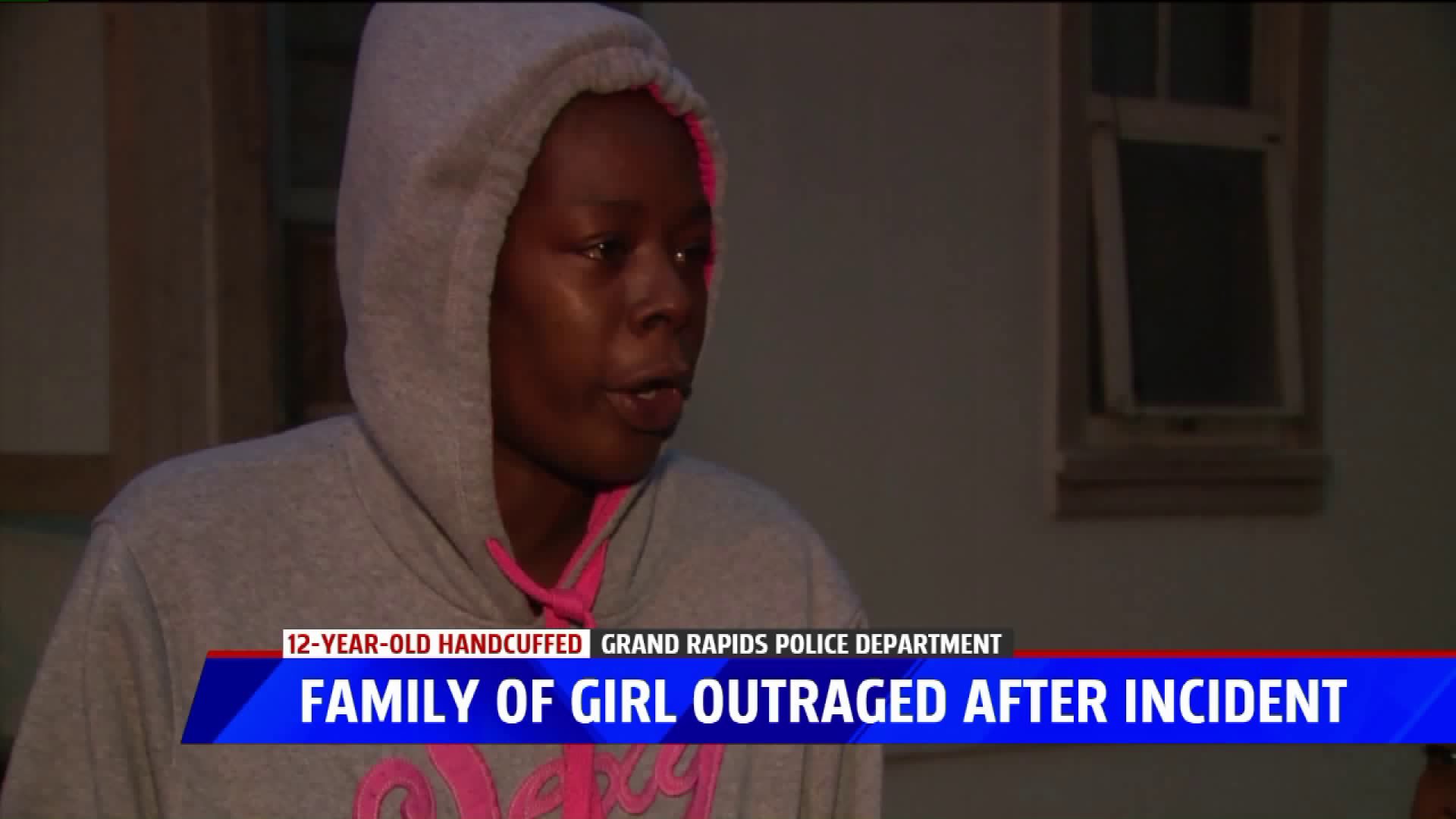 GRAND RAPIDS, Mich. -- The mother of a 12-year-old girl who was handcuffed by Grand Rapids Police last week says she was terrified for daughter during the encounter.

It happened October 9 when police were called to Batavia Place NE just north of E. Fulton.  A person called 911 to report a shooting at a nearby house and claimed to see a woman running from the home.  GRPD said in a release Monday that no gunshot victims or any evidence of a shooting were  found.

Rennae Wooten says that not only was her daughter Charlisa handcuffed by police when they responded to the house, but her 10-year-old son John was detained and placed in the back of a police cruiser for over an hour. She says both of her children are traumatized.

"I was terrified. I'm hurt," Rennae Wooten said. "That's all I kept worrying about: 'Where's my kids at?' It's like, 'Oh they're in another police car, they're fine, they're gonna be okay.'  And I cried, I cried, cried. I just kept asking the officer 'Where are my kids? Are my kids okay?' He's like 'They're fine, they're back there talking about schoolwork and stuff."

Wooten says since the incident happened, her kids have been scared of police. She also questioned what Grand Rapids Police Chief David Rahinsky has said about his officers following protocol.

"That ain’t normal. We need some justice to be done, that is not normal, that’s a 12-year-old," Wooten said. "After y’all called and and had numerous people tell you how old these kids was, by her being the second person out the house, y’all still handcuff her? And she told y’all how old she was."

Wooten's son John says his impression of police has changed after the incident.

"I used to like them when I was in kindergarten but after this happened then I don't like them because, I don't know why," John Gardener said.

A close family friend who was also there that night says she doesn't think the department has made much progress when it comes to how they handle working with children.

"They’re young please do not hold them at gun point or none of that and they did exactly the opposite of what I asked them not to do and they said they were gonna do so at that point, y’all lied to me," said Keahja Keits. "Y’all disrespected the boundaries between me and my little sister and you terrified them to where now every day they see me they hug me as if it's their last time seeing me. I shouldn’t have to go through that."

Wooten says Chief Rahinsky tried calling her this week but she hung up on him an doesn't plan on speaking to him any time soon.

The incident comes months after police created the 'Honestie Policy' named after 11-year-old Honestie Hodges, who was handcuffed by GRPD in December.