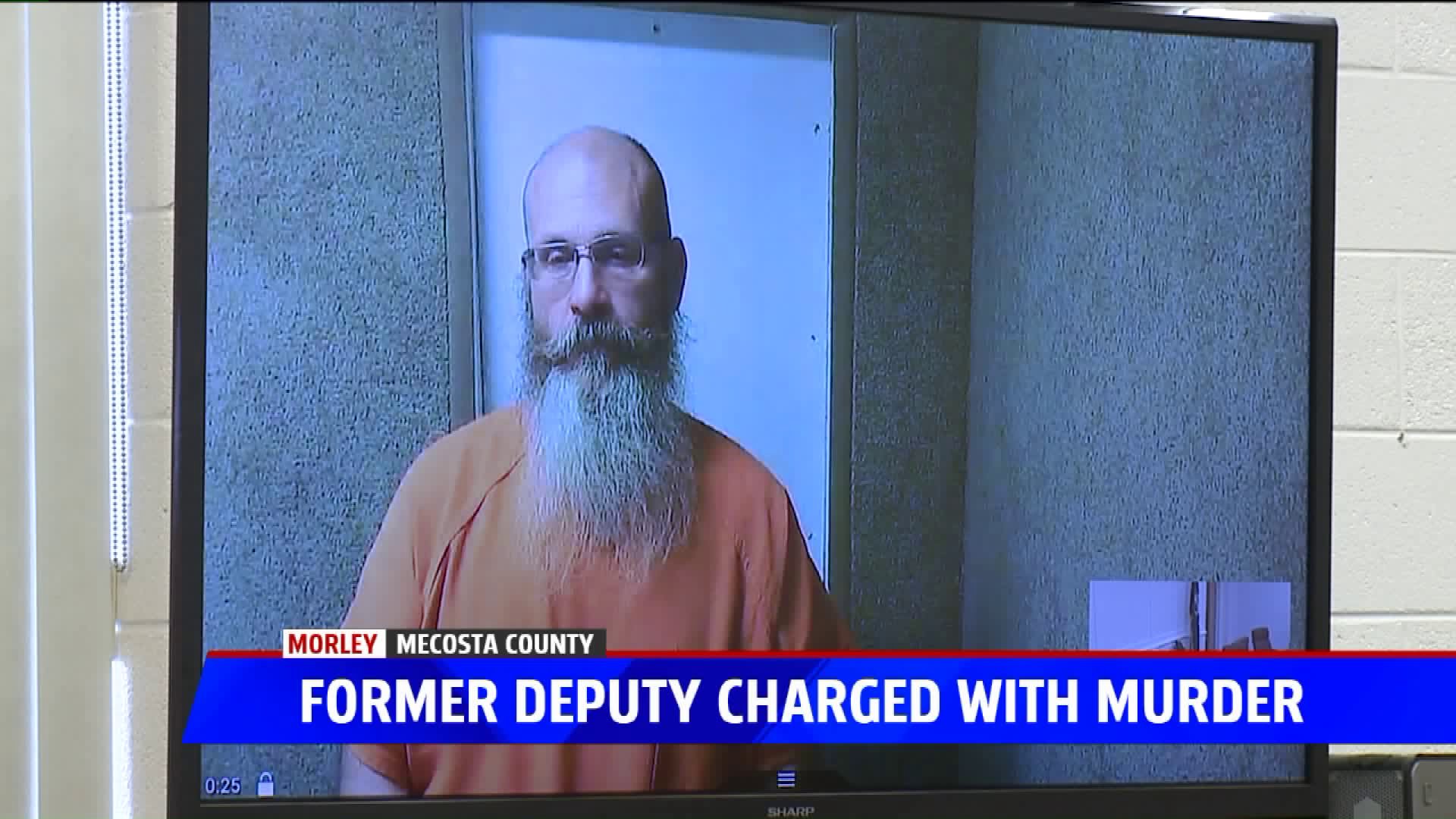 BIG RAPIDS, Mich. -- A former Mecosta County Sheriff's deputy was arraigned Monday on murder and weapons charges in connection with a weekend shooting outside a Morley bar.

Randall Robert Jensen, 48, of Stanwood, was charged Monday afternoon in the death of 47-year-old John Mast.  Authorities say Jensen was a Mecosta County deputy in the '90s.

Mecosta County Sheriff Todd Purcell says that Jensen hasn't said a word to since he was taken into custody Sunday.  Mast was shot and killed at about 11 p.m. Saturday outside the Moe-Z-Inn.

Purcell says that prior to the shooting, witnesses reported that Jensen went in and out of the bar twice. When he came back in they said he was arguing with some other people inside the bar and allegedly pulled out a handgun and pointed it at a few people.

Mast reportedly tried to intervene, and Jensen is accused of grabbing him by the shoulder and pointing the gun at him before taking him outside and shooting him multiple times.

Officials say Jensen then fled and was found by police about 12 hours later walking toward his parents' house.

Purcell says Jensen was considered a regular at the bar and hadn't had any major issues there in the past.  He says he was surprised when he heard it was a former coworker of his that was the suspect in the shooting.

"He was actually an employee of our office," Purcell said. "He was hired in September of 1994 and resigned in January of 1997. Some of us guys that have been around for a while knew Randy back then and he had some domestic issues at the time and that was the reason for his resignation. He’s pretty much fallen off the radar after that."

Jensen was arraigned Monday on charges of open murder, felony firearms and assault with a dangerous weapon.  His bond was denied.