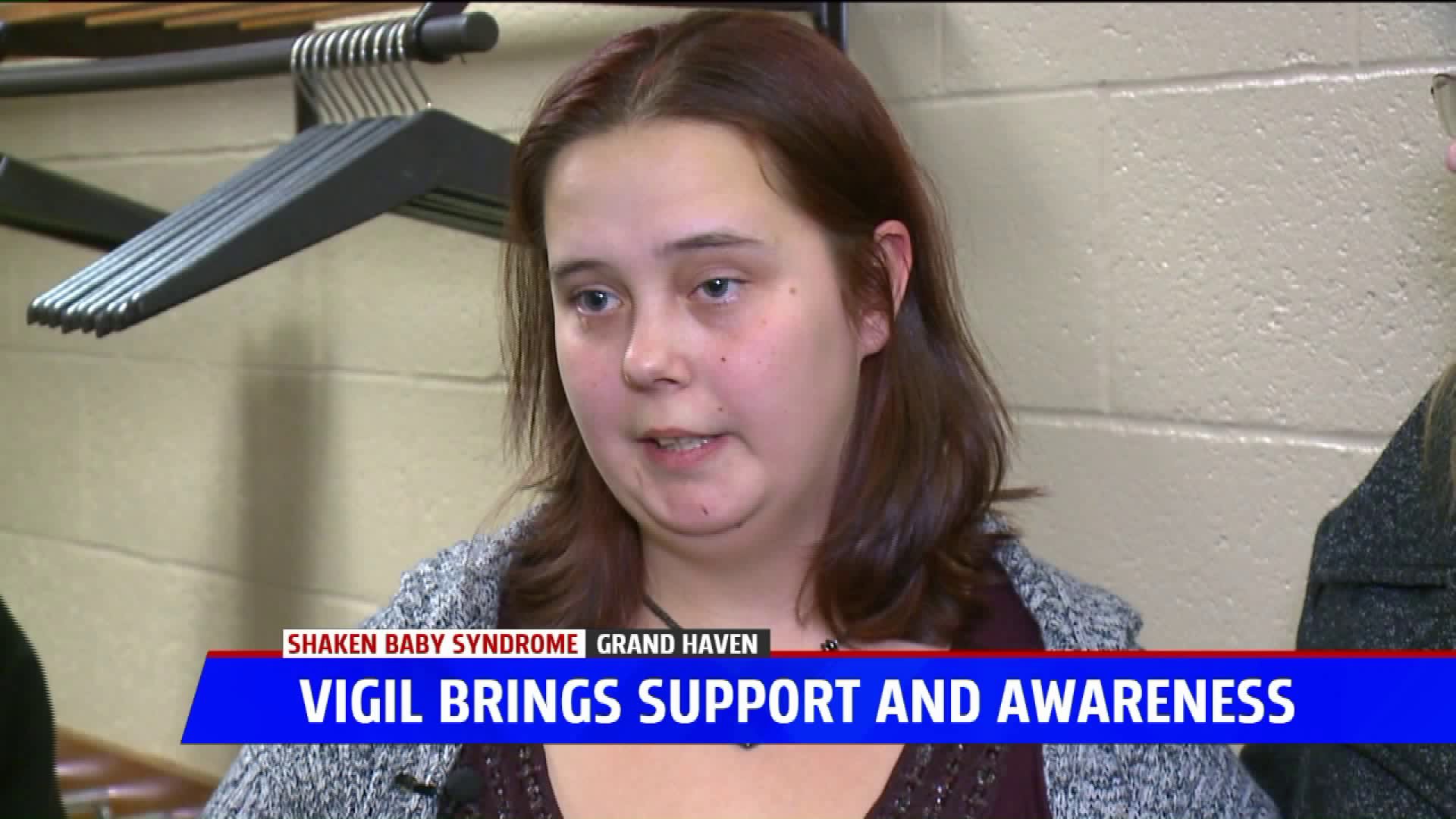 GRAND HAVEN, Mich.-- The mother of an 8-month-old baby girl killed by abuse, allegedly at the hands of her boyfriend, is celebrating her daughter's life and urging parents to be gentle with their babies.

Scarlett Burroughs was pronounced dead on November 17 after being admitted to a hospital two days prior. Authorities ruled her death a homicide that was caused by head trauma.

Scarlett's mother's boyfriend, Cameron Toppen was arraigned on November 21 for open murder and first-degree child abuse charges for the infant's death. The Ottawa County Sheriff's Office says Toppen was watching the child at the time of the incident while her mother, Rachel Burroughs was at work.

In her memory, a Facebook group called "Scarlett's Hope" was created to raise awareness about shaken baby syndrome (SBS) and provide support for other families who have lost children.

Burroughs was at a candlelight vigil hosted by Scarlett's Hope on Saturday evening at Second Reformed Church in Grand Haven to honor children killed by SBS.

“It’s good that we can come together and do something like this to kind of support each other with everyone that has dealt with it," Burroughs says. "It’s kinda nice to be able to meet new people and support each other.”

Burroughs says that with help from her family, she is trying to stay strong for her three older children.

"I’m trying to get into a normal routine so I can get, you know, and I got family, friends that are here to help me so I’m trying," Burroughs says.

When asked to describe what her daughter was like, Burroughs broke out in tears.

“She was a really happy baby. She barely ever cried," Burroughs says.

Burroughs says that Toppen denied to her that he hurt her daughter but that he admitted to authorities that he committed the abuse.

“I’m to the point where I don’t know what to believe anymore,"  Burroughs says. "I honestly think that he needs to get put away for a while. I feel bad for him a little bit because he just ruined his whole life over something so small as just putting her down and walking away.”

The vigil opened with a pastor reading the names of children who have been lost, followed by a prayer and a moment of silence.

“Put the child down, walk away, go outside, take a breath, then go back to your child. It never killed a baby," Yahne says.