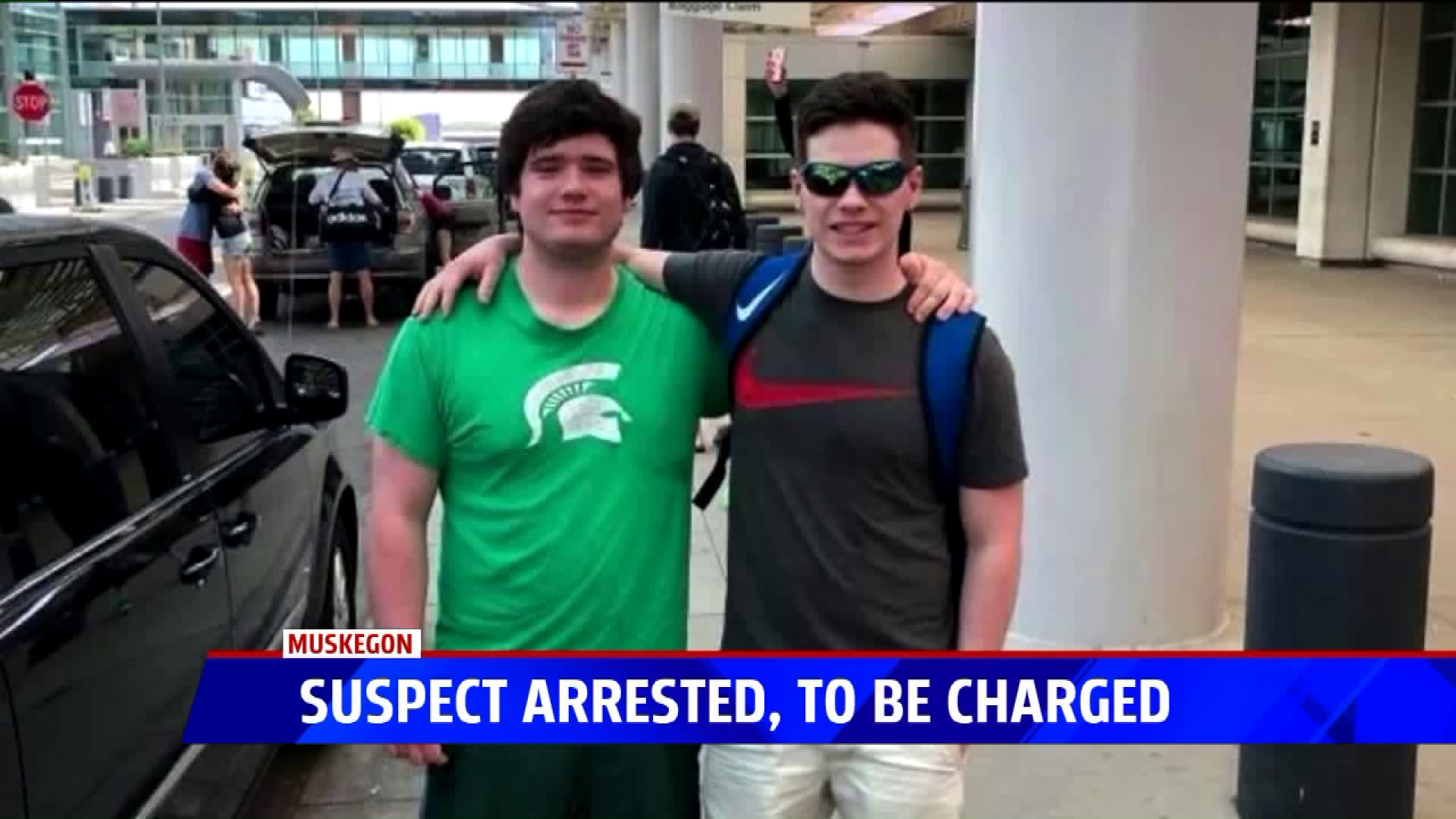 NORTON SHORES, Mich.  --  A suspect accused of fatally shooting a man he knew was due in court Friday.

The Norton Shores Police Department said Thursday it had made an arrest after a man was shot to death in his driveway - by a crossbow bolt.

Police say the suspect knew the victim and it was not a random act. The suspect is now in the Muskegon County Jail after being booked on an open-murder charge, according to the Norton Shores Police Department.

Investigators have identified the victim as Marcus Olmstead, a 20-year-old man from Norton Shores. They say he was hit by the crossbow bolt around 9:30 p.m. Wednesday, in the driveway of a a home in the 3100 block of Leon Street.

Police say the suspect's name will be released after formal charges are read during arraignment in 60th District Court, in Muskegon.

"The suspicious death was ruled a homicide by the medical examiner after the autopsy was completed late this morning," says a Norton Shores PD news release. "Detectives with the Norton Shores Police Department worked around the clock since the reported incident and were able to identify a suspect and locate him in Grand Rapids, MI late this afternoon. It was learned that the suspect a 20 year old male from Grant... discharged a crossbow at the victim, striking him in the torso and killing him in his driveway.