Woman’s effort to save friend grows into initiative to help addicts, homeless 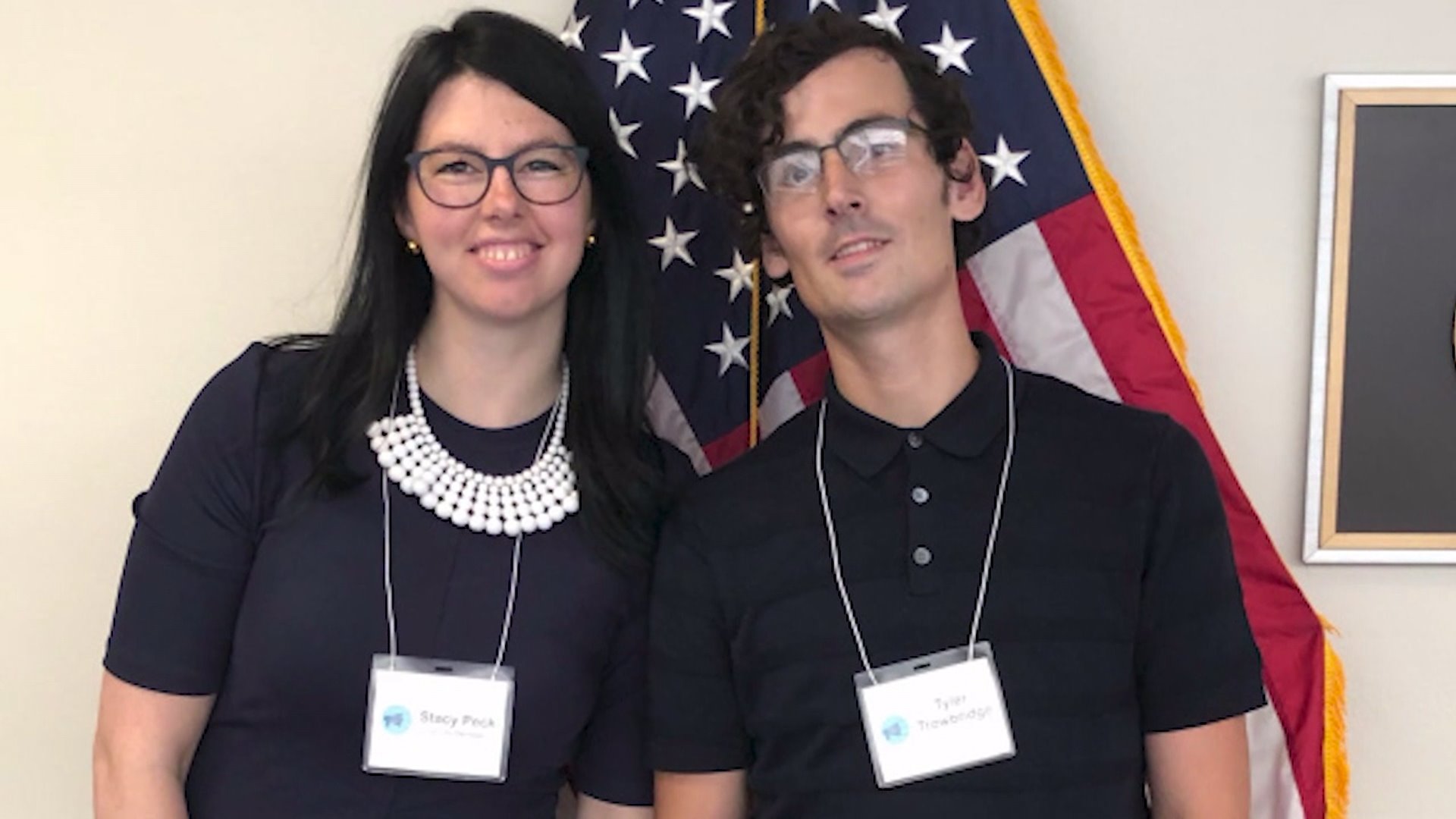 GRAND RAPIDS, Mich. -- After years of living on the edge and battling addiction, Tyler Trowbridge is ending 2018 on a high note.  He has an apartment, a job, and even a new smile replacing teeth damaged by drug use. And he has an old friend named Stacy Peck to thank for it all.

"People tried to help me before, but it was never, it never took," explained Trowbridge. "[Stacy] didn't want anything from me. She didn't want a relationship, she didn't want money ... She just wanted me to be successful and to do good because I was a human being."

Peck spotted Tyler at rock bottom in a TV story detailing his addiction in early 2018.  She reached out to Trowbridge, an old friend from high school, expressing her desire to help him.

"She was just like if you're willing to do this whole recovery thing, I'll do it with you," Trowbridge told FOX 17 News.

Peck quickly organized a GoFundMe Page with the help of a friend, raising money for Tyler's treatment. She's been by his side through the ups and downs this year, but now things are looking up: as of this month Tyler is more than 40 weeks sober.

"Just because a person's problems could be overwhelming, doesn't mean you shouldn't jump in and try to chip away at them," Peck explained. "I think the most important part was something beautiful that Tyler opened my eyes to, is the fact that when you have a long-term substance use issue, unfortunately, you burn all or most of your bridges. So he didn't have this community, this support system around him, and that was a huge part of what was missing for him."

The transformation in Trowbridge has been astounding, but his life is not the only one that's been changed.

"It's kind of embarrassing to admit where some of my priorities were, at the time when I met Tyler," said Peck.  "Connecting with him and finding this purpose in my life, has just been the most incredible gift for me because it's just added so much meaning and purpose to my life."

Together, the two, alongside another friend, Wendy Botts, have launched a non-profit called Dirt City Sanctuary. The goal is to help others struggling with substance abuse and homelessness in West Michigan.

According to Peck, the group is working on plans to build a facility in Kent County, assisting with jobs, recovery and healing.

The Purple Backpack Project, a program created by DCS, is already changing lives. In November and December, the group distributed much needed supplies to help the homeless stay warm this winter. The initiative has grown into a winter boot drive, with hundreds of pairs being given away for the holidays.

Dirt City Sanctuary stands to impact countless lives; and for Peck, it all began with saving just one.

"For [Stacy],I think the best way I could thank her is to just be successful. And to keep going. And then to help the next person," said Trowbridge. "She helped me so I could help people.... Stacy truly believes there are other people like me out there that we can help and I truly believe that too."

Dirt City Sanctuary is planning to hold a gala in February, to serve as a fundraiser for the non-profit, and a celebration to mark one year of sobriety for Trowbridge.

As our Pay it Forward Person of the Month, Peck is receiving a $300 prize.

To learn more about Dirt City Sanctuary, or to donate, click here.

Meet Mary Jo McKellar, our November Pay it Forward Person of the Month.