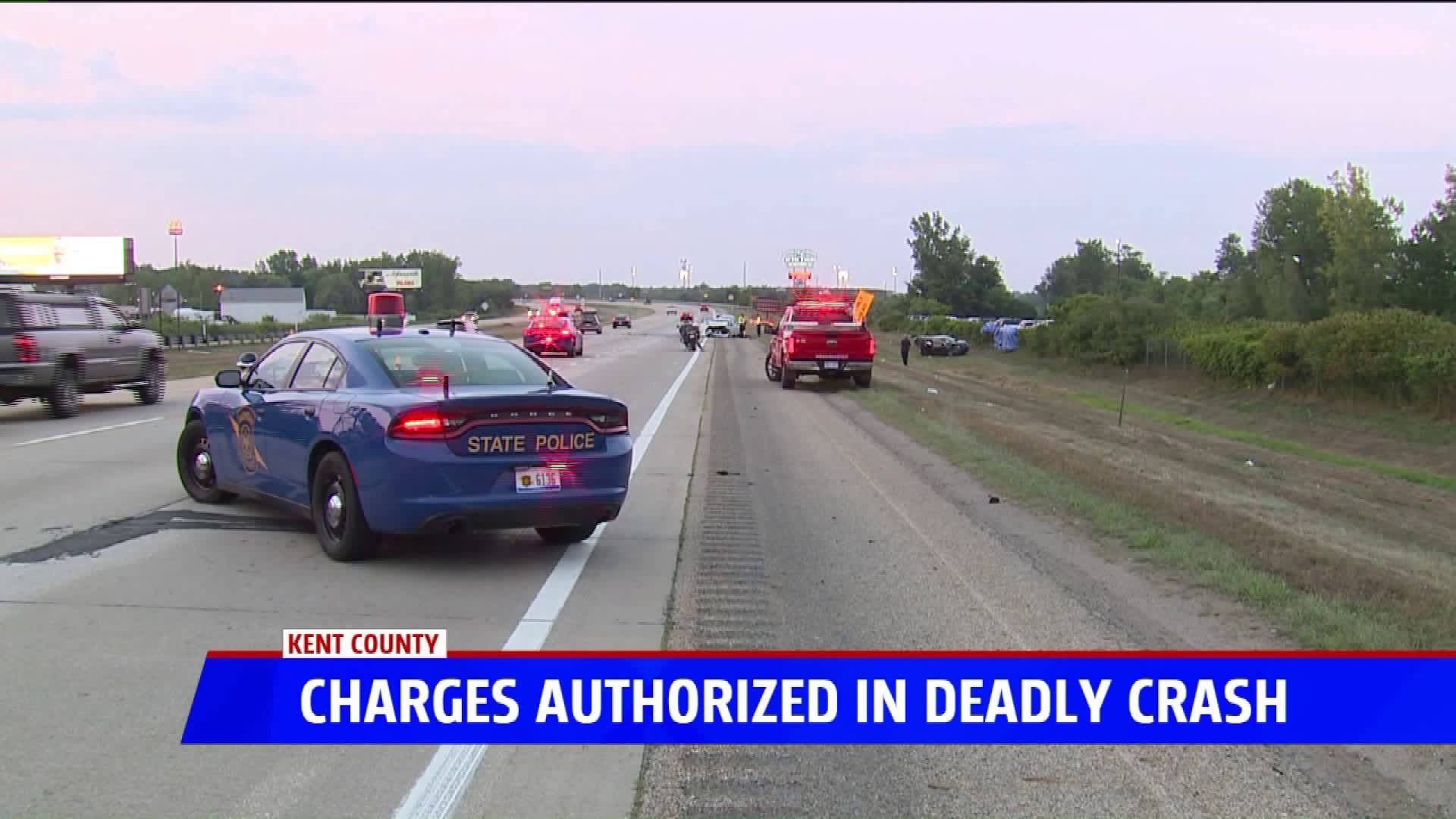 GRAND RAPIDS, Mich. - The Kent County Prosecutor has charged a woman in crash that killed a teen in August.

Lisa Jean Rios is being charged in the death of Andrew Larson, 14, in a crash on U.S. 131 near West River Drive on August 15, 2018.  Rios is charged with Moving Violation Causing Death, which is a misdemeanor which carries a maximum penalty of a year in jail.

Larson was riding in a van with his family when it was hit from behind and pushed into an SUV and then off the roadway into a sign.

Rios' arraignment date has not yet been set.