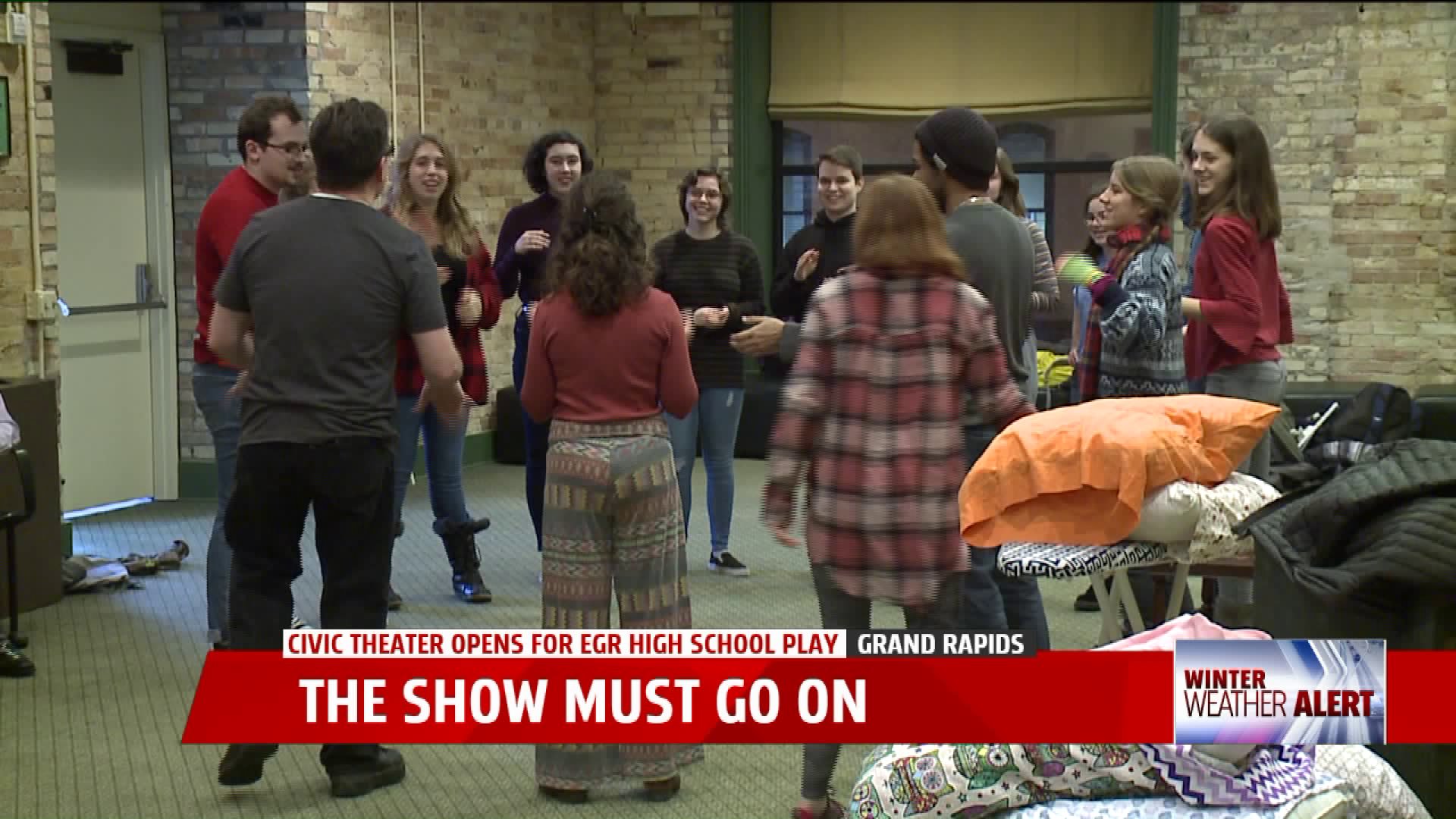 GRAND RAPIDS, Mich.-- Winter weather caused classes and after school activities to be cancelled across West Michigan on Thursday, which meant the opening night of East Grand Rapids High School's production of Almost, Maine was cancelled but that didn't stop the cast from performing.

Cast member Haleigh Colombo had planned on having her mother Kathleen in the audience for opening night. Haleigh rarely gets to see Kathleen because she lives four and a half hours away in Ohio and has difficulty traveling. Kathleen has Ehlers-Danlos syndrome, which affects the connective tissue in her spine.

“I can’t sit up for very long, so I had to lay down for four and a half hours on my way up here," Kathleen tells FOX 17.

Due to her health complications, Kathleen could only be in town for a few hours. When she learned her daughter's performance had been cancelled, she was heartbroken.

Jason has done work with the Grand Rapids Civic Theatre, so he called Executive and Artistic Director Bruce Tinker, who offered Jason's actors a space to perform. He sent out messages to his students, who immediately answered the call.

“I thought maybe we would do one scene but all the kids pitched in, they’re excited, they’re ready to do this and we’re doing the whole show tonight and it makes me a little verklempt thinking about it. It’s so awesome," Jason says.

The cast of about a dozen students didn't have their set, costumes or props, so they brought items from home.

“It’s really great because it’s like kind of the actual thing, which is really fun. So yeah, it means a lot to me really," Haleigh says.

It wasn't a full house but thanks to the grit and creativity of her fellow actors, Haleigh got to perform for the one who matters most: mom.

East Grand Rapids High School's production of Almost, Maine will have performances on Friday and 7 p.m. and Saturday at 2 p.m. Tickets information is available here.