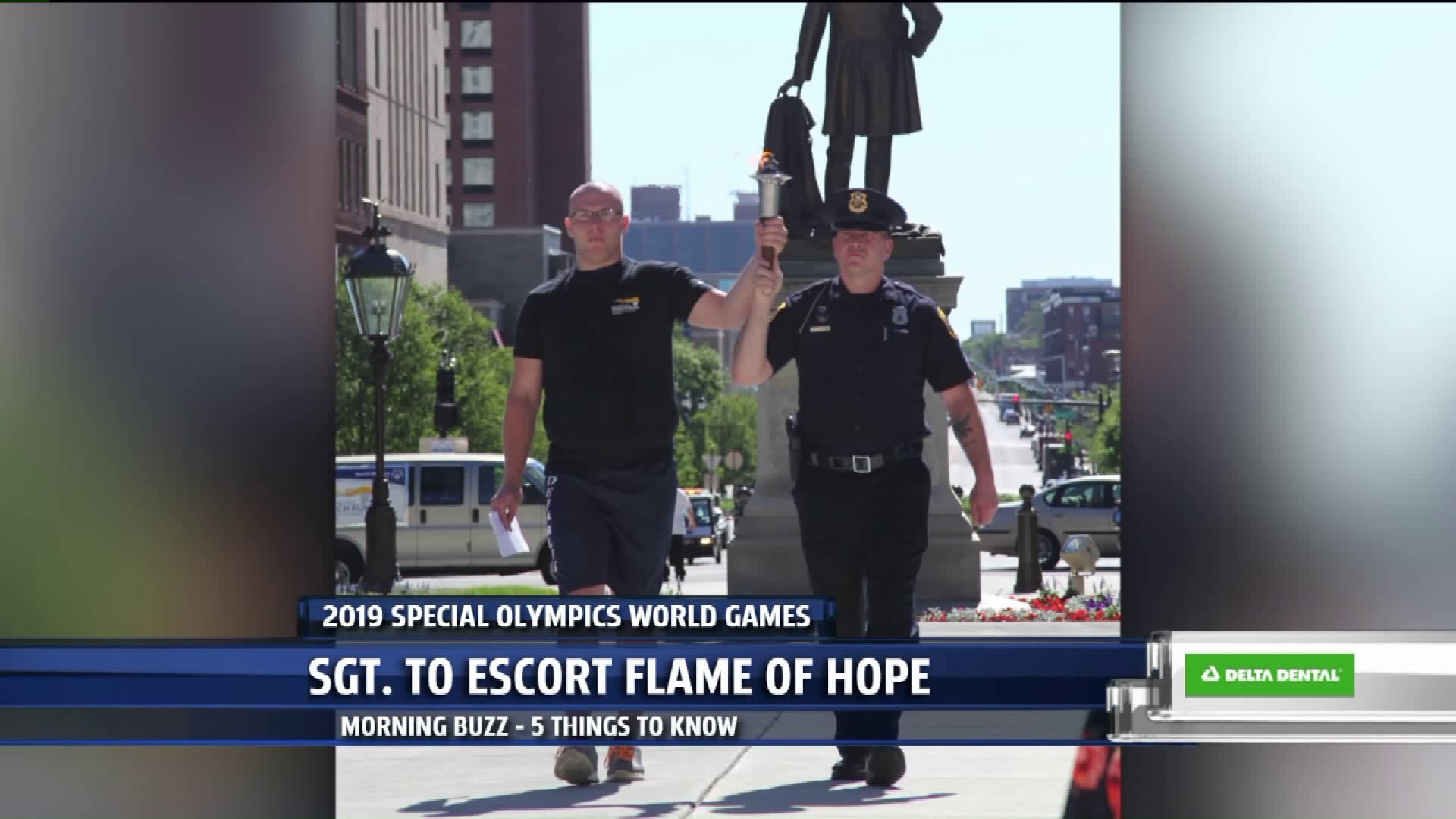 1. Free clothing galore handed out to the Grand Rapids community thanks to Mel Trotter Ministries.

Organizers say its all thanks to the overwhelming response they got from the community over the past few weeks.

Want to volunteer or make a donation? Just head to MelTrotter.org for details on how to do that.

2. Teen boys can be hard to buy for, but would you ever think that blankets would be something they'd ask for?

Samuel Verhage is using his upcoming 13th birthday to help homeless men and women keep warm. He wants to reach 270 blankets because his birthday falls on February 27.

After exceeding 1,800 blankets back in November, Samuel and his mom,  Denise, thought the donation drive was done for a few months. But during last week's subzero temperatures, Samuel just couldn't stop thinking about those in need.

To help Samuel's birthday wish come true, all the details are here.

3. Central Michigan University police sergeant, Riley Olson, is only one out of the 010 from across the world taking part in the 2019 Special Olympics World Games.

He'll be taking part in the Law Enforcement Torch Run at the event being held next month in the United Arab Emirates.

Olson is the only representative from Michigan, and will participate in the prestigious Final Leg Team. He was selected in part for the many fundraisers he's helped organize, and for raising awareness about he Special Olympics.

4. Get ready to wear some pretty ugly shoes this spring, the famous socks and sandals look is back!

This is all thanks to some of the industry's top designers. Many of them are sending their models down the runway with this look.

New York Fashion Week starts tomorrow, so we'll have to see if this footwear keeps emerging.

5. Royal Caribbean Cruise Line is in search of a Shore Explorer who will act as the apprentice to the line's Instagrammer-In-Chief.

The Shore Explorer will take three weeks to travel the world and capture the on-land experiences available to guests on a Royal Caribbean ship.

The down side- right now the application pool is limited to residents of the U.K. and Ireland, but they did not rule out the possibility that a similar job could open up to other nations in the future.