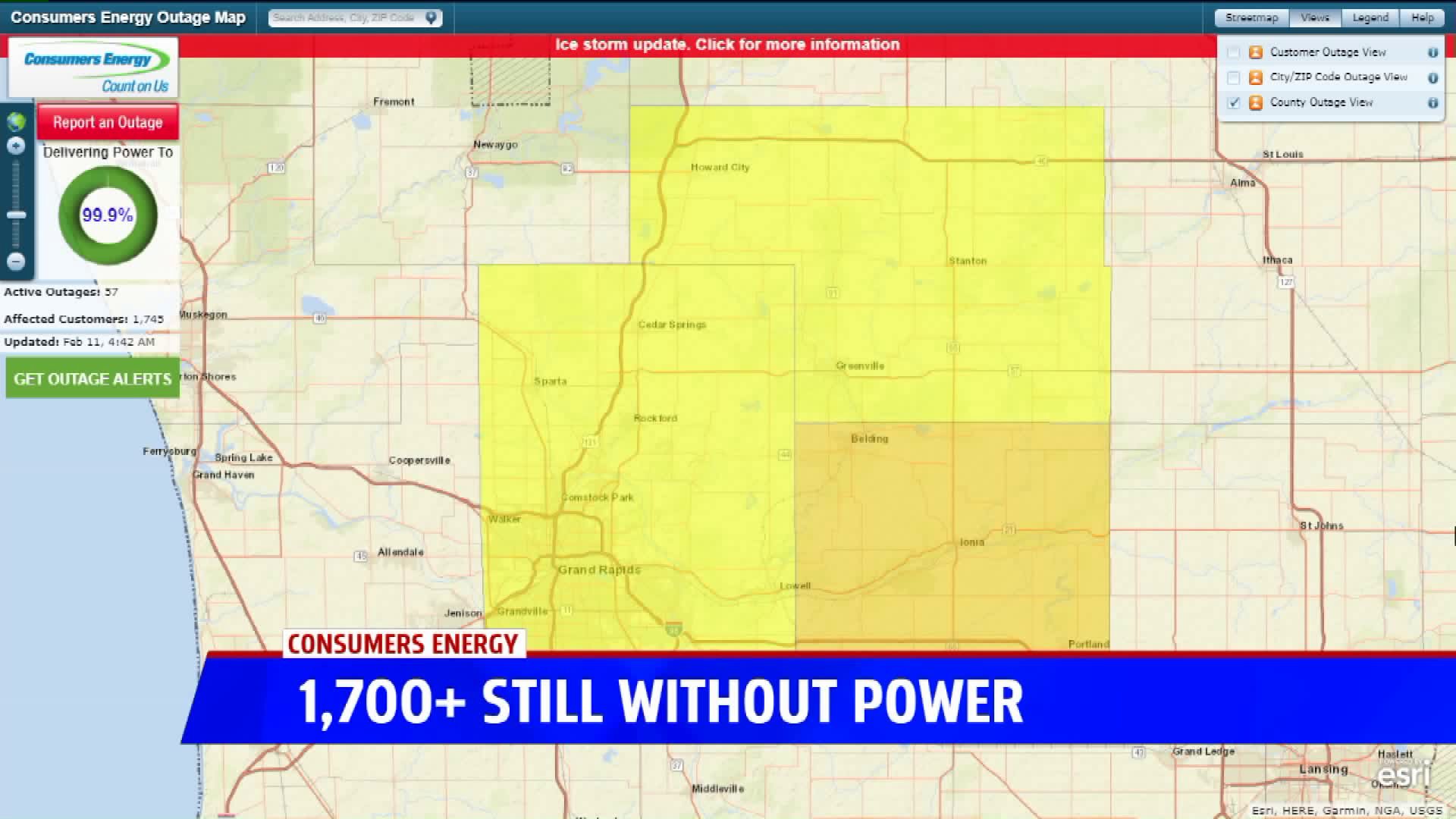 As of Monday morning, more than 1,700 Consumers Energy customers remained without power.

Ionia County remains the hardest hit with more than 1,000 customers still without power, according to the Consumers Energy outage map.

Another 100+ customers in Kent County are also without power.

This comes after Governor Gretchen Whitmer declared a State of Emergency for Grand Rapids.

City officials are now asking residents to help with the clean-up by putting storm debris out along the curb so crews can pick it up ahead of another round of ice Tuesday.