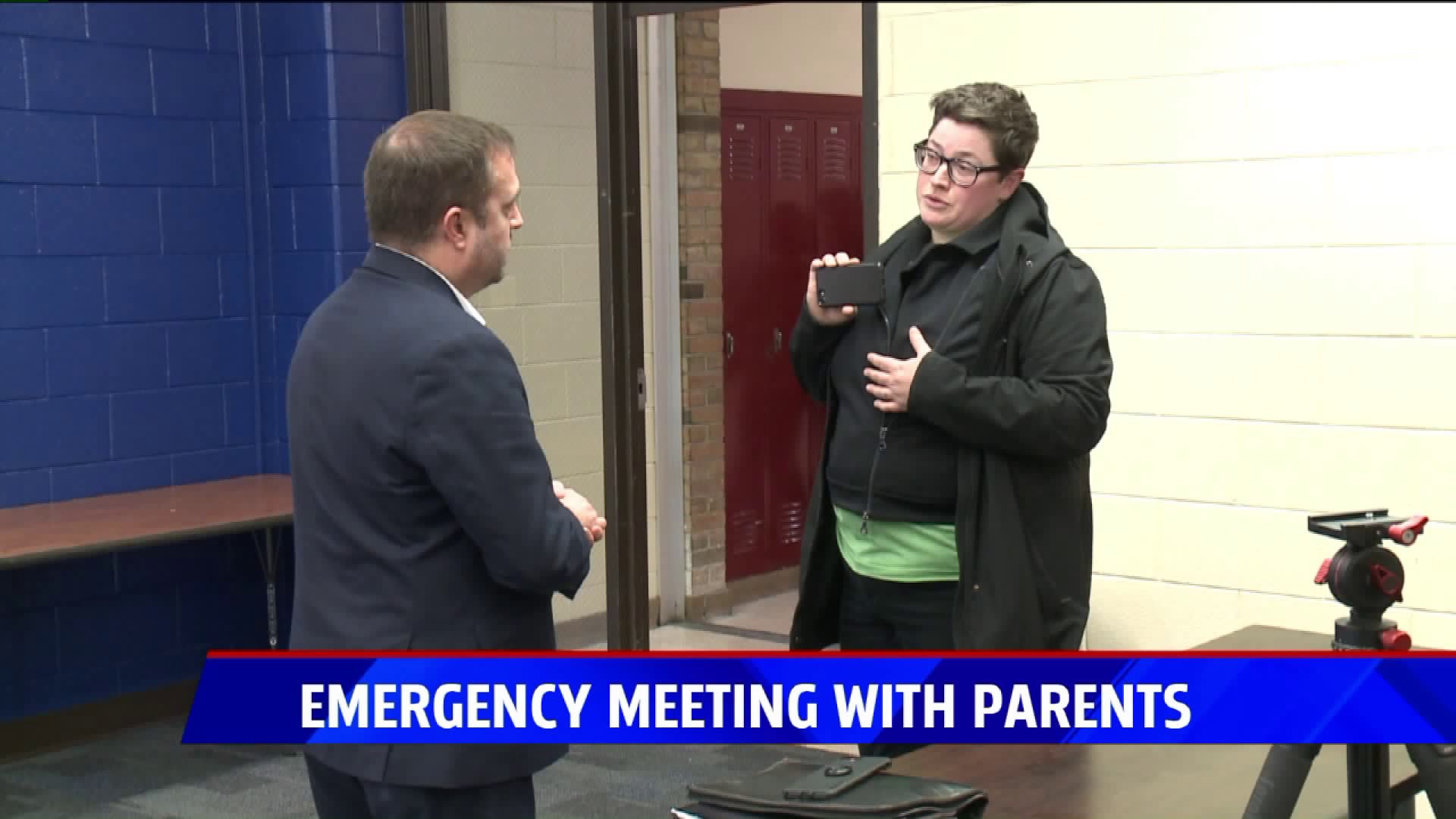 The district notified parents, staff and the media on Friday evening that construction workers at North Park Montessori Academy had been working on the school's air-conditioning system when they cut and drilled into plaster possibly containing asbestos. The building is at the main North Park Montessori campus at 3375 Cheney Avenue NE. Asbestos is a carcinogen. Air samples were sent  by MicroAir to a New Jersey laboratory, with the district expecting findings from the test results to come back within several days.

On Saturday, members of the construction-management firm, as well and school and district leaders, met with parents in a forum at GRPS University, 1400 Fuller Avenue NE, before briefing the media on the matter at the same location.

North Park Montessori parent Marie-Claire Camp tells FOX 17, "I don't understand why this is being told to us now. Constructions been going on for a long time (six weeks). I'm scared and I'm mad."

The district says preliminary results did not reveal signs of asbestos, but this is just the beginning of testing.

GRPS Executive Communications Director John Helmholdt says a "more thorough, extensive assessment and sampling will be done, that will be more like 75 to 80 samples from throughout the building."

The school district actually tested for asbestos before the construction project began, in January. Says MicroAir owner Chris Decker: "We were in the building. We collected those samples, we reported those results - as we were contracted to do.

"The report was correct, and it was given to the right channels at GRPS...".

GRPS Chief of Staff Larry Johnson says, "It's going to take a few weeks to get those answers...to start this cleanup."

North Park Montessori parent Elizabeth Herrick remains optimistic. "There are a lot of questions still to be answered. And right now, yes, it's been going on fora  while. But I would assume, at this point, there probably isn't going to be a health consequence for our children - hopefully."

Meanwhile, plans are being made to set the first- to eighth-grade students in the GRPS University building, until the all-clear is given for them to return to the North Park Montessori building. When that will be is not known yet.