Bitter cold for the first week of March 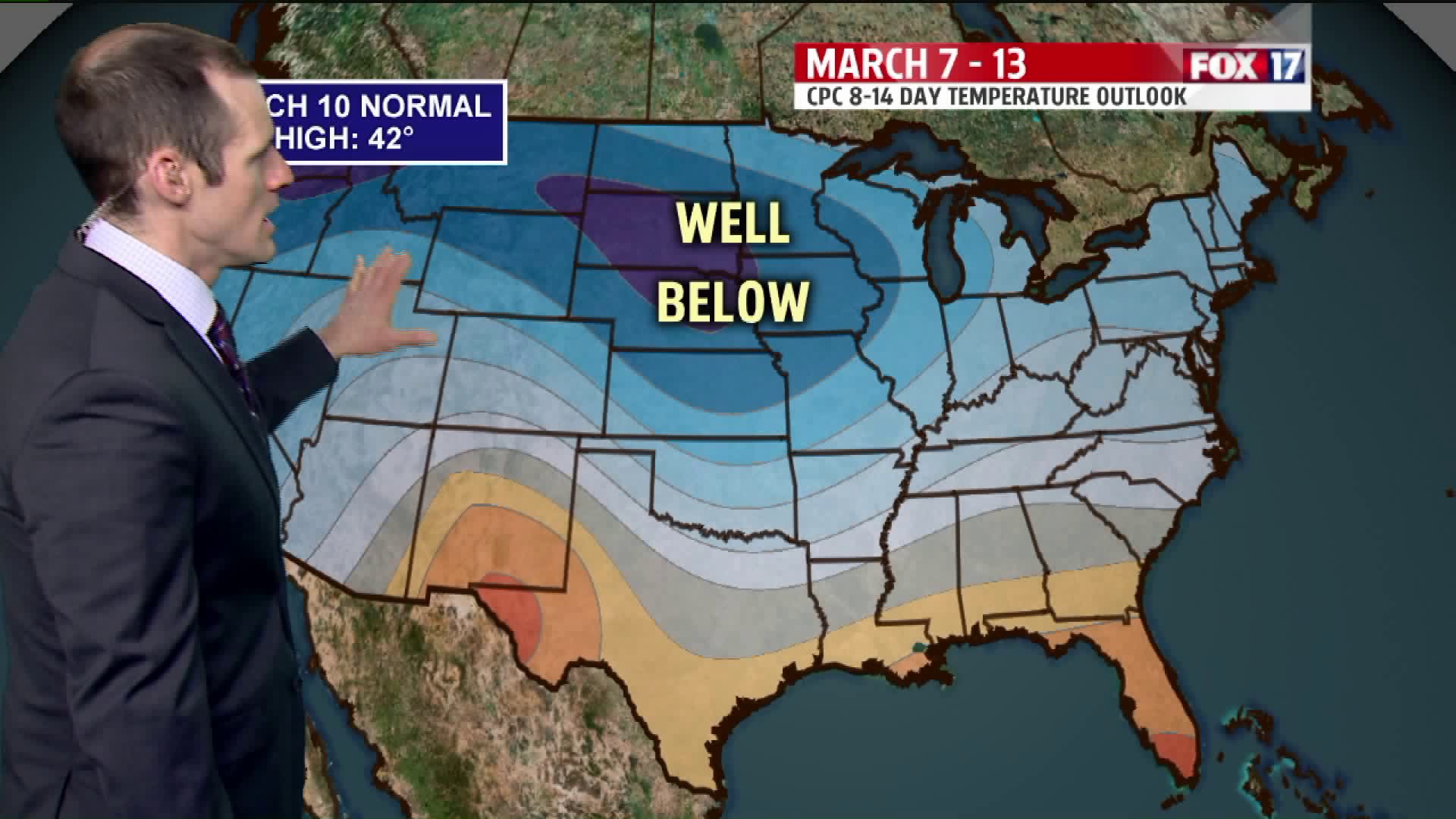 WEST MICHIGAN -- The saying "In like a lion, out like a lamb" -- or vice-versa -- can be somewhat subjective when describing March. The first day or two of March this year really won't be unusually cold or snowy, so you can use whatever version of the slogan you would like to describe how March this year begins.

But one thing the FOX 17 weather team is confident of, is that the first week of the month, as a whole, will come in like a polar bear, with a cold outbreak similar to what one might expect in the middle of January.

Friday, March 1 will be tranquil with partly to mostly cloudy skies and highs in the lower to middle 30s in most areas:

A surface low moving across the tip of the Mitten late Friday night into Saturday will kick off some snow showers, especially north of Grand Rapids where 1 to 2 inches of accumulation will be possible:

High temperatures Saturday afternoon will be just a few degrees shy of the long-term average (upper 30s) for this time of year:

So one can call it a "lion" or a "lamb" to describe the slightly below average temperatures with a little bit of snow for the first two days of the month.

On Sunday, however, that "polar bear" pays an unwelcome visit to the area. A strong cold front coming through will send highs down into the 10s and 20s across the area:

The cold air will reach its peak intensity on Monday as the polar vortex will settle in over central and northern Ontario, just a few hundred miles to our north:

In addition to the brutal cold, winds will be gusting over 30 mph at times, and wind chills will likely stay below zero for most (if not all) of the day on Monday. Some lake effect snow showers are likely as well. In fact, 6" or more of snow accumulation will be possible west of US-131 Sunday night through Wednesday.

After another brutally cold day on Tuesday with somewhat lighter winds, the winds will lighten further on Wednesday and the lake effect snow will taper off during the afternoon. Temperatures will still be running about 20 degrees below average, however:

Heading toward the end of the week and into the weekend, temperatures will continue to modify to closer to average levels. However, as pointed out in a previous article, temperatures for March will remain below average as a whole. Even though March is considered the first Meteorological month of spring, it's going to feel a lot more like winter.

Stay tuned to FOX 17 for updates as the month wears on!