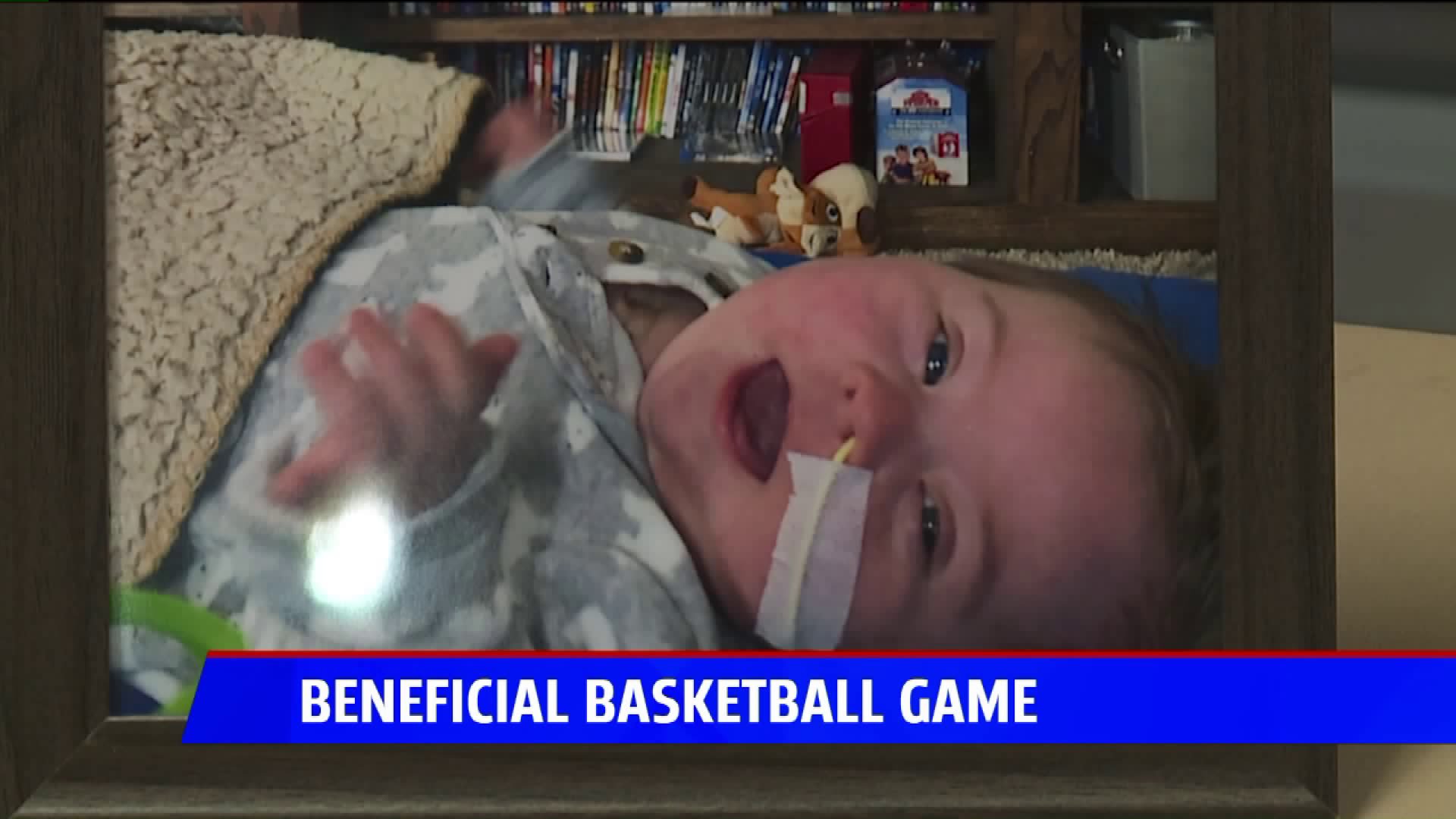 GRAND RAPIDS, Mich.  -- The Kent County Sheriff's Office and Grand Rapids Police Department went to overtime at Kenowa Hills High School on Saturday night, with the Sheriff's Office winning the second of two Robert Kozminski Memorial Basketball Games, 54-53. A team of local police played the Kenowa Hills teachers in the first game, with the teachers winning that one.

But everyone came out a winner in the 12th annual event, as the "community came together tonight to raise $18K for the Gilbert family," according to a GRPD Twitter post.

Kent County Sheriff's deputies Lance and Kailey Gilbert are parents to a five-month-old boy, Wyatt, who has Down Syndrome and recently underwent open-heart surgery. The memorial fundraiser will help defray the cost of medical bills.

"It's overwhelming and very humbling. It's awesome to see all of these people come together for a little baby," said the Gilberts.

The annual Memorial Basketball Tournament was launched in 2008.

Said GRPD Officer Joe Trigger, ""It makes everybody just stop and think for a minute who is Robert Kozminski, who was he, what he stood for, what he died for."

"When we lost our son, our main concern was that his sacrifice would be forgotten, and I think all parents feel that way when they lose a child," said Maria Kozminski - Officer Robert Kozminski's mother. "But this event and other events throughout the year just prove to us that no he will never be forgotten."

Grand Rapids Police Officer Robert Kozminski was only 29 years old when he was gunned down in the line of duty on a driveway July 8, 2007, while securing the scene of a domestic-disturbance call. The shooter who ambushed him, Jeffrey VanVels, was sentenced to life in prison.