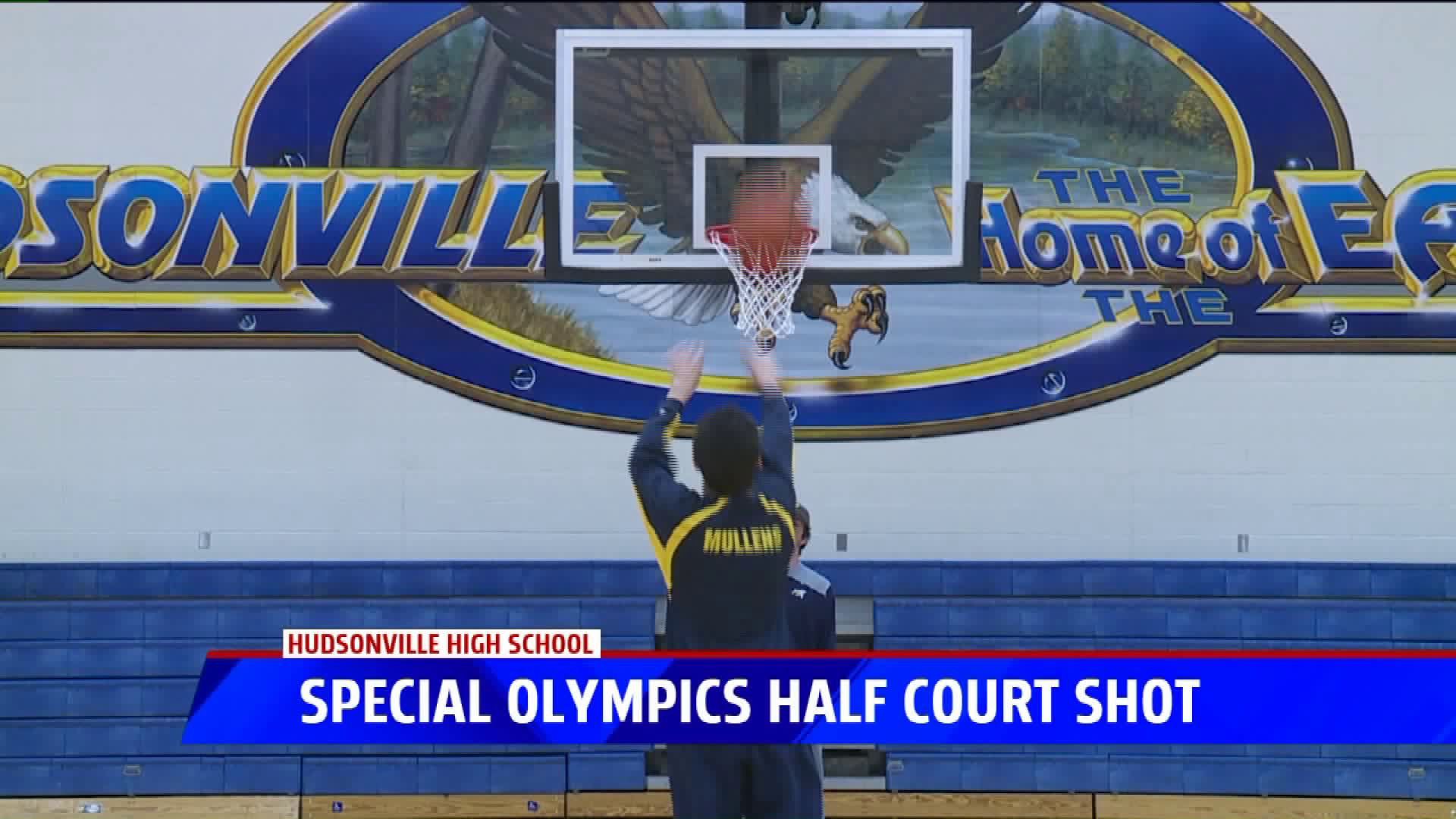 HUDSONVILLE, Mich.-- The Hudsonville High School gym got some NBA-worthy action during the final moments of a Special Olympics basketball game.

Nathan Mullens, 18, has been playing basketball with the Special Olympics since he was in fourth grade. He has autism, cerebral palsy and a seizure disorder but he doesn't let those hurdles keep him off the court.

Along with the LINKS Program, Nathan's become quite the all-star leading up to his senior year, which came to a finale Friday night during his Special Olympics team's game against Holland. Nerves were high for Nathan's friend Ryan Szlachcic, who's been by his side since sixth grade. The week leading up to the game, Nathan told Ryan he wanted to do what most would consider impossible: make a half court shot.

“We said it’s probably one in 100 because the problem was all week he kept on telling me, ‘Friday I’m shooting a half court-er!’" Ryans tells FOX 17. "Because our gyms always packed and he’s like, ‘Everyone’s gonna see it!’ And I was like, ‘Oh yeah you are!’ And so the whole day I was just nervous that he was gonna shoot it and he was gonna miss and his whole day was gonna be a letdown.”

But sure enough, in the final second of the game Nathan found himself with the ball at half court.

In the last moment of his high school basketball career, Nathan made the shot successfully.

“It was amazing. The whole place went crazy," Ryan says. “It was probably louder than any playoff basketball game that an actual high school game’s had. People were actually storming the court.”

The moment was caught on camera by Nathan's mom, shown in the video above.

Ryan says that because of his involvement with the LINKS Program and his friendship with Nathan, he plans to pursue a career in special education.

Meanwhile, Nathan will be getting something better than a trophy for making the shot. Coach Wass now owes him a pizza party, as promised.