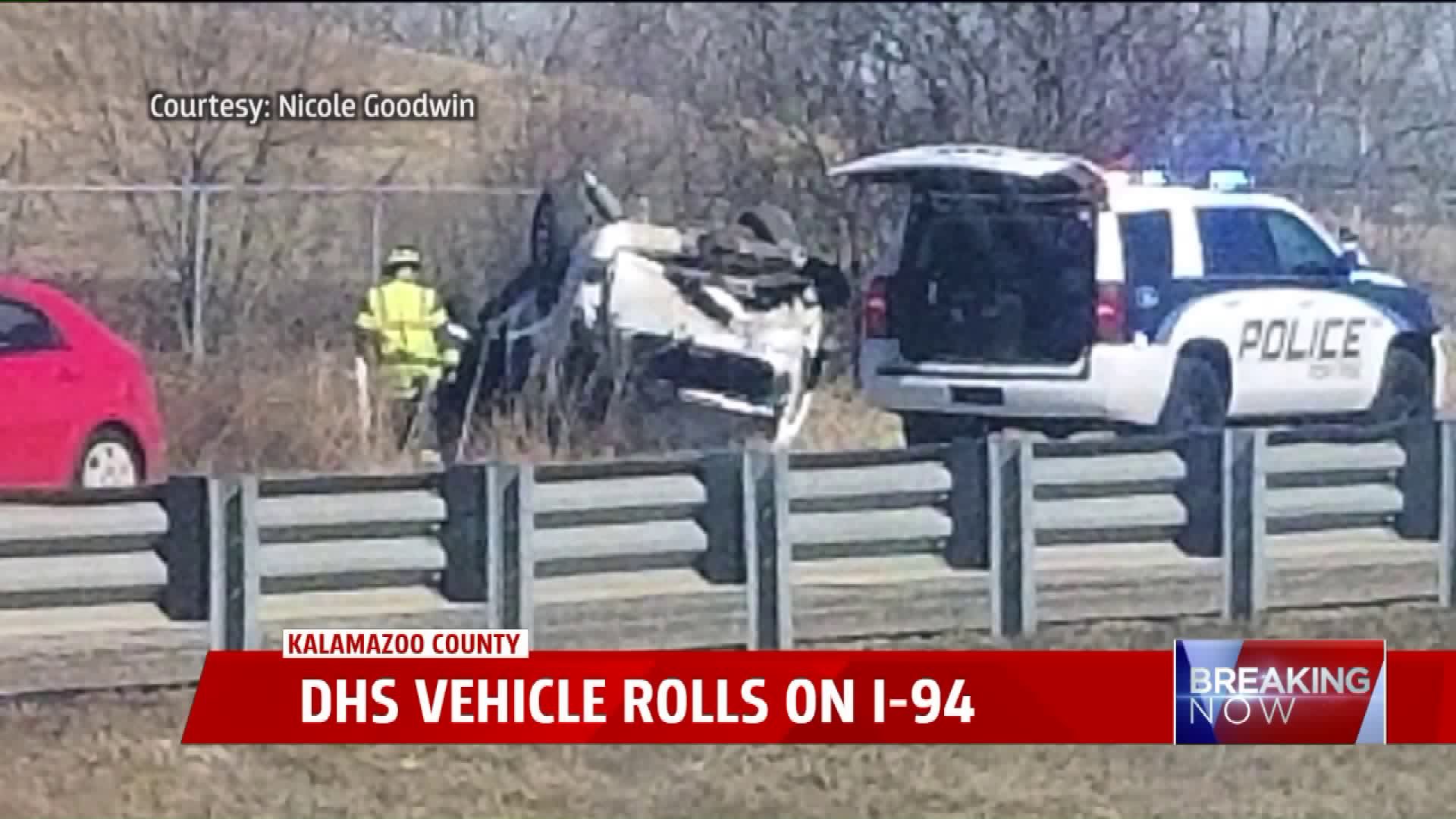 KALAMAZOO, Mich. — A federal agency's vehicle rolled over along I-94 near Sprinkle Road in Kalamazoo Tuesday afternoon.

The crash happened just before 1 p.m. along the westbound lanes on I-94, just before the the Sprinkle Road exit. Traffic was backed up for a short time.

The vehicle was from the Federal Protective Service, which is the uniformed security police division of the Department of Homeland Security. Authorities said the vehicle wasn't involved in the response to Tuesday's officer-involved shooting in Kalamazoo.

Robert Sperling, a spokesman for the Federal Protective Service, provided FOX 17 with a brief statement late Thursday afternoon, saying, "the FPS vehicle sustained what looks to be a blowout on I-94.  The officer driving the vehicle was medically evaluated and did not sustain any serious injuries."

Details on what caused the crash weren't immediately available.  The crash investigation will be handled out of the Michigan State Police 5th District Headquarters.