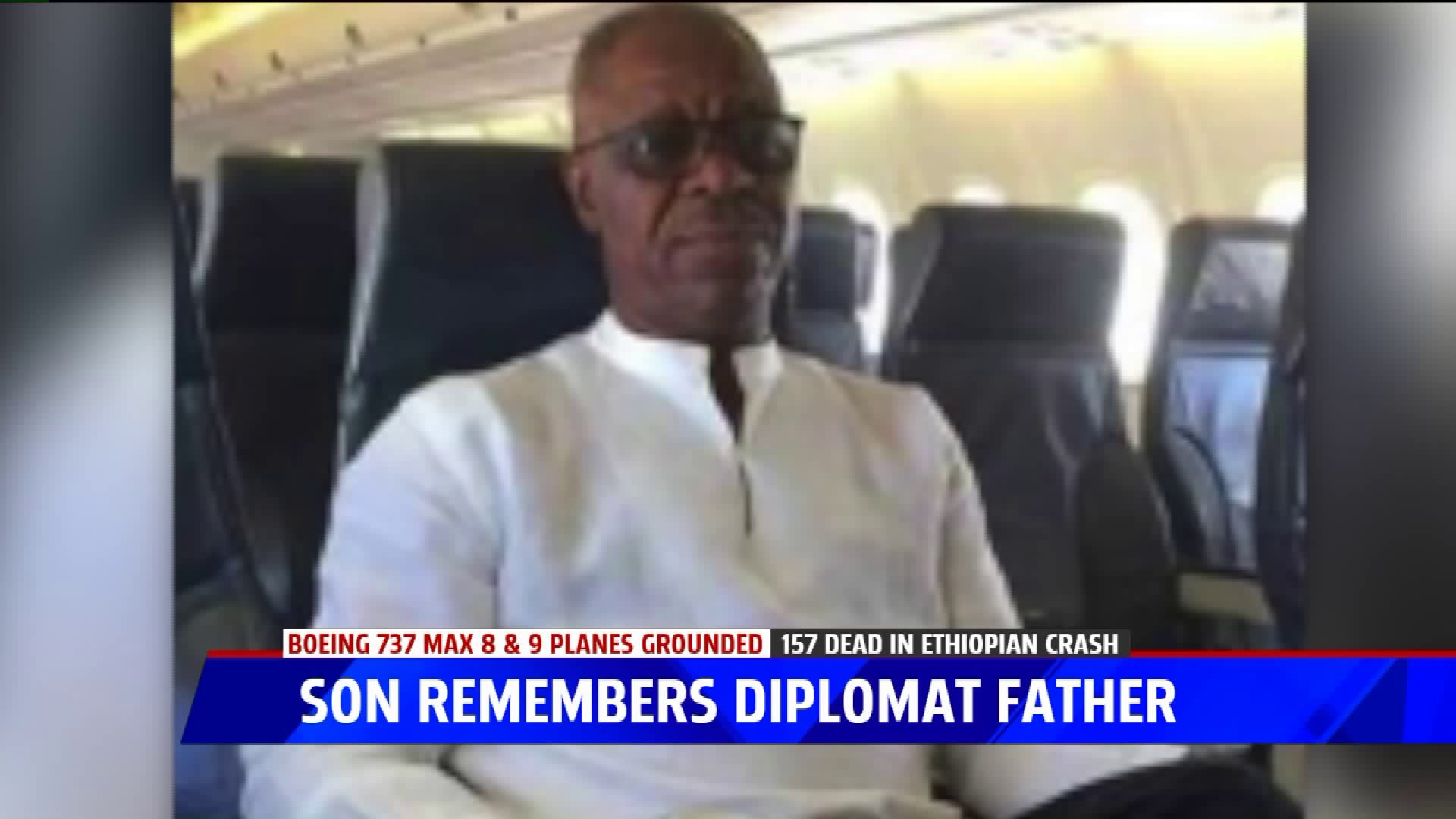 GRAND RAPIDS, Mich. — Three days after his father died in a plane crash that’s led to the world’s largest nations banning history’s best-selling airliner, Lekan Bashua can’t stop thinking about how it could have been prevented.

“For me, the picture I can’t get out of my head is the fact that he knew he was going to die,” Bashua told FOX17 over a Skype call Wednesday. “The last few minutes of that flight - I can’t get that picture out of my head.”

It’s a picture, he says, never should have been in his head – his father is now one of 157 passengers and crew who all perished in the fateful flight Sunday morning from Ethiopia to Kenya.

It was a region Bashua said his father, Abiodun Bashua, had a deep connection to.

A Nigerian national, Abiodun studied in France before becoming an ambassador with the Nigerian Foreign Service. He ran a refugee camp in Darfur, served in a war-torn Liberia, and worked within the UN in countries all around the world. But Bashua says he was always a people-person.

“His first assignment in Iran was presenting credentials to the Shah of Iran back then,” said Bashua. “But I’ve also seen him sit down and have beer with his driver, right.”

After Bashua moved to Grand Rapids to work for Steelcase, his father came to visit him frequently over those five years. The two were close.

“My siblings and I, I think the way we think of him is a guy that lived his life fully,” he said. “Here’s a guy that was never apologetic, went everywhere he went.”

“He just enjoyed people regardless of who you were and I think that’s what he loved.”

Sunday was his last trip. Less than ten minutes after taking off, the Boeing 737 Max crashed a few miles away from the Ethiopian capital city of Addis Ababa and left no survivors.

In October, another Boeing 737 Max airliner crashed in Indonesia killing all 189 passengers and crew. For Bashua, enough was enough.

“I’m sitting here dumbfounded, angered, pissed off that Boeing is playing this stupid game right now,” he said in a video posted early Wednesday to his YouTube page. “People died this weekend, it’s the second disaster, it is time these planes be grounded,” he went on.

Mere hours after the video uploaded, Bashua got his wish. President Donald Trump announced the complete grounding of all Boeing 737 Max models. The European Union, China, Canada and just shy of a dozen other countries have also announced their bans on the fleet.

Lekan Bashua and his father, Abiodun

Since the bans, pilots have voiced complaints about previous problems with the aircraft model and Boeing stock dropped 13 percent in trading this week, a loss with a dollar value of roughly $30 billion.

The Boeing 737 is the most sold airliner in history and Boeing has a total fleet of 371 Max models – all of which they grounded on Wednesday to avoid another tragedy and another loss like Bashua.

“I think it’s unconscionable that they waited so long but I’m thankful that the president did the right thing and grounded those planes,” he said.  “You can’t let something like this go, because it will happen again if we’re not careful.”