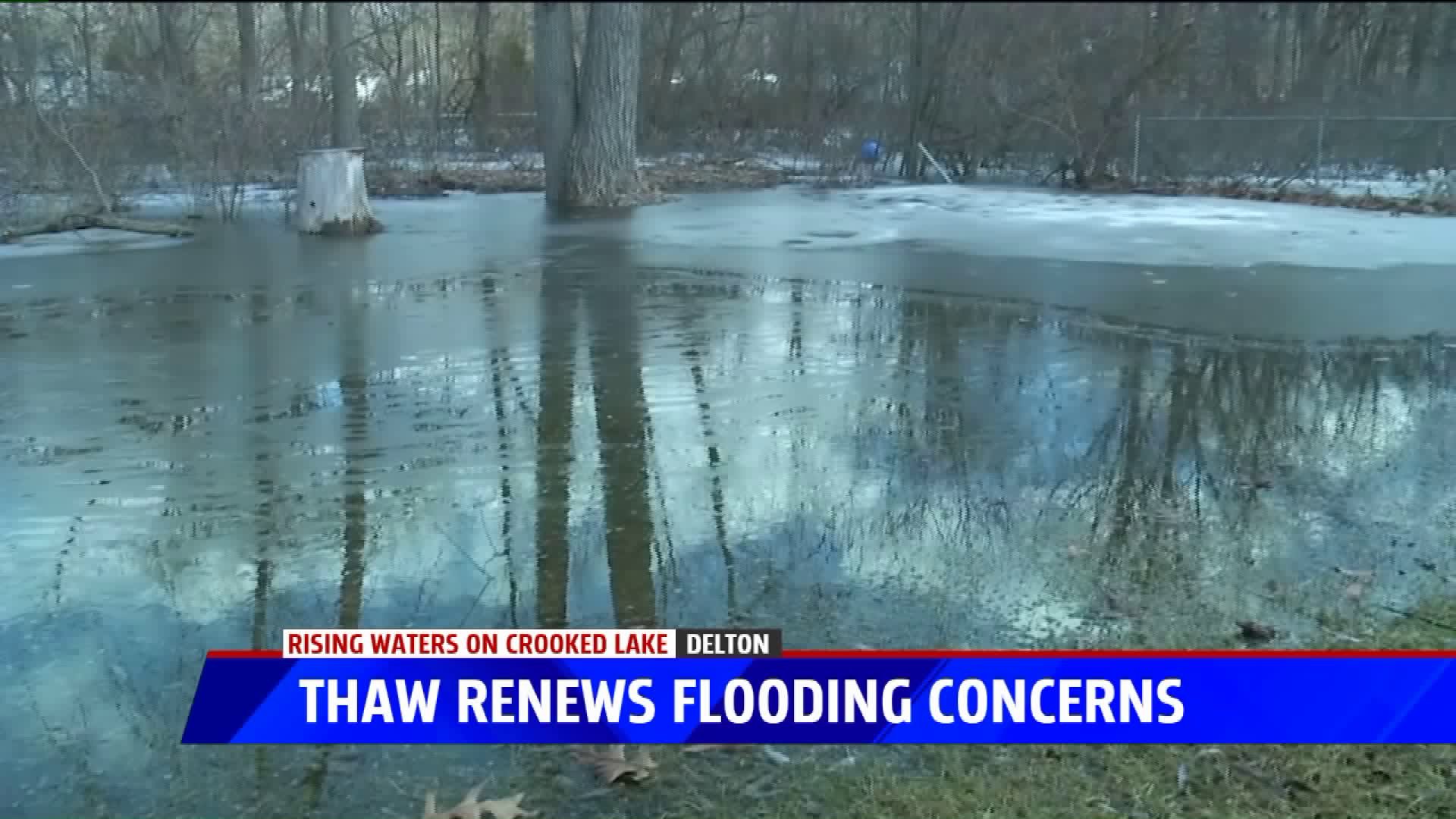 DELTON, Mich. — The last time Kim DeVries sent an email to local officials about the flooding problems at Crooked Lake was six months ago, she said.

However on Monday, she wondered if it was time to send another.

She said water was coming up from under the ground and flooding her backyard. Typically, there’s a small swamp on her yard. But now, the water is covering the entire yard including the road that leads to her house.

DeVries said she’s lived at Crooked Lake for 25 years and has never seen it this bad.

“Our roads have never been like this before,” DeVries said during an interview at her home. “It’s pretty much a lake when we drive out of the drive way,”

Her basement has also flooded, she said. DeVries and her husband drain it two to three times a day and so far they don’t know how much the damage will cost them.

“There’s nothing we can do right now until it’s done,” DeVries said. “It’s been well over a year so. We don’t even know.”

Residents at Crooked Lake said they’ve been dealing with flooding issues for over two years. Last year the water level rose to record levels which flooded many peoples’ homes and properties.

“We had one point probably had 30 foot of beach,” DeVries said.  “Now we have zero beach and it’s going up the steps towards our home.”

In 2018, a task force group gathered at the Local Grind Coffeeshop and  discussed the problems with local officials including Rep. Julie Calley and Barry County Drain Commissioner Jim Dull.

DeVries said she has not met with the group but identifies with their concerns.

“We’re not in a flood area,” DeVries said about her home in particular. “We don’t carry flood insurance. We don’t have a suck pump. But right now, with the water coming up, the water table is just so high.”

Dull told FOX 17 over the phone that crews were currently moving dirt on a property on Delton Road. It’s the latest solution he’s implementing after working with the task force group on a number of options to remedy the problem.

DeVries hopes something is done soon. After 20 years of working at Delton schools, she'd like to retire to some place warm. However she fears the water problems will halt her plans.

“My biggest fear is right now ruining the price of the property,” she said. “If I want to sell this place plus our land we would get absolutely nothing for it.”