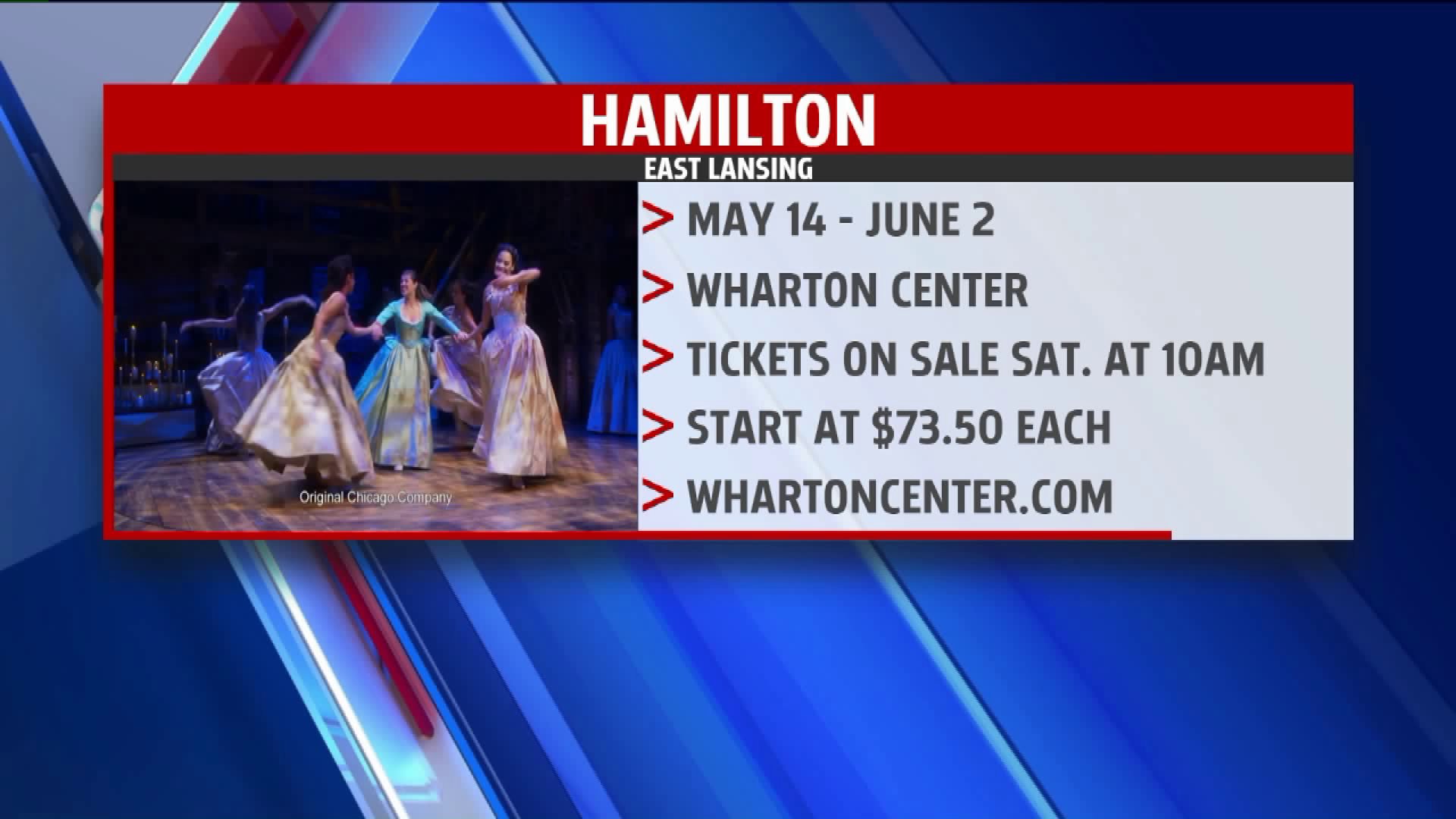 EAST LANSING, Mich. -- If you cannot wait until the hit musical "Hamilton" comes to Grand Rapids in 2020, you can get tickets starting this Saturday for the musical coming to East Lansing.

The show is playing at the Wharton Center from May 14-June 2, with tickets for sale online starting at about $75 each. Only four tickets can be purchased per household.

"Hamilton"  is the story of one of America's Founding Fathers, Alexander Hamilton, an immigrant from the West Indies who became George Washington's right-hand man during the Revolutionary War and was the new nation’s first Treasury Secretary.

Featuring a score that blends hip-hop, jazz, blues, rap, R&B, and Broadway, "Hamilton" is the story of America then as told by America now.