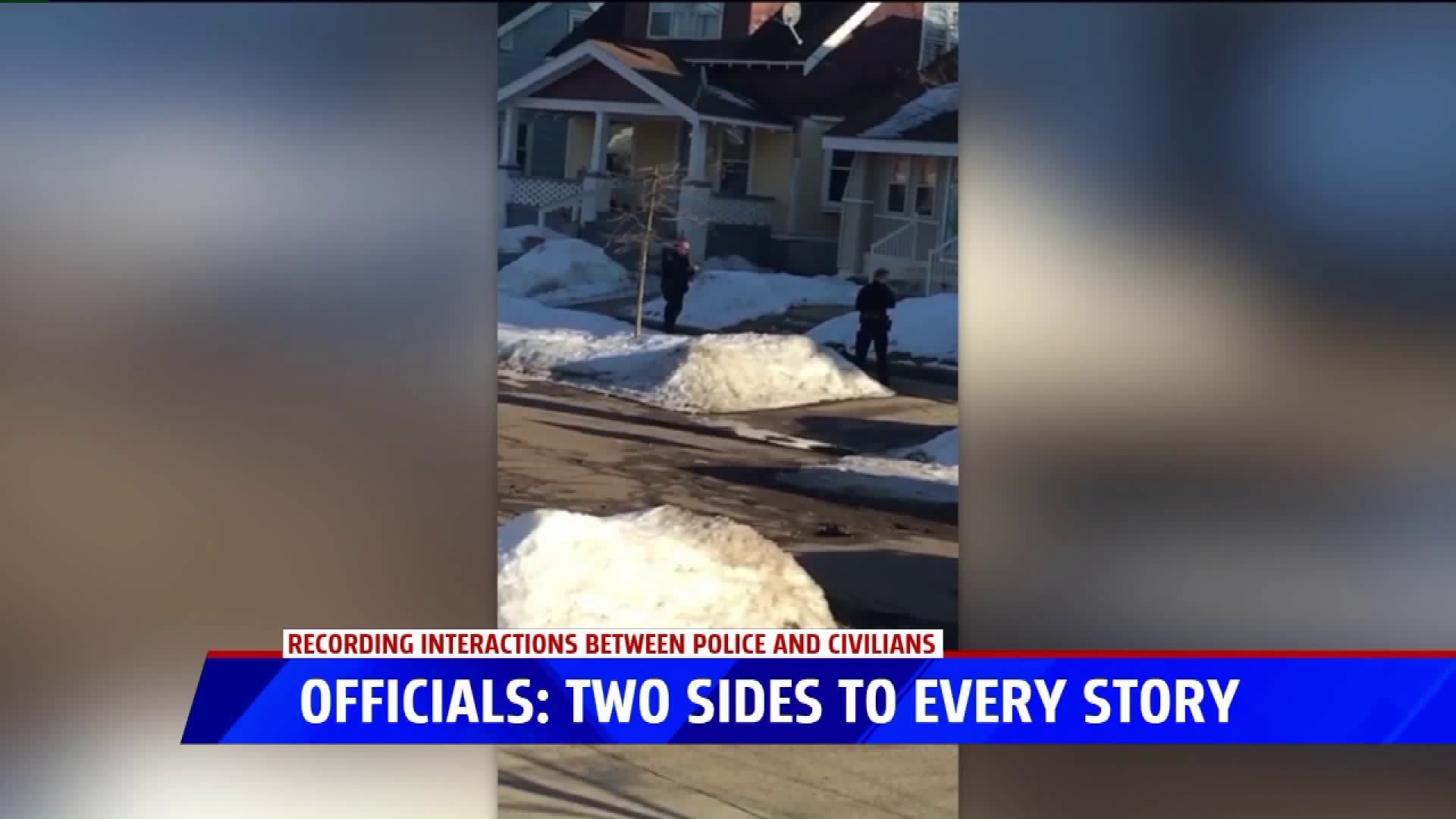 GRAND RAPIDS, Mich. — Police officers are often in the spotlight after video recordings of interactions make their way online.

But police want citizens to remember there are two sides to every story, and when videos on social media circulate of interactions with police, they may only tell one side.

David Willis with the Michigan Fraternal Order of Police says law enforcement officers don't mind being recorded, as it is a First Amendment right.

“Someone is always watching you, like we always tell other people,” Willis said.

While he is supportive of officers being recorded by citizens, he says the videos posted online don’t always depict the whole story.

“They’re taking little snippets and depicting information that may not be accurate to what is going on on-scene,” Willis said.

Earlier this week in Grand Rapids, videos of a confrontation between two teenagers and a police officer circulated online, prompting criticism.

Police say the officer stopped the teens for violating a city ordinance and walking in the road instead of the sidewalk while patrolling an area where a heavier police presence has been requested due to issues with young people.

Body camera footage shows the teens refusing to give the officer their names and putting their hands in their pockets after being asked not to.

The footage also shows one of the teens hitting the officer’s arm and reaching for his waistband when the officer attempted to arrest him, which resulted in the officer drawing his weapon.

Grand Rapids Interim Police Chief David Kiddle said the officer followed standard protocol, and officers’ reactions with the public are determined by individuals’ actions in a given scenario.

In other scenarios, Willis says public recordings can be a benefit, especially for displaying officer misconduct.

“It’s good for us. There is good and bad in everything, and if video captures something where police are doing something wrong, we need to correct that,” Willis said.

Another instance in Grand Rapids earlier this week showed a man being hit by an officer during a traffic stop. That officer was placed on paid administrative leave as a result of that situation while it is under investigation.

Willis says it's a citizen’s right to record police, but that it is important to keep a respectful distance, so officers don’t think anyone else is involved in a potentially threatening situation.