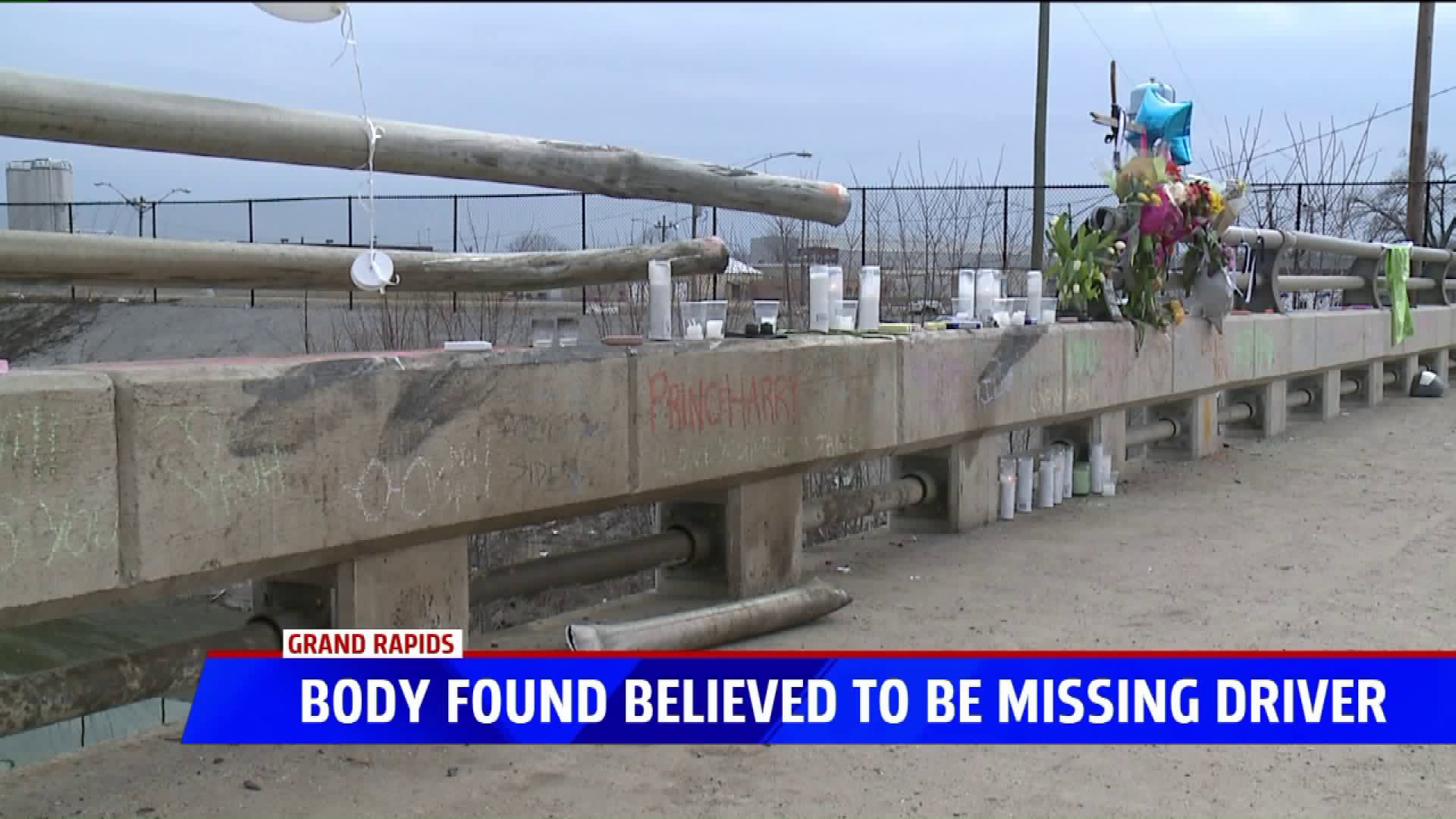 GRAND RAPIDS, Mich -- The Kent County Dive Team and the GRFD River Rescue Team have found a body near the scene of a crash that happened March 16th, 2019, believing it to be the body of vehicle's registered owner, 25 year old Austin James Huisingh.

The crash is still under investigation following recovery of the body. Huisingh has not been seen since the crash and attempts to reach him by police have gone unanswered. Witnesses reported the vehicle was heading south-bound on Market Ave, crossing the center line into the oncoming lanes. The vehicle hit the guardrails and went into Plaster Creek. No one was seen coming out of the creek or the nearby Grand River and the vehicle was empty when crews were able to pull it from the water the next day.

Recovery attempts were halted due to dangerous diving conditions over the last few days and resumed as water levels receded. The Kent County Medical Examiner will release the final determination of the body's identity. Though they believe Huisingh was the sole occupant of the vehicle, the investigation is still considered to be ongoing until confirmation of all details relating to the crash are known.

Huisingh was a member of the Mary Free Bed family, joining in April of 2018 as a nurse tech on their Intensive Medical Rehabilitation Team. Mary Free Bed tells FOX 17 that he will be greatly missed and remembered for his "positive attitude, exceptional patient care, and willingness to lend a hand in any way."

A counselor for employees at the rehabilitation facility will be on hand this week.