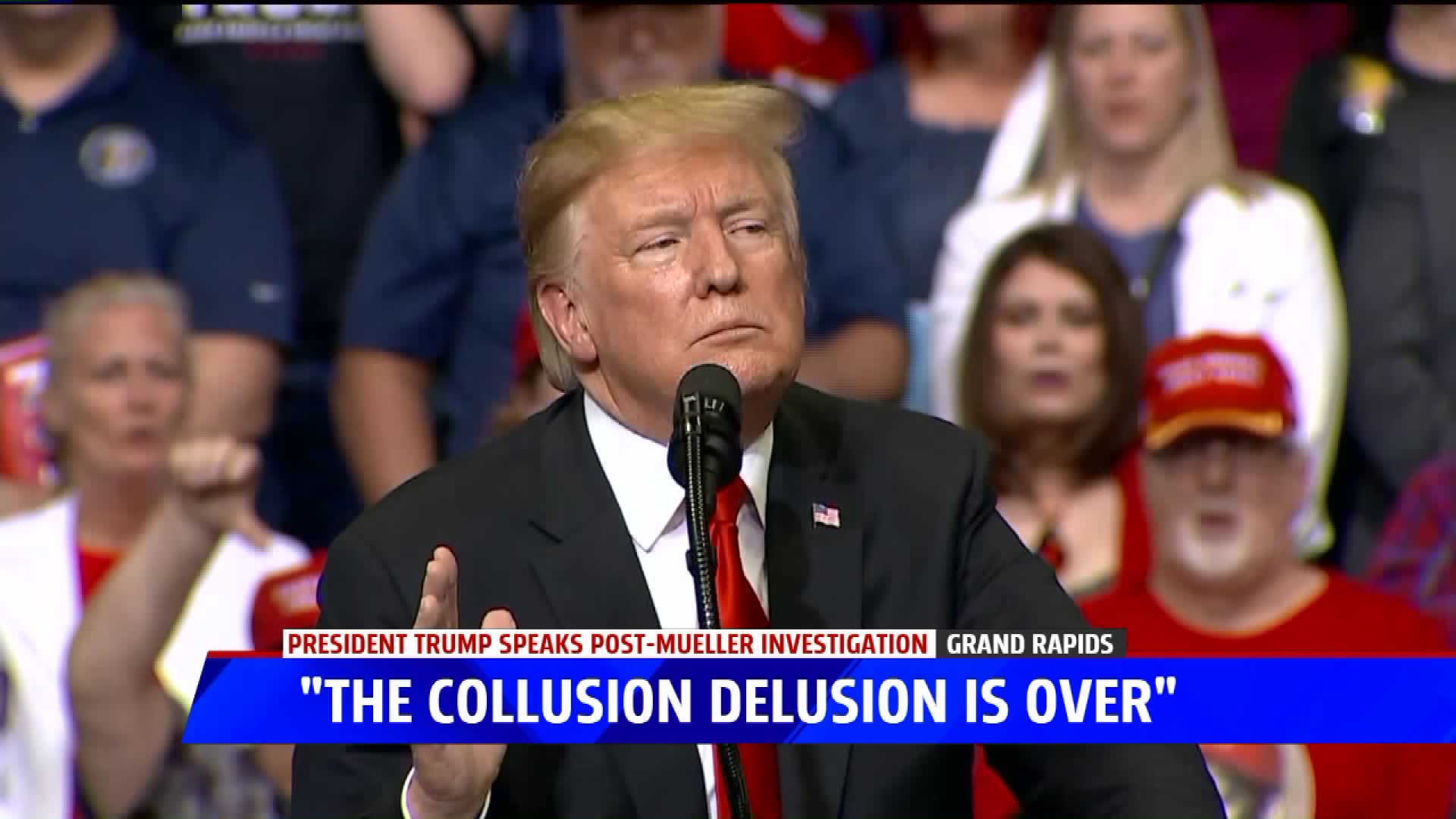 It was his first appearance since Special Counsel Robert Mueller’s investigation finished, and he made a point during the night to address the results.

“The Russia hoax is finally dead, the collusion delusion is over,” Trump said.

His son, Donald Trump Jr., echoed his sentiments before the rally started.

“He had a big cloud over his head with the Mueller nonsense and the biggest hoax perpetrated on the American people in history and so I think that has a liability going in," Trump Jr. said.

Trump called the investigation "nothing more than a sinister effort" to undermine his 2016 election victory and "sabotage the will of the American people."

Mueller did not, however, come to a conclusion on obstruction of justice, leaving that up to his new attorney general.

During the rally, Trump announced he will fully fund the Great Lakes Restoration Initiative after his administration proposed a 90 percent spending cut.

Trump told supporters he will be providing $300 million for the cleanup program, framing the announcement as "breaking news."

Breaking: President Trump just announced his support for fully funding the #GLRI (Great Lakes Restoration Initiative)! This is fantastic news for the ecology and the economy of the #GreatLakes!

Trump says he "supports the Great Lakes," noting "they're big" and "very deep."

SETTING SIGHTS ON MICHIGAN FOR 2020

The president’s campaign made it clear Michigan will continue to be a prize to be won in 2020.

“Michigan is a state that took him over the top, so coming back here and visiting the voters that got him to 1600 Pennsylvania Ave. is key,” said Kayleigh McEnany, national press secretary for the 2020 campaign.