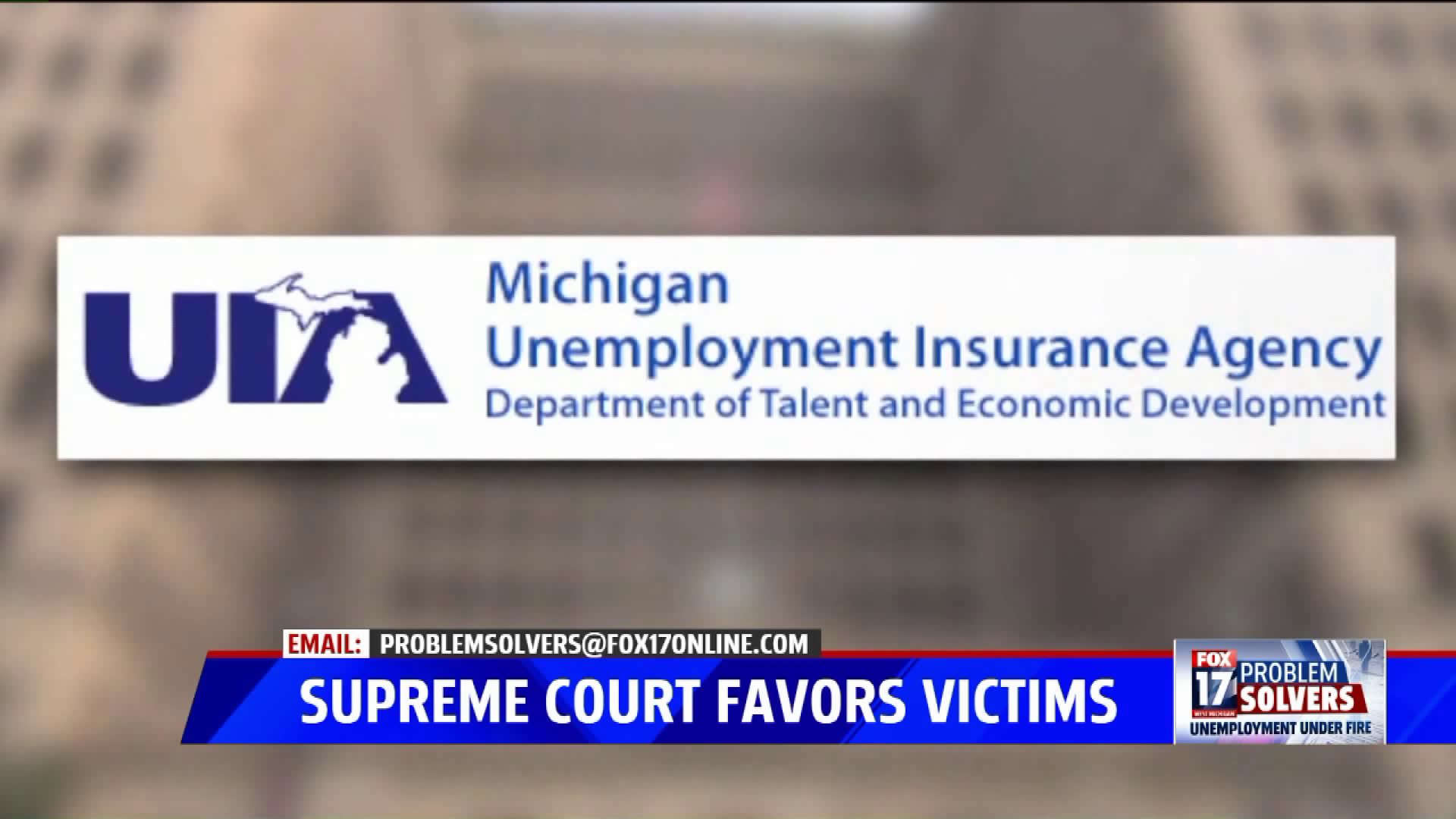 LANSING, Mich. - The Michigan Supreme Court has ruled that thousands of residents who caught up in a computer glitch that wrongly took back millions in unemployment benefits have a legal right to get their money back from the state.

The ruling in Bauserman vs. Unemployment Insurance Agency (UIA) says that the UIA "violated their due-process rights by depriving them of property without providing adequate notice and an opportunity to be heard" and that the UIA had "engaged in unlawful collection practices."

The FOX 17 Problem Solvers started the investigation into Michigan residents who were being wrongly punished for fraud by the UIA. A state investigation showed that a problem with a new computer system used by the state misidentified fraud cases and the state had no means for people to dispute the claims made by the system.

In October 2018, the state Supreme Court started hearing arguments about whether or not residents hurt by the computer glitches had waited too long to sue the state for getting their money back.  Today's ruling says that the residents do have the right to sue the state.

We'll have more on this on later editions of FOX 17 News.