Teen denied Kalamazoo Promise says Oakland U. ‘helped her believe in herself’ 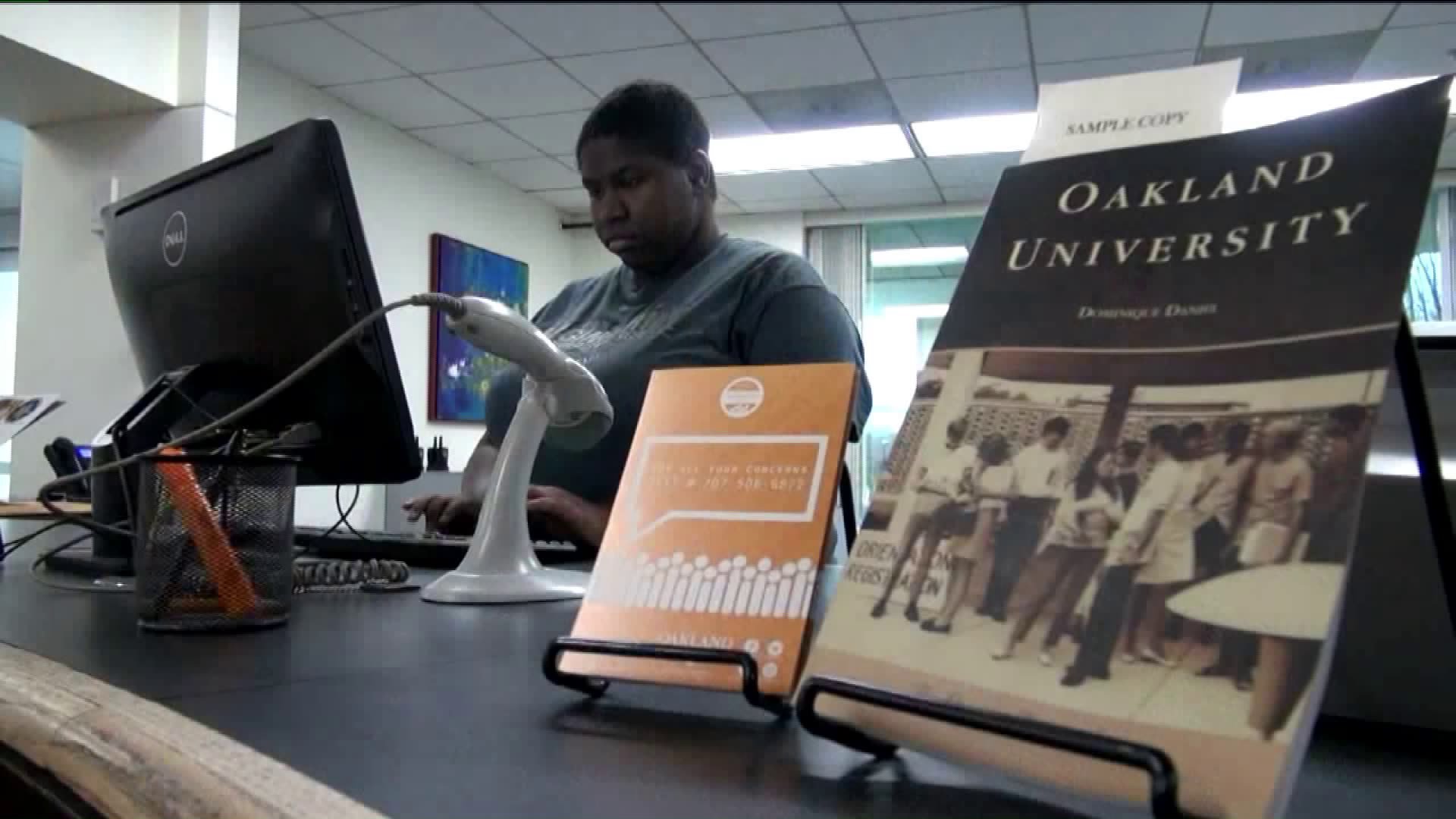 ROCHESTER, Mich. — When Zaviona Woodruff approached the student chalkboard to leave a message on why she loves Oakland University, she knew exactly what she wanted to write:

Helped me believe in me.

It’s one of the main lessons she’s learned during her freshman year at Oakland, she said. In the beginning she struggled with a few classes and how to prepare for them. However, with the help of a mentor, she learned how to study for college-level courses.

“I thank everyone that helped me,” Zaviona said. “Thank you for listening. Like anybody who listened, anybody who contributed, thank you. And for the Promise it’s even though you didn’t give it to me, I still made it here.”

Zaviona almost missed out on going to Oakland after she was denied the Kalamazoo Promise just days before graduation. The promise guaranteed her free tuition to any college in the state since she had been a public school student since kindergarten. It’s a scholarship offered to any KPS student who meets that criteria.

However, in high school she, her father and her younger sisters spent a few months homeless. When her father found a place for them to live, they later learned the apartment was one block away from the district line.

“Maybe it’s not the Promise that’s having a fault,” Zaviona said. “Maybe it’s the districting lines.”

Zaviona’s story went viral on social media and made headlines elsewhere. Her GoFundMe page had a limit of $12,000 however it grew to close to $20,000 within a few days. The staff at Oakland saw her story online and helped her get even more money for school.

“I’m glad everyone saw it,” she said. “I feel like the Promise could’ve handled it a little better.”

Zaviona said it’s all in the past. All that matters now is succeeding at Oakland, becoming a mechanical engineer who works on airplanes and helping her family financially.

She knows all it takes to achieve her goals is a little bit of belief.