Woman tattoos names of doctors on her after saving her life 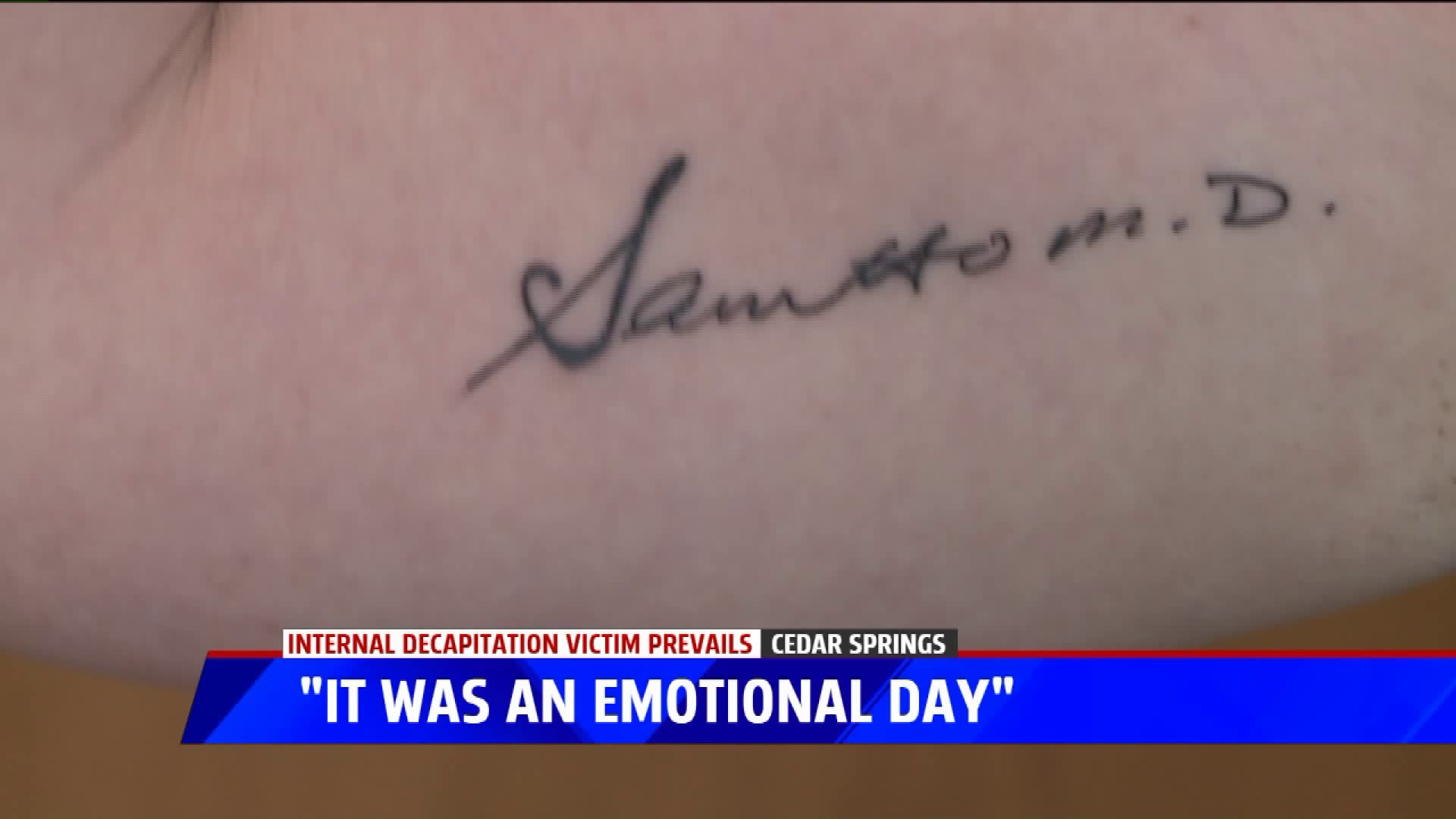 GRAND RAPIDS, Mich. — A Cedar Springs woman is lucky to be alive after a car crash nearly took her life and left her internally decapitated.

Lila Deline was pulling out of her driveway when she was hit by a vehicle going 60 miles per hour. The crash forced her skull to come off her spine, an injury that is typically fatal.

But after several life-saving surgeries and months of specialized rehab, she’s home and doing better than she could have imagined.

She decided saying thank you wasn’t enough for Dr. James Stubbart and Dr. Sam Ho, so she got their signatures tattooed on the body parts they fixed.

“I have Dr. James Stubbart on the back of my neck … he’s the one that put the scar back there by putting my head back on,” she said.

“And I have Dr. Ho right here,” she said pointing to her arm.

Deline says she would have died if any other doctor got to her before Stubbart and Ho.

“If anyone else had gotten their hands on me first and they didn’t have any awareness and education that my husband had, they would have killed me,” she said.