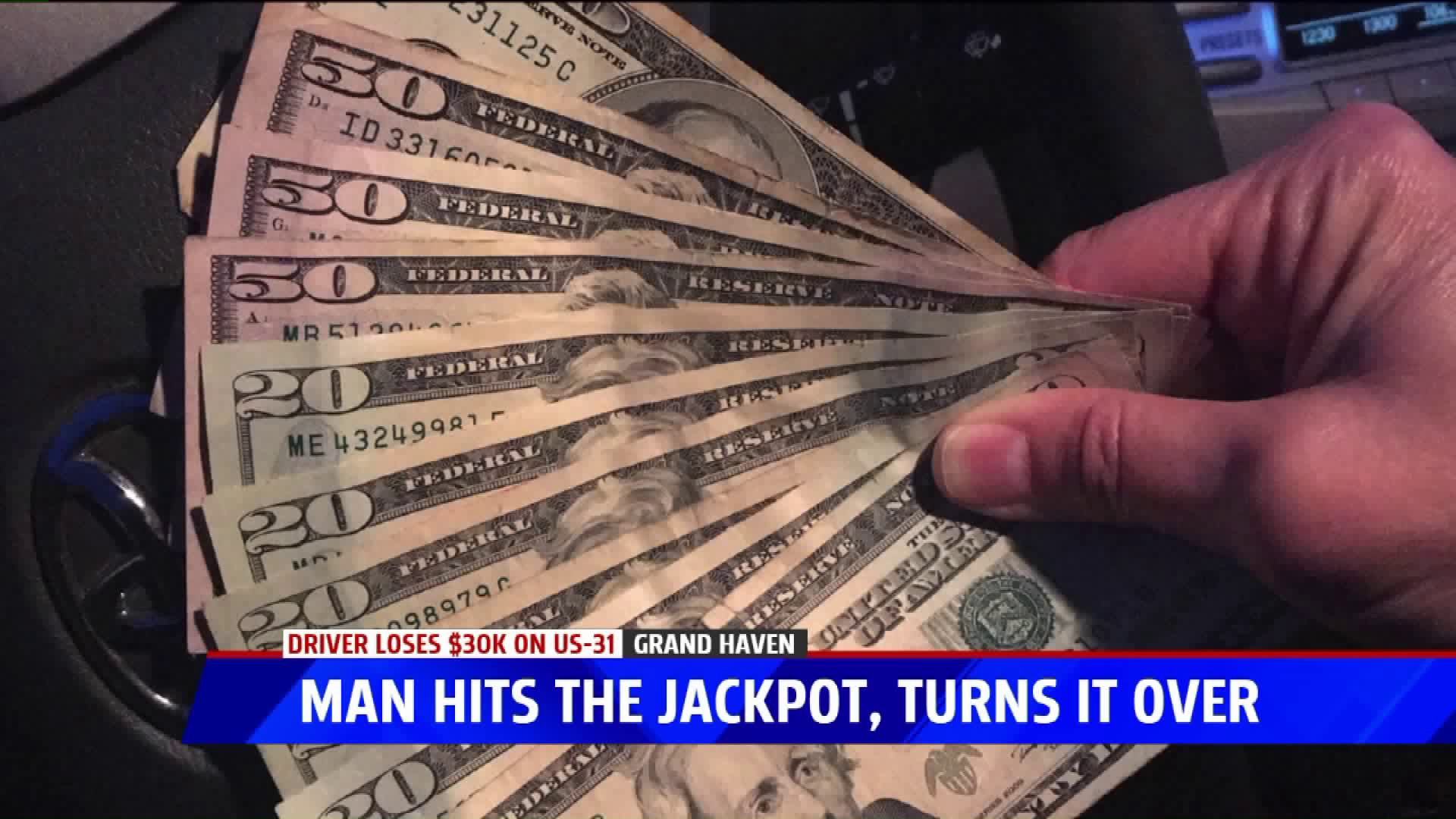 GRAND HAVEN, Mich. — A driver on US-31 in Grand Haven caused a stir Thursday night after accidentally sending $30,000 in cash flying over the roadway.

Witnesses and officers recovered some of the cash after the chaos settled down, but so far, only one person has come forward to return the money.

Brian Kamstra found nearly $400 on the ground in seconds but decided to return the money to police in hopes others would follow his lead.

“I wanted the owner to have the money back obviously,” he said. “You know, it's not my money it's his and I would love to see him use it for his intended purposes.”

Kamstra was driving on US-31 Thursday when he suddenly saw 20s, 50s and 100s strewn across the highway.

Like many others, he put the vehicle in park and started scooping bills off the ground.

"I think somebody dropped their cellphone trying to pick up all the cash, and the police told me they found four cellphones so obviously people were pretty occupied with picking up the cash," he said.

When he found out the money’s owner left the money in a cardboard box on his bumper, he decided to do the right thing.

It was a good deed that many may be less inclined to do, especially in Kamstra’s position, the day before his birthday. Although he’s now $370 short, he says he will still be celebrating.

“Even though we don't have the cash we're still going to go celebrate," he said.

Officers recovered about $2,500 at the scene, but there is still thousands unaccounted for. Police ask anyone who picked up cash Thursday to return it to the Grand Haven Department of Public Safety.