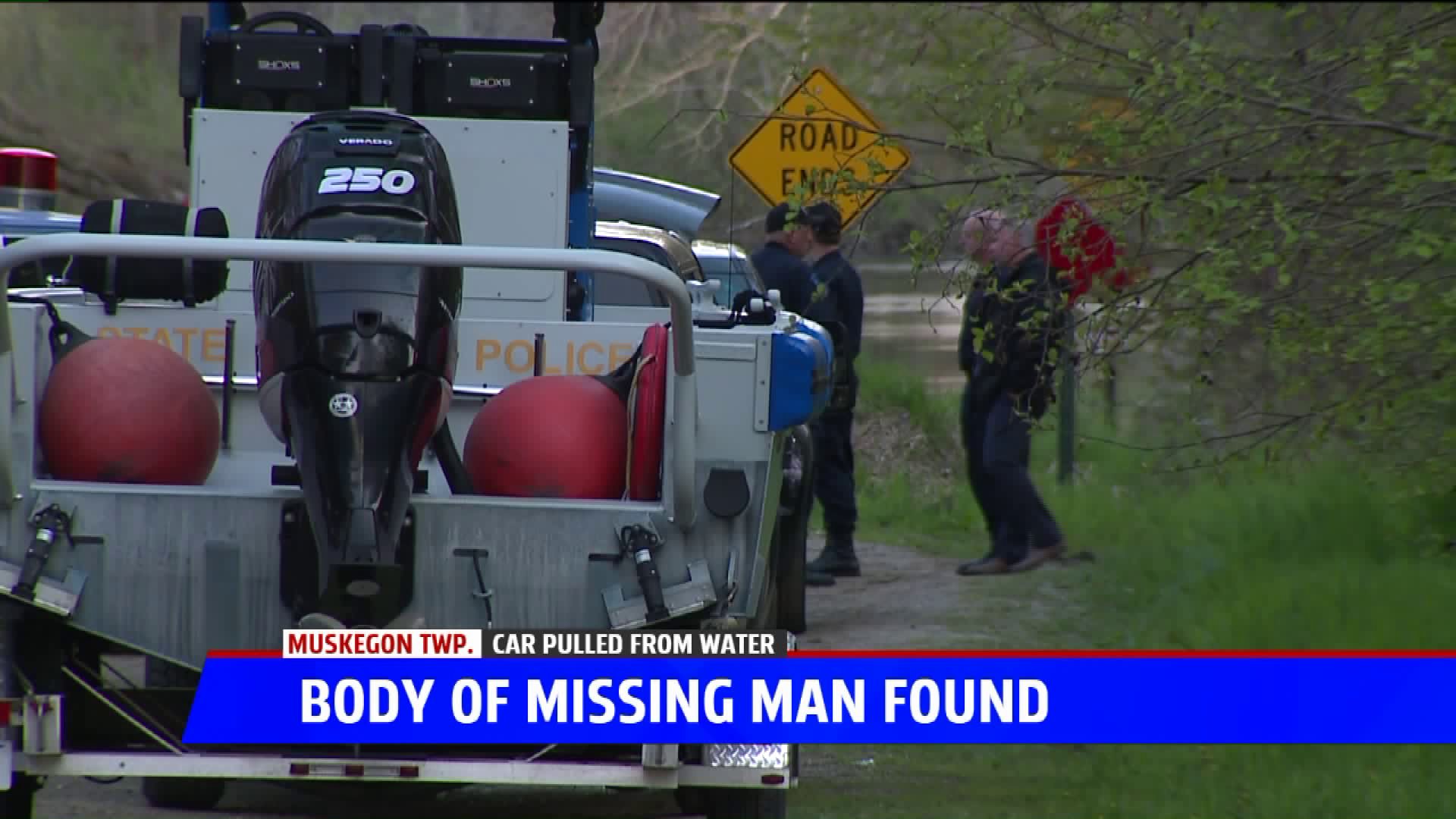 MUSKEGON TOWNSHIP, Mich. — Authorities found the body of a missing Grand Haven man Tuesday night in the Muskegon River, according to family.

Jeff Scarbrough’s body was found in his vehicle near a public boat launch on Creston Road in Muskegon Township.

Grand Haven Department of Public Safety Capt. Clinton Holt said the incident could have been an accident.

"Obviously, we feel for them. We're fathers as well," Holt said. "We can't imagine losing one of our own that way, and our condolences go out to the family."

Authorities said around 10 vehicles have gone into the water over last few years near where Scarbrough's was found.

The 29-year-old had been missing since Saturday afternoon when he went golfing at Chase Hammond Golf Course in Muskegon County, a few miles from where his body was found. He left the course to pick up his son, but never showed up.

Scarbrough’s father said his son’s disappearance was out of character. He has been working with other family and friends in the search.