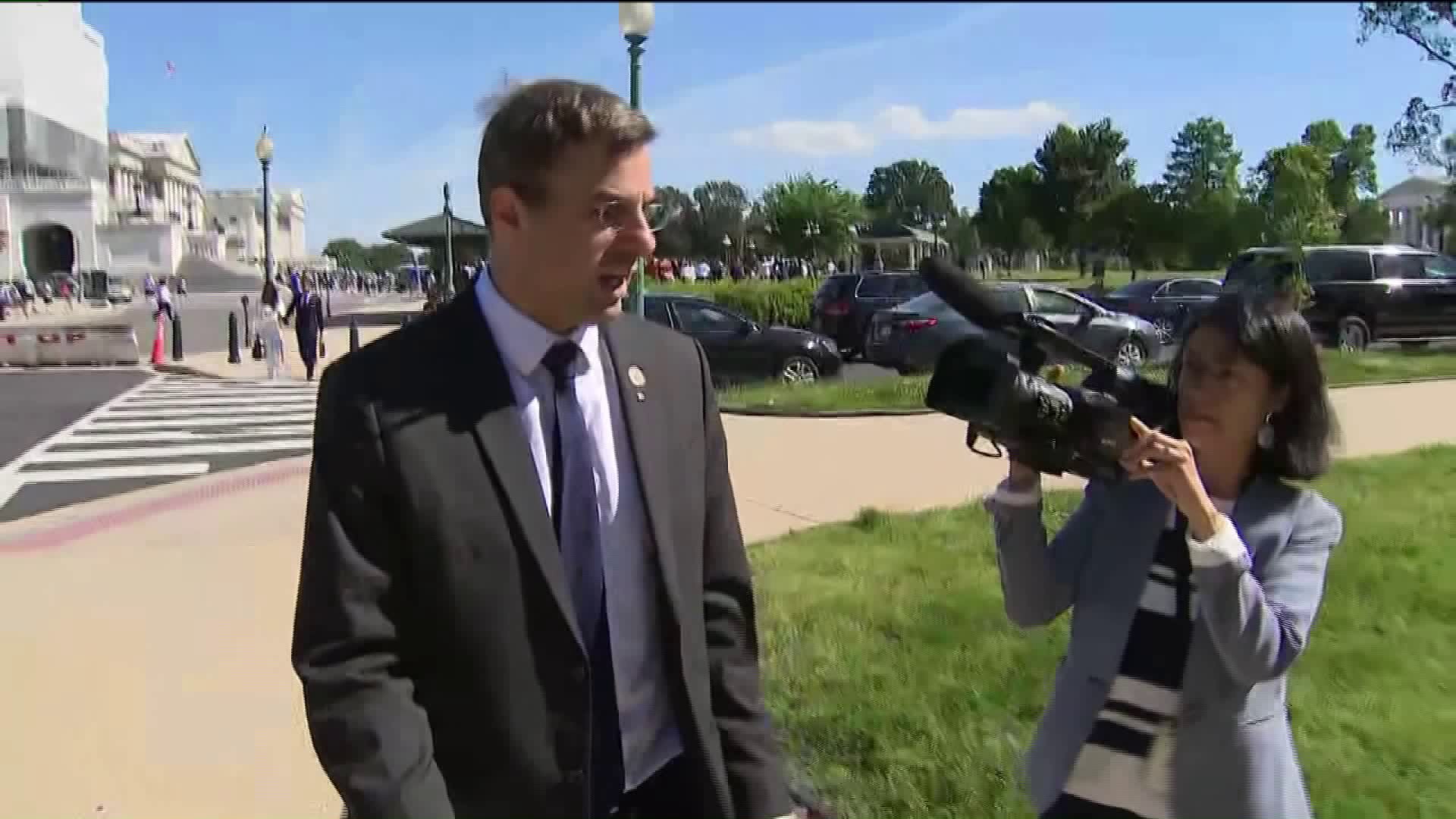 WASHINGTON - The lone Republican on Capitol Hill who's publicly come out in favor of impeaching the president is responding to backlash from his party.

Some have questioned Amash's timing, considering the redacted Mueller report has been out for a month.

"I — thought it was the appropriate time to get it covered," Amash says.

Though Amash has not been publicly supported by fellow Republicans on this matter, he says he doesn't feel "left out."  When asked what he plans to do next, Amash made it clear he won't be the one to begin an impeachment inquiry.

"Well, that will be on Speaker (Nancy) Pelosi," Amash says. "I mean they're discussing that right now on the Democratic side and I think that they're discussing whether to proceed with hearings and other investigations, and that's up to the speaker."

Any member of the House of Representatives can introduce an impeachment resolution, not just the speaker. Pelosi has made it clear that she would rather have the president voted out of office in 2020 than go through an impeachment. Still, Amash is leaving it to the Democrats.

"I would be supportive of doing some more hearings and more investigations," Amash says. "I think that I have the evidence I need, based on the Mueller report. Some other people don't and want to hear it in a different way. I think that would be helpful. But that's really up to the speaker and on any particular issue I'll decide, based on the particular facts of the issue. So it doesn't mean I'd be supportive of everything Democrats do, no."

Top House Republican Kevin McCarthy pushed back Tuesday against Amash, saying he is out of step with others in the party and with Americans. But the most conservative group of House Republicans declined to oust Amash from its ranks.

"Mr. Amash always has a different voting record than most of us, anyway," McCarthy told reporters Tuesday.

McCarthy told Fox News that Amash's tweets are just a stunt and that he is looking for attention.

In calling for Trump's impeachment, Amash stepped farther even than some Democrats.

Pelosi is holding her increasingly restive caucus to a step-by-step process by which the courts and perhaps the House would weigh in on Trump's lack of cooperation. Multiple committees are investigating Trump's business dealings and other conduct.

Pelosi and her allies say it would take more Republicans than just Amash, plus broad public sentiment, to trigger impeachment proceedings.

"We've got to lay the groundwork, lay the framework, before you start anything like that," Dingell said. "Because a partisan impeachment would divide this country further."

The Associated Press contributed to this story.