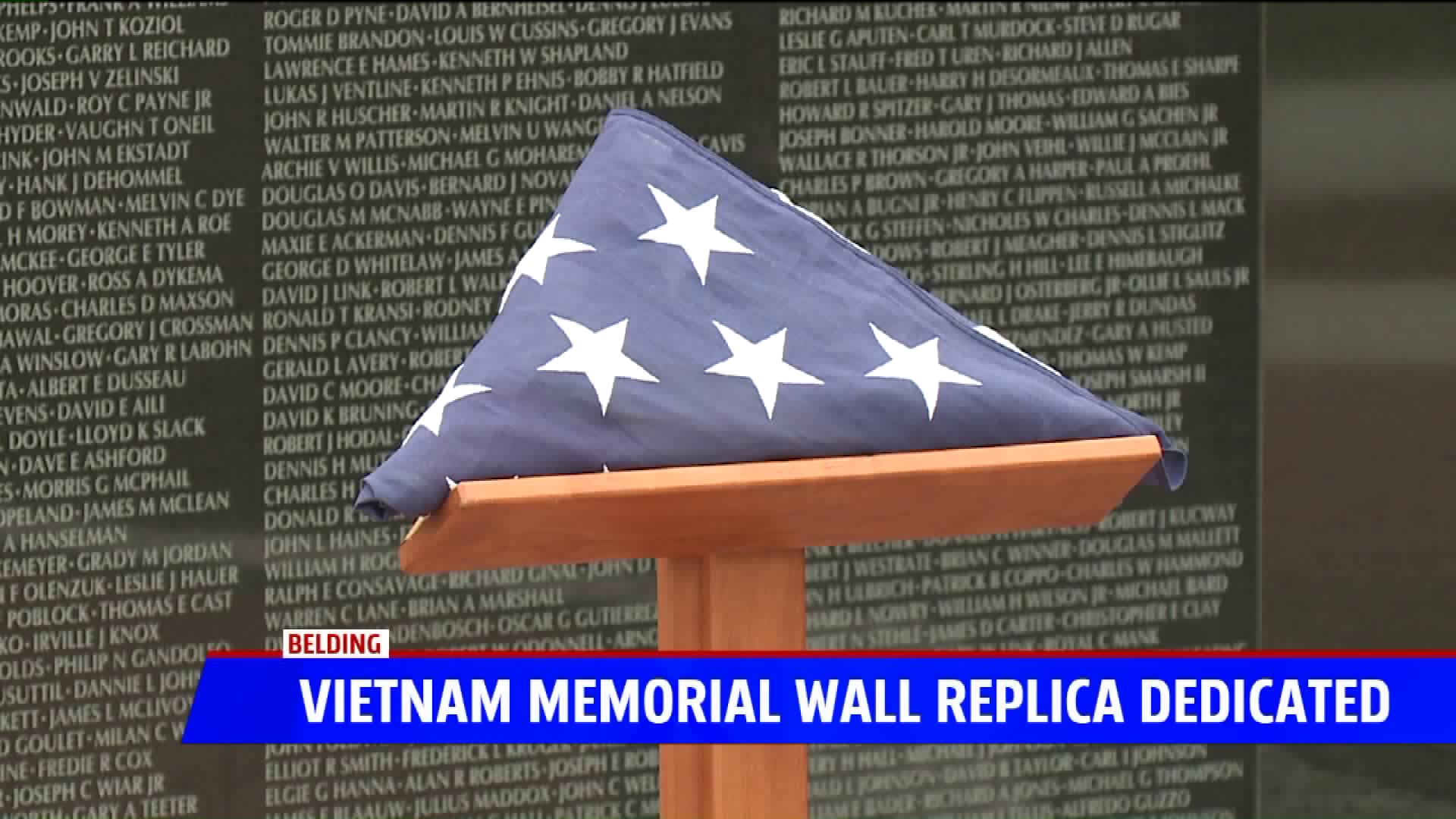 BELDING, Mich. – On a day meant to honor and remember those who’ve fallen in service of the country, the city of Belding unveiled a stunning contribution to that mission.

After almost three years of fundraising and building, a finishing touch was revealed today at the Belding Veteran’s Park. In front of the hard-fought-for Vietnam Memorial Wall there, a field cross and monuments to the Blue and Gold Star Mothers were erected and shown to the public for the first time. It’s not an end for the Veteran’s Park, but for the wall and its architect, it’s a good place to stop and reflect.

Denny Craycraft survived the Vietnam War and in 2016, after much trouble with red-tape, broke ground on an otherwise unassuming piece of land at the current veteran’s park.

Craycraft passed away in April, never getting to see the wall come to full completion.

“We’re excited, we’re sad that he’s not here but we know he’ll be looking down on us,” said his daughter Holly Noble.

“When you tackle something like this, it takes a lot of time, a lot of effort, a lot of please-may-I,” said Jim “Doc” McCloughan, a West Michigan native and Medal of Honor recipient who spoke at today’s dedication. “The fruits of his labor are right here and that will be a signature and one of - only one of - the things that people can remember him by.”

The entire monument was erected with money that was fundraised or donated. It’s open to the public any time of the day or week.