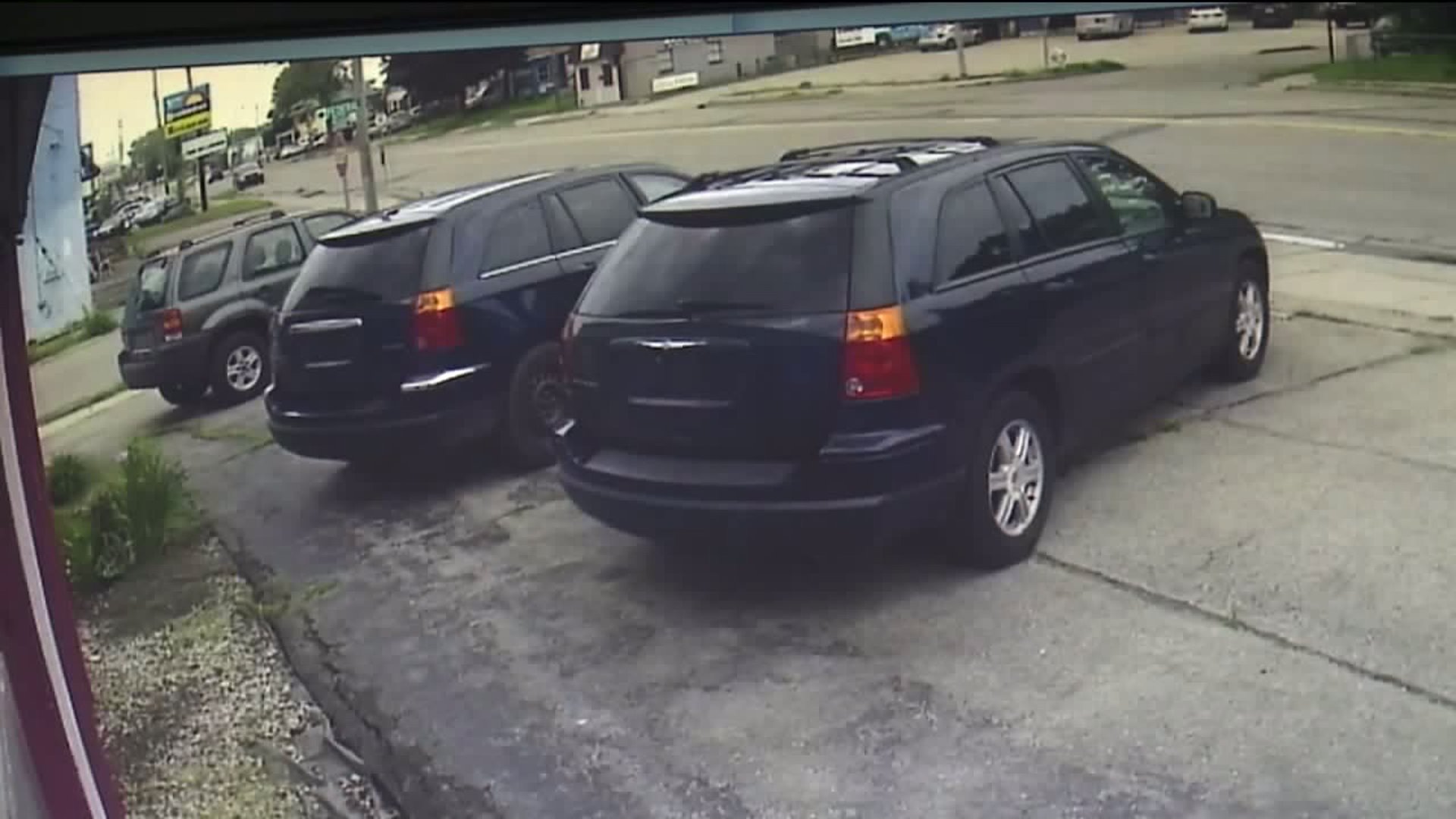 WYOMING, Mich. -- We are getting a firsthand look at surveillance video from a nearby business following a serious crash Sunday.

The owner of ABC Motors shared surveillance video with FOX 17 showing the impact of the crash between two cars, sending a tire into the restaurant.

Dispatchers tell FOX 17 injuries were reported as a result of the crash, but the extent of which are not known.

The collision happened in front of the New Beginnings Restaurant. Staff members tell FOX 17 a tire from one of the vehicles in the crash ended up going through one of their windows,  damaging a wall and a booth and leaving debris around the restaurant.

No injuries were reported inside the facility.