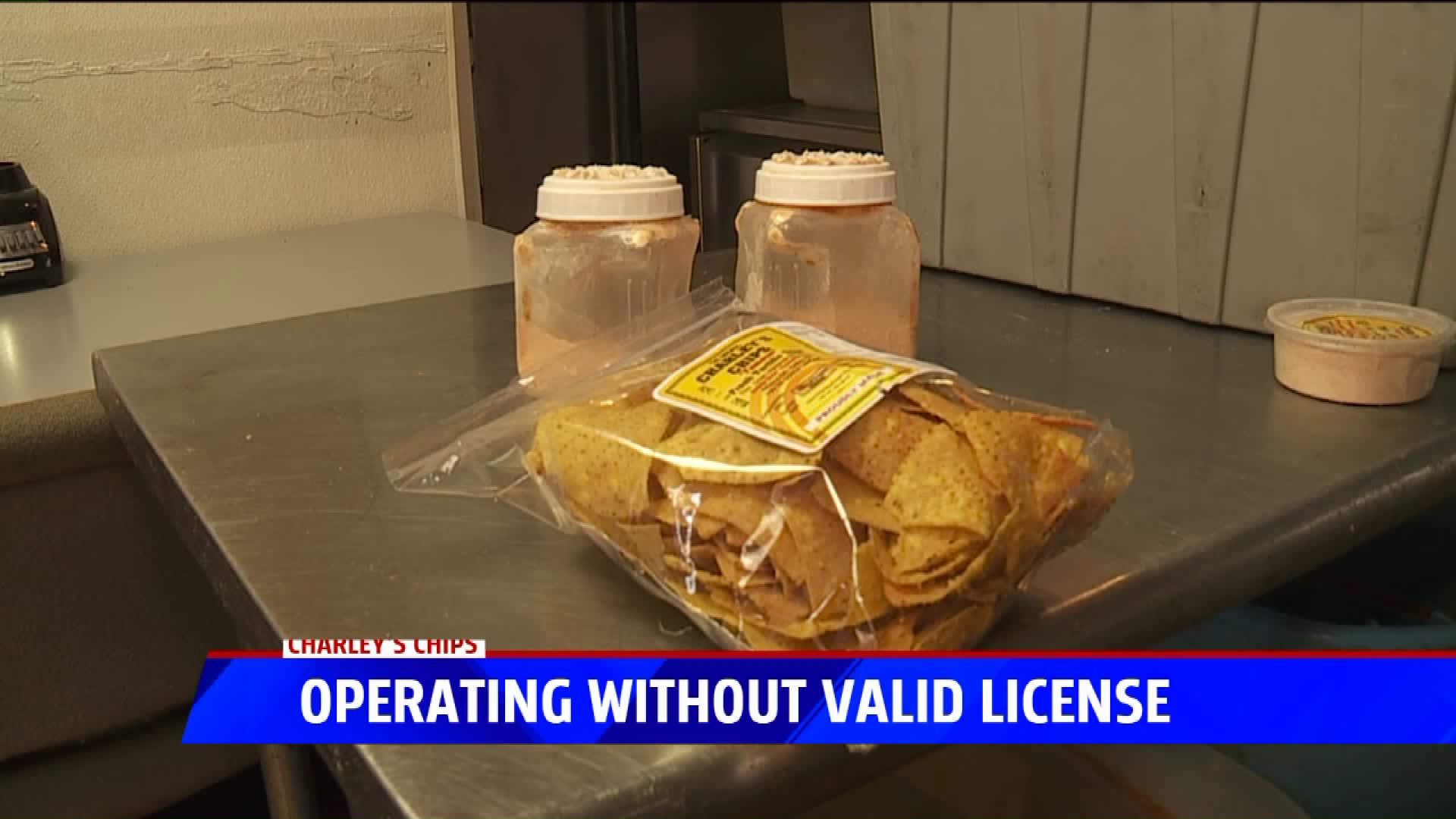 GRAND RAPIDS, Mich. — The owner of a Wyoming-based chip company says his products are safe to eat despite a state warning about the conditions they are made in.

Jim Raredon admits his license to make the food is expired but says that is the only place he went wrong, and his kitchen is clean.

“I owe the state money, I didn’t pay them in time,” he said.

On Wednesday, the Michigan Department of Agriculture and Rural Development sent out a message advising people not to eat his products due to unsanitary conditions at the processing facility.

“We found things like gunk on the pipes, nonfood grade equipment to make the products,” MDARD communications specialist Jennifer Holton said. “We found a bed, a recliner."

Neither the bed nor recliner were there when FOX 17 went inside the kitchen.

Raredon said he was preparing to do a full recall before the state issued a consumer warning.

“The next thing that I knew, they took that out of my hands. I was doing that yesterday and today, and I didn’t move fast enough or whatever. Without warning, they did what they did today,” Raredon said.

The state says they're just doing everything in their part to keep people safe.

He feels the state is making the situation out to be a bigger deal than it really is.

“The chips could be two years old, opened, and you still wouldn’t get sick,” he said. “There’s nothing in there to make you ill. That might be stale, but no, there’s nothing for the public to be alarmed about.”

The issue with Raredon’s license to produce the chips will take at least a few weeks to resolve. In the meantime, he is relying on his customers to get him through the situation.

“The only thing that will get me through this, is the loyalty of the customers that will still buy the product,” Raredon said.