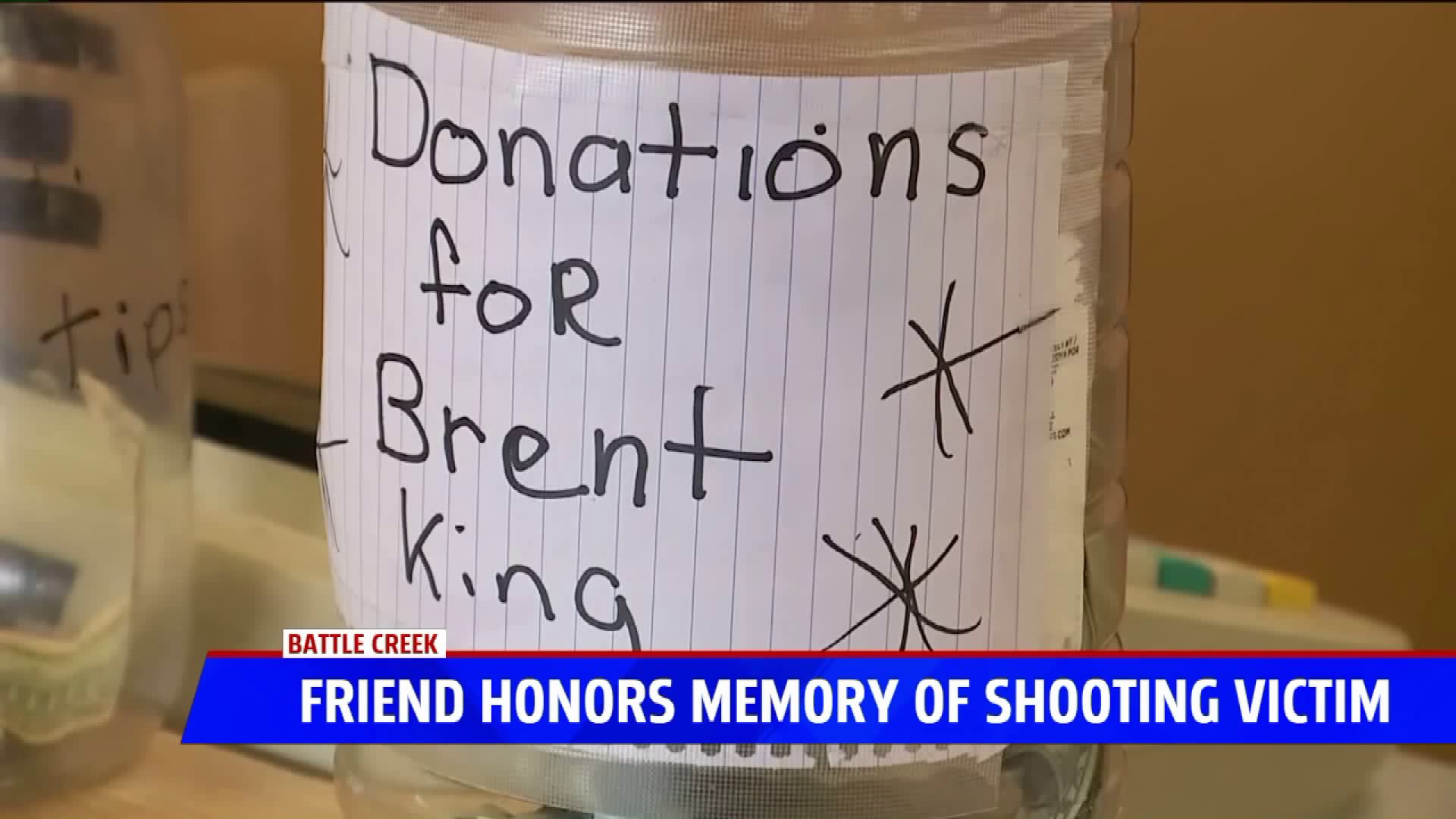 Everybody loved him at B.C. Burger on Capital Avenue where he worked. He was the type of guy who’d always help people out.

“Everybody who knows Brent knows he’s big teddy bear,” Lepird said during an interview at the popular burger restaurant. “Working here was one of his faults probably because people would come in here with no money and he’d be like 'I got you, just get me next time.’”

Sadly there won’t be a next time, Lepird said. King was shot and killed early in the morning on Memorial Day. He got a phone call around 5 a.m. from King's mom saying that he’d been shot multiple times.

“We’re all trying to stay close right now and be there for each other,” said Lepird, who’s been best friends with King for more than 30 years.

Battle Creek police said that King was walking to the scene of a shooting that morning when he got into an argument with a woman who was walking her dog. Then, a man arrived and immediately opened fire.

“I got a whole bunch of people that send me the clippings I guess from what happened but I don’t really read it or look at all that. It just makes me sad,” Lepird said. “So I kind of just been focusing on trying to get the funeral arrangement for him.”

Lepird said since King's death, the family has been struggling to pay for his funeral expenses.

Lepird admitted he thought it would be a couple of thousands of dollars. However, the bill is closer to $9,000.

So coworkers put out a tip jar at the restaurant for donations and any customer who contributes $10 or more are given a free combo meal.

Slowly, the jar has been filling up.

“People are really stepping up,” he said. “There’s been people who have stepped up and just have been touched by such tragedies and gave something just to be supportive.”