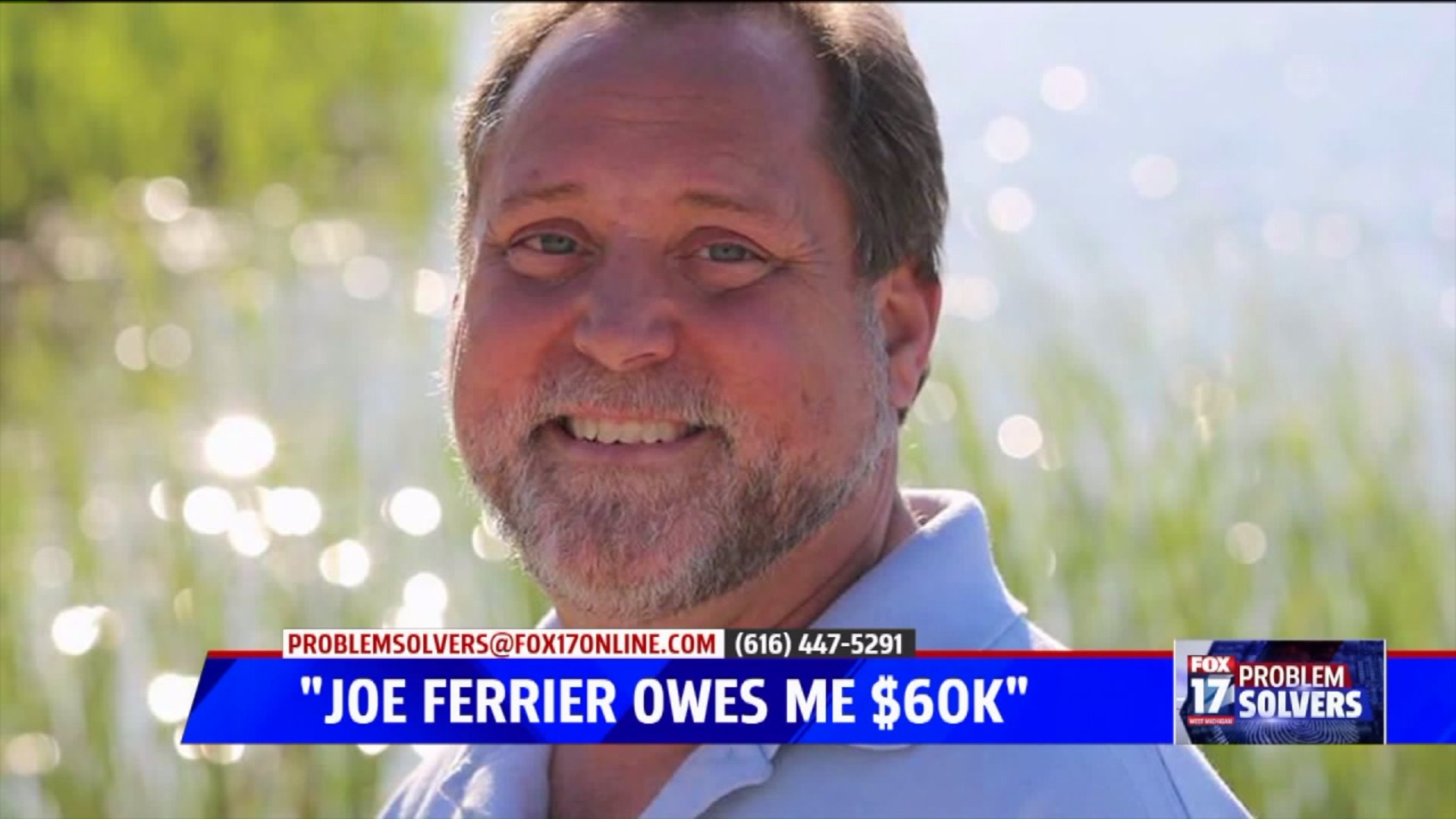 She said she trusted Ferrier since he's the expert and owner of Port City Real Estate Incorporated in Muskegon County.

"It's just so much lies and comes up with so many different stories," Nicholes said.

Ferrier, who's also a licensed contractor, was previously featured by the Problem Solvers for allegedly taking off with tens of thousands of dollars and failing to pull permits. We interviewed two different homeowners on those issues. As a landlord, he's been accused of failing to respond to tenant complaints.

Nicholes recalled, "My sister happened to call me and goes, 'What's that guy's name that owes you that money?' I said, 'Joe Ferrier'. She goes, 'He's on FOX 17 News right now.'"

She said her deal with Ferrier involved swapping homes with him in 2012. She traded her home in Muskegon for a property he owned in Ravenna.

She said she didn’t realize her name wasn't on the deed until she moved out and sold the house back to Ferrier on land contract in 2015. She said the truth came to light when she went to the Muskegon County Register of Deeds after Ferrier stopped making payments.

The former bookkeeper continued, "He bought it back on land contract from her, paid her for a while, then just stopped paying her."

"Then he sold it," Hopkins said.

Nicholes said, "My name is not on that deed."

Nicholes, who said Ferrier told her to talk to his attorney, wants him to live up to his end of their deal. She said Ferrier claims to have lost his paperwork on their transaction.

Among several documents, Nicholes has a copy of the land contract and text messages she exchanged with Ferrier.

"You need to stop ripping off people," Nicholes said of Ferrier.

According to the county register of deeds, Ferrier's company Smart Investments sold the property in 2018.

In response to the accusation, Ferrier wrote FOX 17 via email:

We have asked repeatedly for her to bring paperwork to us for review, interpretation and explanation.  Why is she not cooperating?