Loved ones remember girl killed while walking dog with father 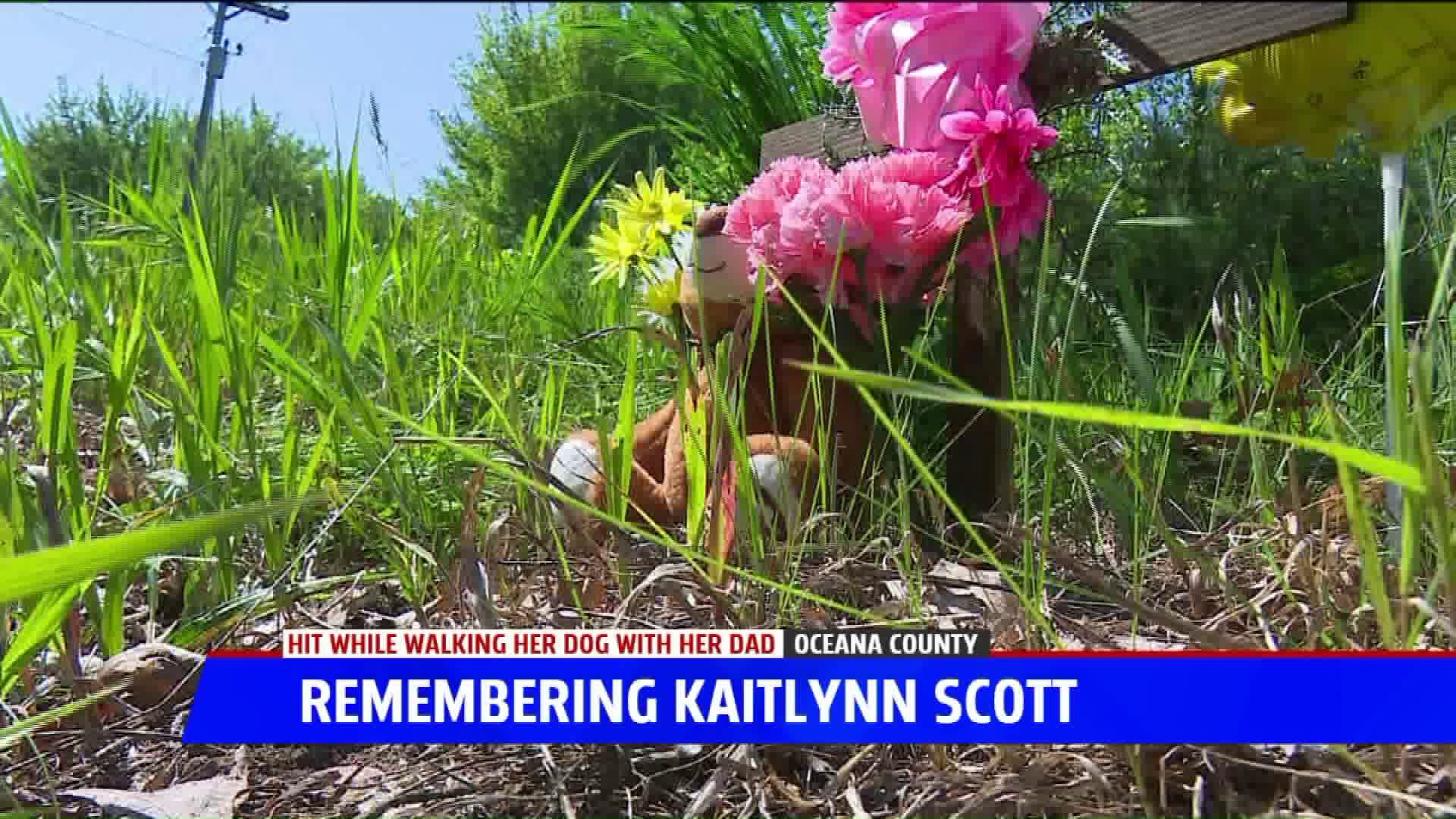 GRANT TOWNSHIP, Mich. — A community is grieving after a 14-year-old girl was killed in a crash while walking her dog with her father.

Kaitlynn Scott and her dad were walking on the shoulder of Webster Road in Oceana County Monday evening when they were struck by a farm truck. She was pronounced dead at the scene, and her father is still hospitalized with life-threatening injuries.

Some of Kaitlynn’s friends created a memorial where she was killed to honor her memory.

“I remember when we got the news, everyone in our class just went silent,” Graceann said.

She said she remembers her friend as a person who was kind and happy. But for her, it’s hard to know what to say or think when a classmate isn’t going to be back at school.

“To think that it’s — you’ll never see this person again. Someone you knew died,” she said.

While they visited the memorial, Graceann left something special behind: her good luck penny.

Now, the coin is a small way to say, “see you later” and will become part of a memorial that will last a lifetime.

“The penny becomes one with the ground, and becomes a fossil of a penny,” Graceann said.