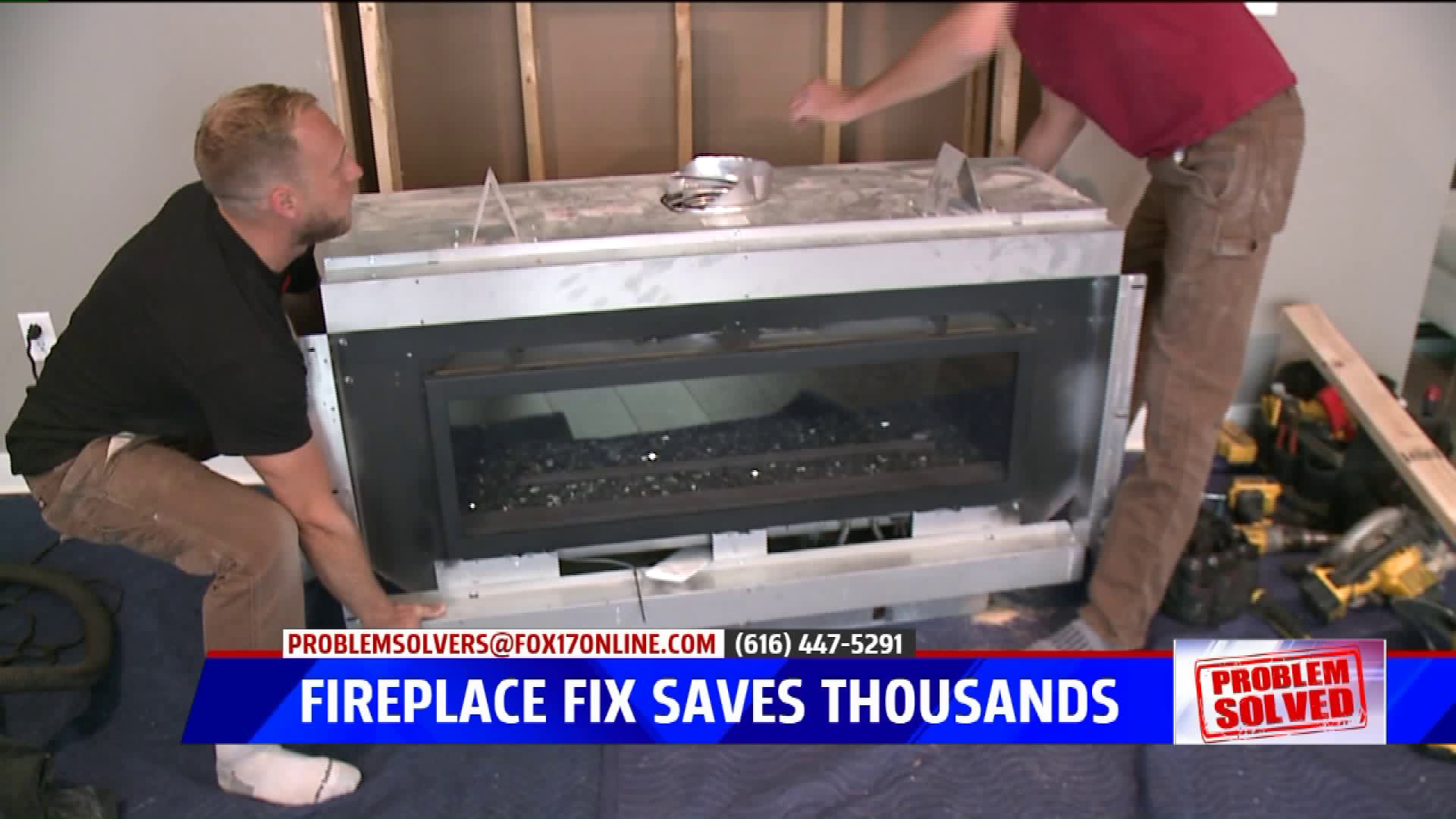 KENTWOOD, Mich. — Darlene O'Neal said her concerns over a potential fire hazard in her home are being handled.

It involves her fireplace which she said damaged her television and makes O'Neal's wall hot to the touch. The unit was installed by her home's builder, Redstone Homes.

"We had a terrific conversation. There was some acknowledgement, some apologies, but basically, I was being heard," O'Neal recalled.

She said the company has agreed to pay for the fireplace to be lowered and equipped with a mantle. The Kentwood resident said she spent several months trying to convince Redstone to lower the unit.

During that time, Redstone offered to install a mantle as a buffer for the heat and to raise her television.

As part of the solution that's been reached, she said the company has agreed to replace her television. O'Neal said the overall cost of lowering the unit, drywall work and a new television is about $4,000.

She said, "I really appreciate them taking the time to step forward, come forward, actually with a solution."

O'Neal also stated, "I am so happy, so happy I reached out to Problem Solvers."

A third-party fireplace company is doing the work.

In a written estimate, that company stated, "There was (sic) not the required clearances met according to the installation manual between the unit and combustibles."

O'Neal said, "One of the technicians did notice that there was some browning and that's pretty scary because that indicates, ya know, maybe some fire damage issues or some heat issues."

"I'm glad we are addressing it now because, who knows, my house could have caught fire," she said.

"Even though Redstone Homes did not install the television in Ms. O’Neal’s home, we are helping her remedy the situation, as we offered to do all along. In the end, our goal is a happy homeowner, and we like to help whenever we can.  We’re grateful that we could partner with Darlene to build her dream home, and pleased that we could help solve this issue for her."