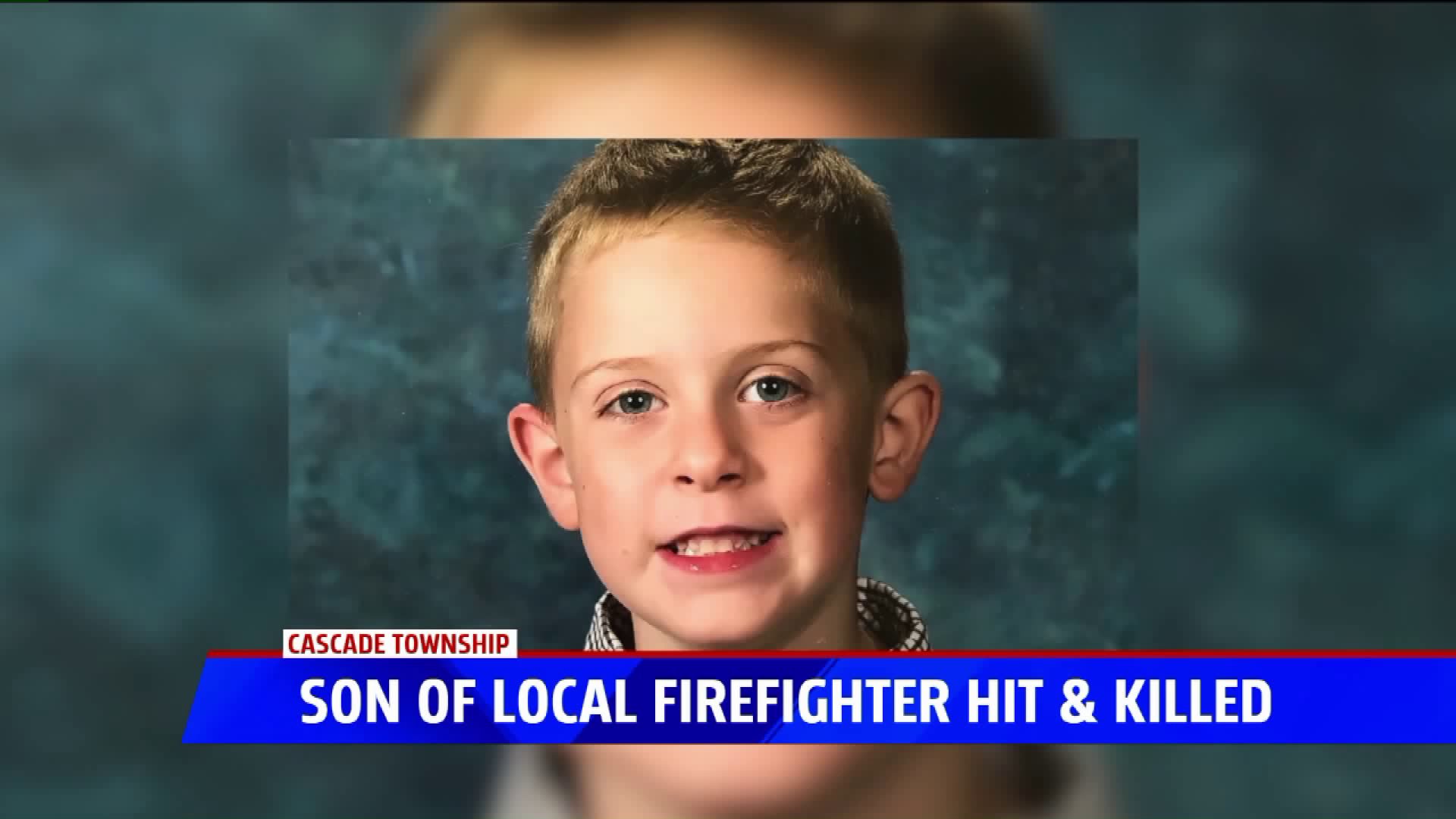 CASCADE TOWNSHIP, Mich. - The boy was killed when he was hit by a pickup truck while riding his bike Thursday night has been identified.

The Kent County Sheriff says Ryan Marsman, 6, was riding his bike with his father Thursday night on the bike path along Cascade Road when the crash happened.  Deputies say Ryan and his father had stopped at Laraway Lake Drive and then they started to cross the road.

The boy was struck by a truck turning west onto Cascade Road from Laraway Lake Drive.

A memorial to honor Ryan Marsman in Cascade Township, Mich.

Ryan was the son of a Cascade Township firefighter.

"Our deepest condolences go out to the family at this most difficult of times. An incident like this saddens all of us, Township staff, residents and our community alike. Cascade Township will fully cooperate as the investigation continues.

This incident strikes especially close to home, since this is the child of one of our own team members."

Investigators say the boy was wearing a helmet.  Alcohol and drugs are not suspected as factors in the crash.

The driver of the truck is a 22-year-old Ottawa County man.